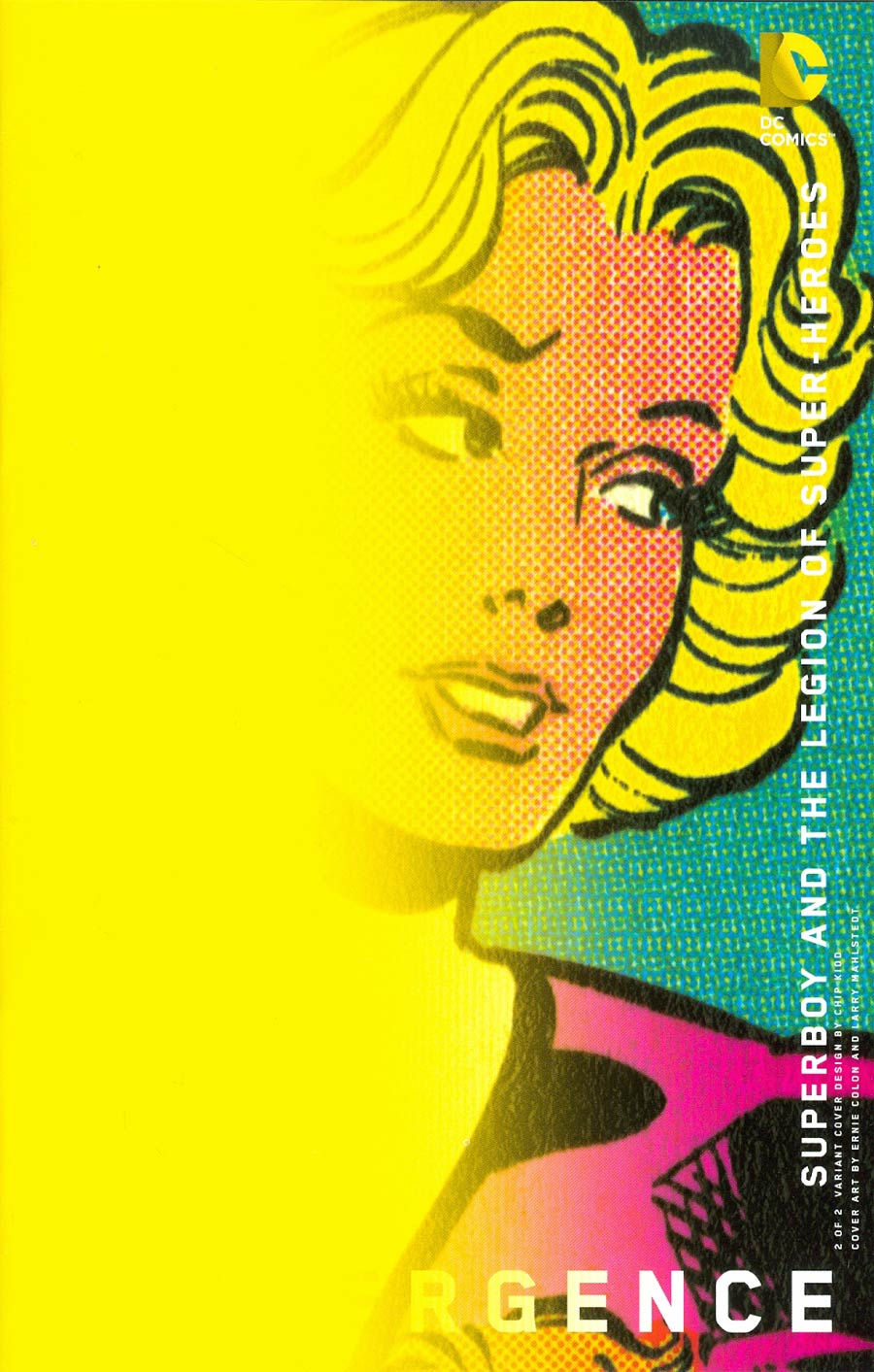 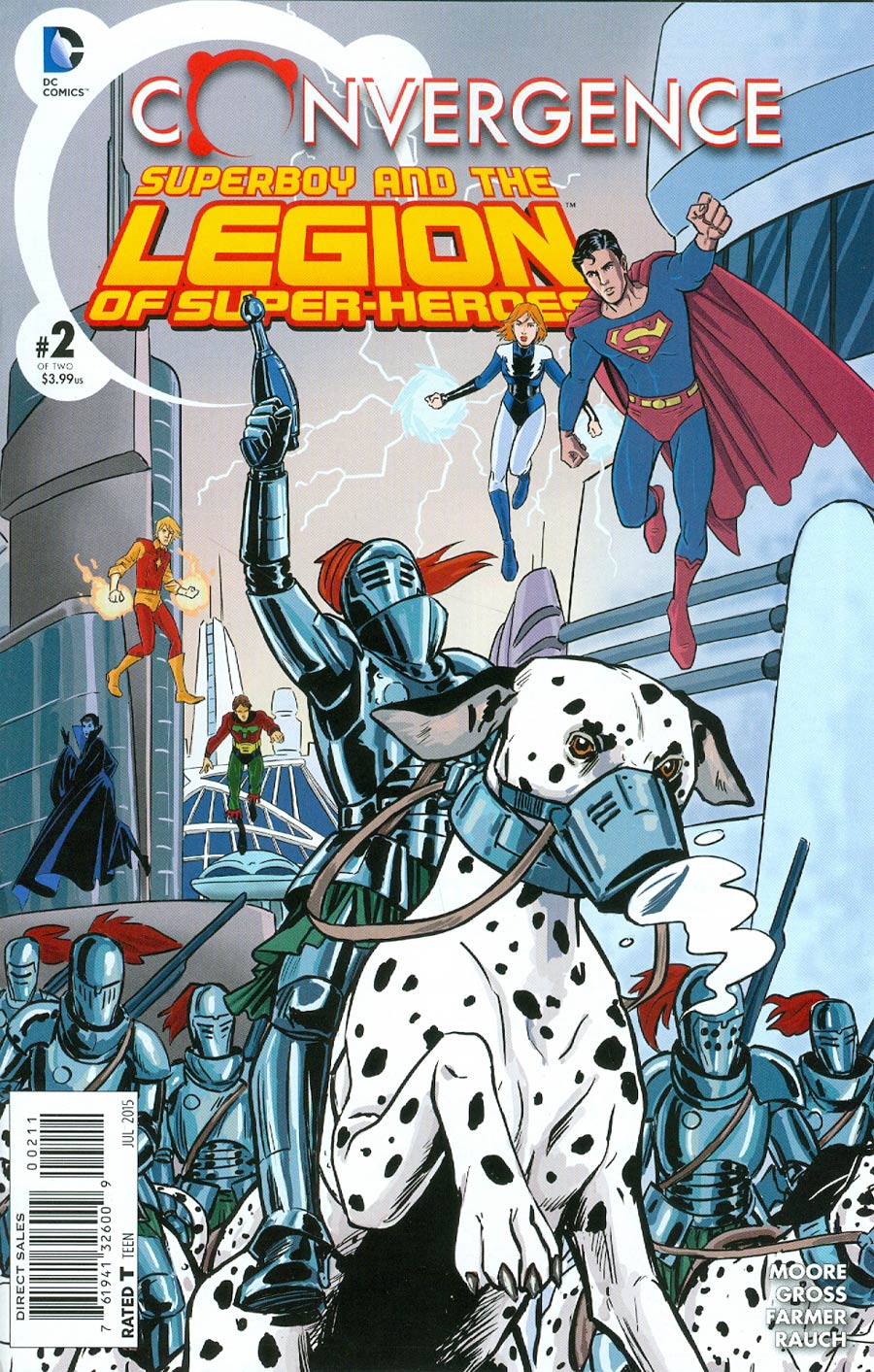 Convergence: Superboy and the Legion of Super-Heroes #2

"Down in the Bunker"

Click to enlarge
Superboy and the Legion of Superheroes are in a stand-off with the Atomic Knights. The Knights have taken whole to heart that the only means of saving their city, is to engage as Telos has prodded them to do. Superboy attempts to engage the leader of the Knights, Gardner, in a private dialogue, but Gardner will have none of it. He blames the superheroes for the fall of his world, and with a cheap attack on Sunboy, the melee begins. Despite the Legion's greater power and numbers, the Knights whittle their numbers down, until only Sunboy and Superboy remain. Gardner threatens an unconscious Invisible Kid, in order to have the Legion surrender, but a resurgent Wildfire disrupts Gardner's plan. Undaunted, Gardner unveils his trump, the Morticocus. He reasons that while he may die using it, Durvale, his city will live. Superboy reasons with Gardner, and is able to reason with Gardner, and with the help of the other Knights, Gardner stands down. The Legion and Atomic Knights combine forces to help Durvale, sending supplies and aid. And Superboy gets to share a kiss with Ayla.

Story - 3: It's quite hard to separate personal affection for Superboy and the Legion of Super-Heroes, with what was given in these two issues. This tie-in suffers from an overall lack of care, creativity, basic love of the characters. Superboy and the Legion haven't been a fixture for some time, and doing a story with them needs to tap into the energy that was produced by their dynamic, and not merely nostalgia. Two different writers on two different issues is a far cry from the work that's been on other tie-ins, such as Convergence: Superman or Convergence: Shazam! It gives the notion that this book was just one of several, and if that's the case, then there's little point in investing in this story, and it begs the question: who is the story supposed to service? Moore's writing is stronger than what was given in issue #1, but it's not enough to rescue a tale that does little more than tread water. There are many a great Legion story, and more reasons than not to have Superboy be a part of that mix, but this sadly, is not one of them.

If there was one aspect that did resonate with me, it was the juxtaposition of the Knights as opposed to the Legion. They are the heroes of the future, two very disparate futures. One where humanity moved forward from its cyclical maladies, and another where people succumbed to them. Gardner's desperation is easily relatable, as who wouldn't want to save their people at all costs, particularly after what the Atomic Knights must have experienced? However, that desperation has blinded the Knights to the prospect and possibility of help. The potential of a way that doesn't involve death and destruction. The Legion and the Atomic Knights working together by the end of tale is a good coda to the cyclical argument of superheroes these days: To do what's necessary as opposed to finding another way. The story allows for another to be embraced, but, in all honesty, that's the way that should have occurred first and foremost, before the fisticuffs began.

Art - 3: A better turn than last issue, but still a plain and ordinary effort.