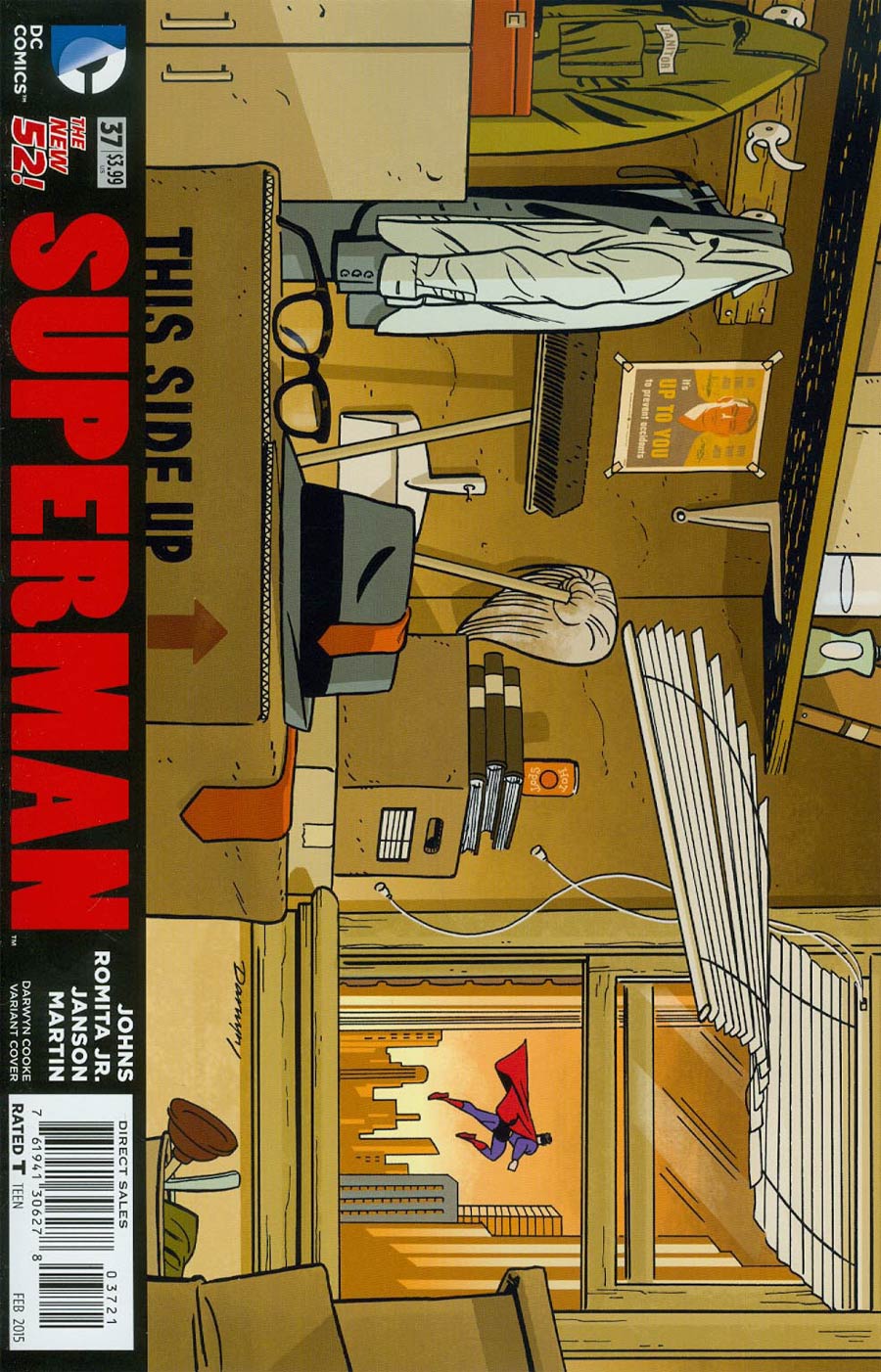 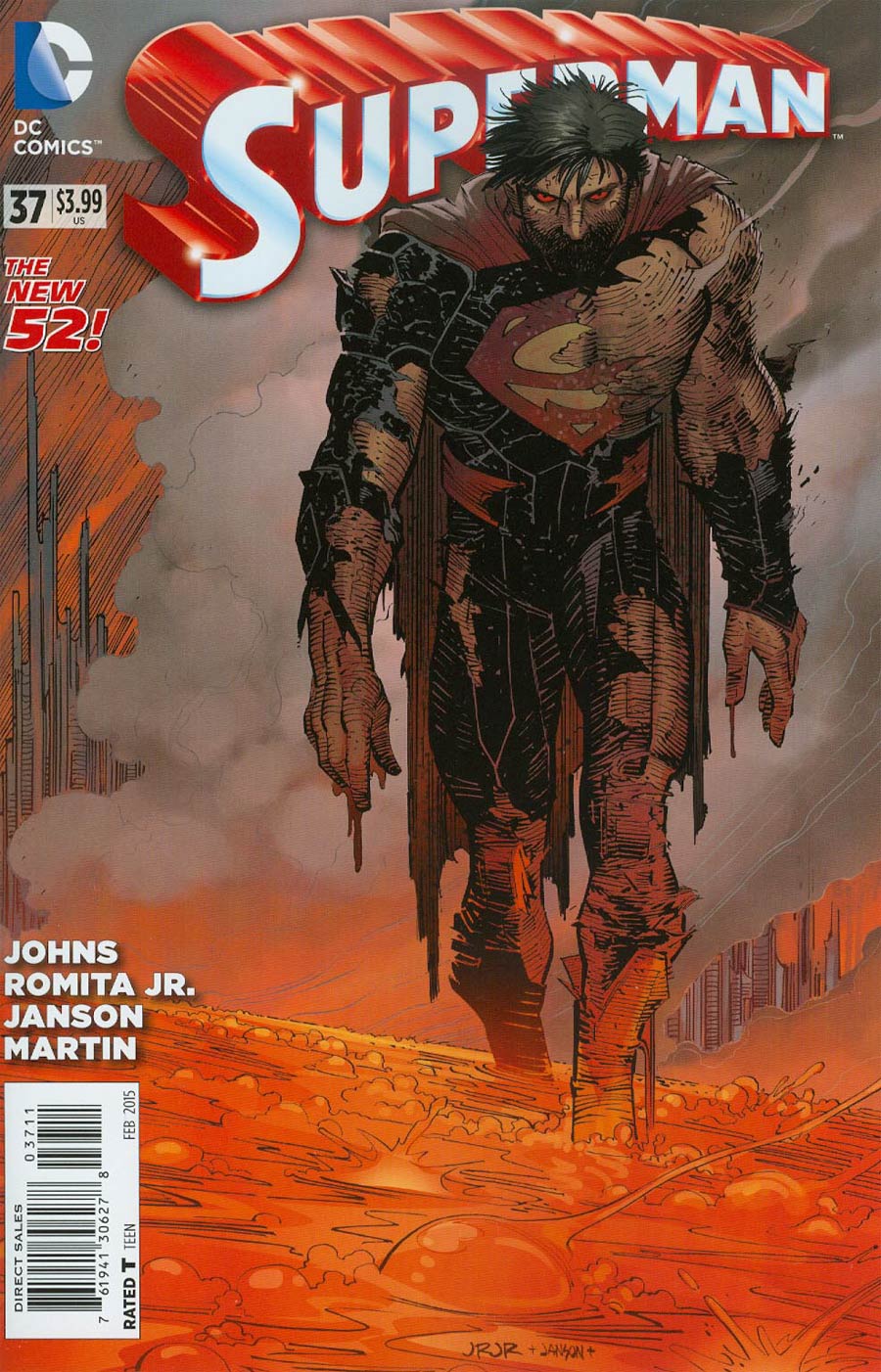 "The Men of Tomorrow" - Chapter Six: "The Great World" 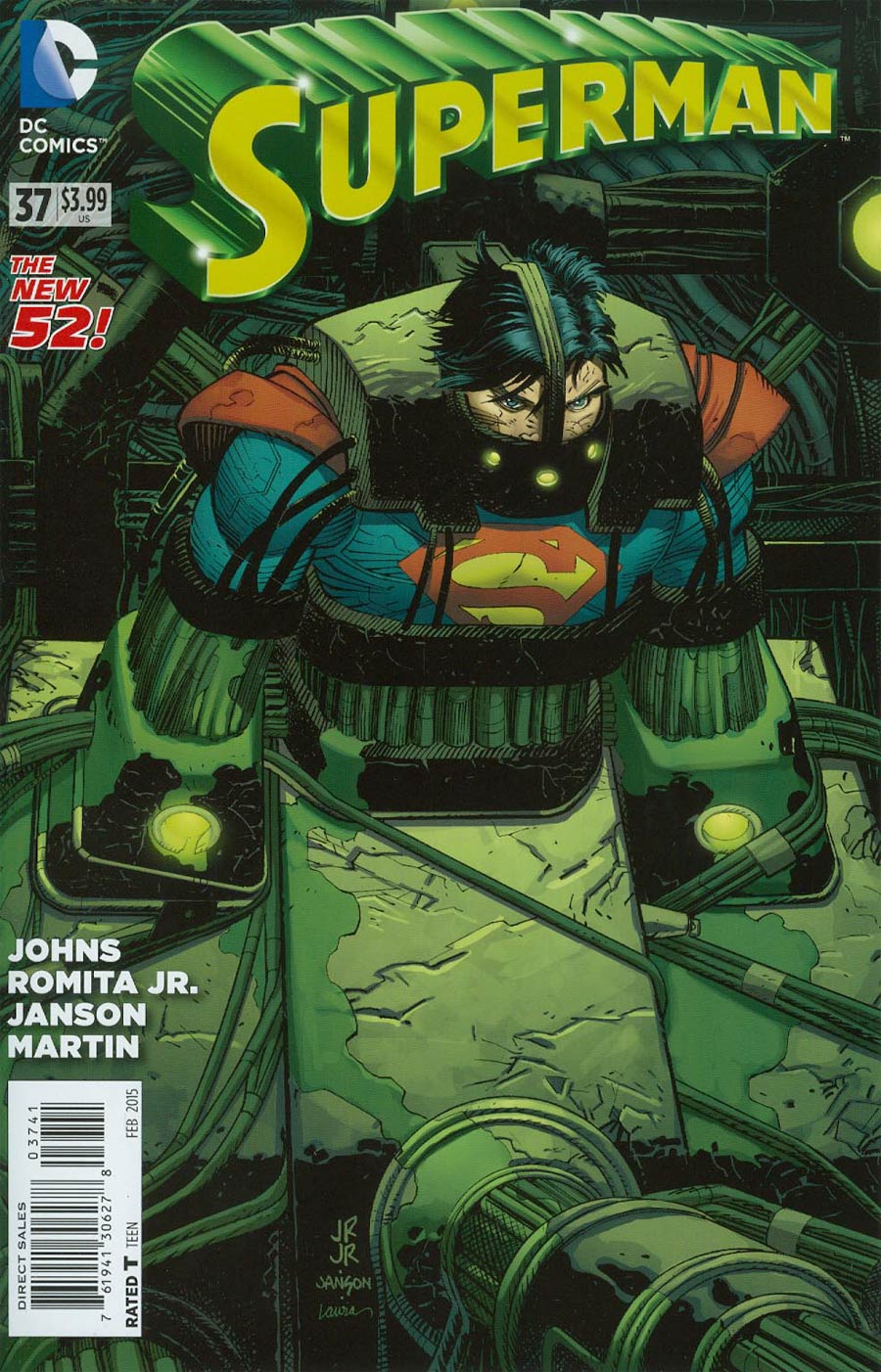 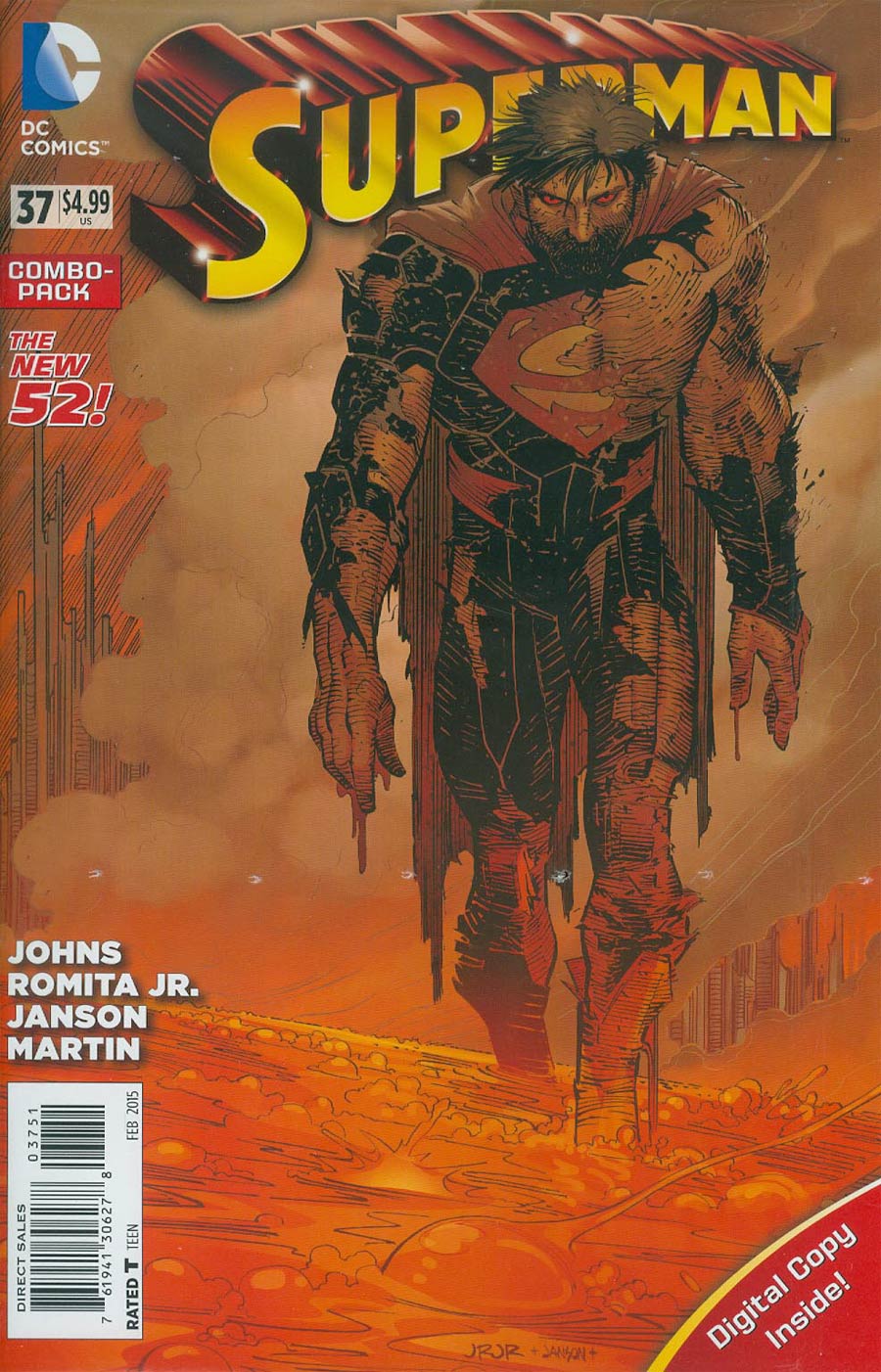 Superman is encased in restraints emanating a Kryptonite substitute while Neil watches over him. They are aboard the mothership hovering high above Boston. Klerik approaches them on the observation deck and after arguing with Neil and slapping him sharply across the face he leaves with the Seekers to continue with their plans.

Superman is perplexed by the encounter and asks Neil to explain. Neil/Ulysses reveals that Klerik is his version of Jonathan Kent, his adoptive father that brought him up on the Great World. Neil was defying his father's wishes by returning Superman to Metropolis after the crossing of the millions from Earth. Superman realizes he and the people of Earth have been duped into trusting Neil.

The former friends have a war of words over the Seekers' plans, arguing over their genetic opposites and their unique takes on humanity. Outside the ship tractor beams begin drawing up the innocent people into the mothership. Despite his warning Neil's parents are desperate to join him and force their way through the crowds and are sucked into the craft while Lois and Jimmy watch suspiciously. In an instant the mothership is back in the fourth dimension and above the Great World. Neil explains that the humans 'greater existence' is to be offloaded as cargo... to stabilize the Great World, every ten years humans must be incinerated by the planet core.

Superman is horrified, not least at the fact Neil has done this several times before. Neil explains that the Great World is like his Krypton, he is ensuring its survival. Superman argues no matter the loss he would never sacrifice the lives of millions of innocents for a selfish murderous goal. Superman pleads with Ulysses to turn the ships back and return the people home but Neil tells him the planet is already destabilized... without a sacrifice it will die in days. Neil still sees Earth as a poisonous planet and that the deaths of a small chunk of its 7 billion strong population would be a sweet release.

Superman continues to hit a brick wall with Neil until he spies the Quinn's have stowed away on board the craft. Ulysses won't allow them to die and frees Superman. The two formulate a plan to divert the ship back to Earth, taking both the Seekers and the humans to Earth as a safe haven. Neil absorbs as much battery power as he can to teleport the transports back to Earth. All the holding pens appear empty but before Superman can confirm the Quinn's are safe, Klerik attacks.

Klerik demands that Ulysses return the power to the ship before they crash into the Great World but a weakened Neil can't do it fast enough to stabilize their position and the ship crashes. The force of the crash has started an early implosion and with only seconds to spare Superman rescues Neil before the planet dies.

As the two titans float in the fragments of the planet Ulysses/Neil wakes up and asks Superman telepathically if he heard the Seekers' dying screams. Believing Superman tricked him Neil begins battering the Man of Steel and then, clutching him round the throat, he envelops them in his energies...

Story - 4: The curve ball was great, the twist to the story, though predictable was played out extremely well, though the lies make the earlier encounter on Earth with the Machinist now a rather odd inclusion which actually dulled the impact. The emotional scale and dilemmas were extremely powerful and, like any good story, made me question what I would do if I were in the exact same position. A Superman Homepage staff debate is surely in the off with this one! I can definitely see why both Men of Tomorrow took the angle they did, I think I would still side with Superman, though Neil did argue his point very well.

How does this all play out? I am honestly very eager to find out what happens next!

Art - 4: Oddly enough the scribbled nature of the art, which has declined with each issue, was extremely appropriate to the pace and strength of the issue. I know the Super community is strongly divided with this team's artwork but the energy levels were through the roof here.

Cover Art - 2: This may be the main cover but - wow! It's just looks awful. Superman is excessively hairy, dark and misshapen. It's obviously supposed to be a hellish opposite to last months heavenly version of Ulysses but it just isn't good, more than that, it is far more Batman territory than Superman.

Cover Art (Alternate John Romita Jr.) - 4: This one actually follows the flow of the story, thus it holds more gravitas. You are just waiting for Superman to rip off the restraints and cut loose against Neil and his friends.

Cover Art (Alternate Darwyn Cooke) - 5: It may seem odd giving this a 5/5, especially as Clark Kent has all but vanished since 2011, but this cover just reaches out with iconic strength of mythos and character. Darwyn Cooke just gets Superman.

Cover Art (Alternate Ethan Van Sciver) - 4: A random cover with nothing to do with the interior, but it still looks 'Super' despite the fact Superman doesn't wear his suit like this anymore.

If I had to pick a favorite overall it would have to be the Darwyn Cooke one!