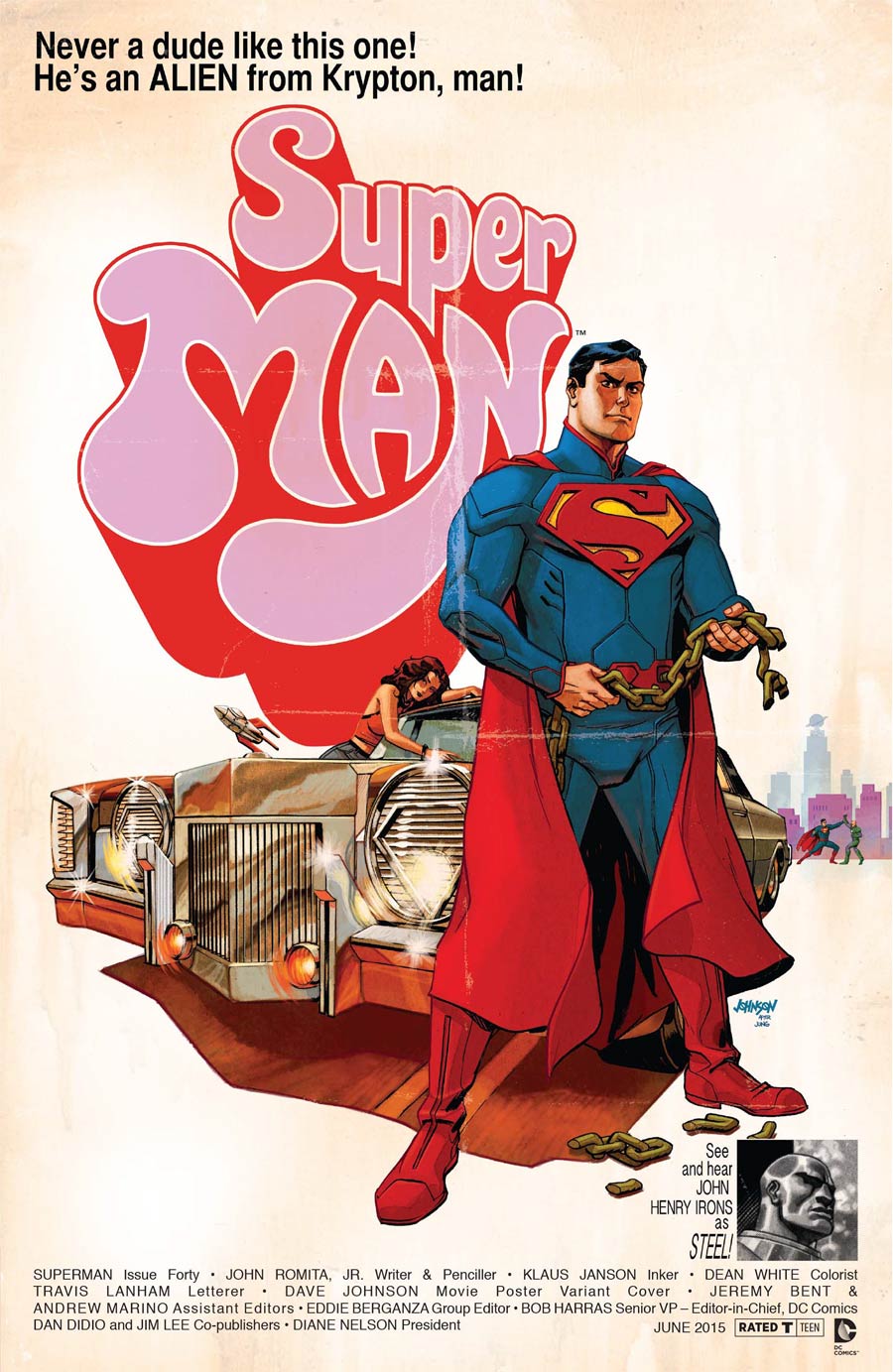 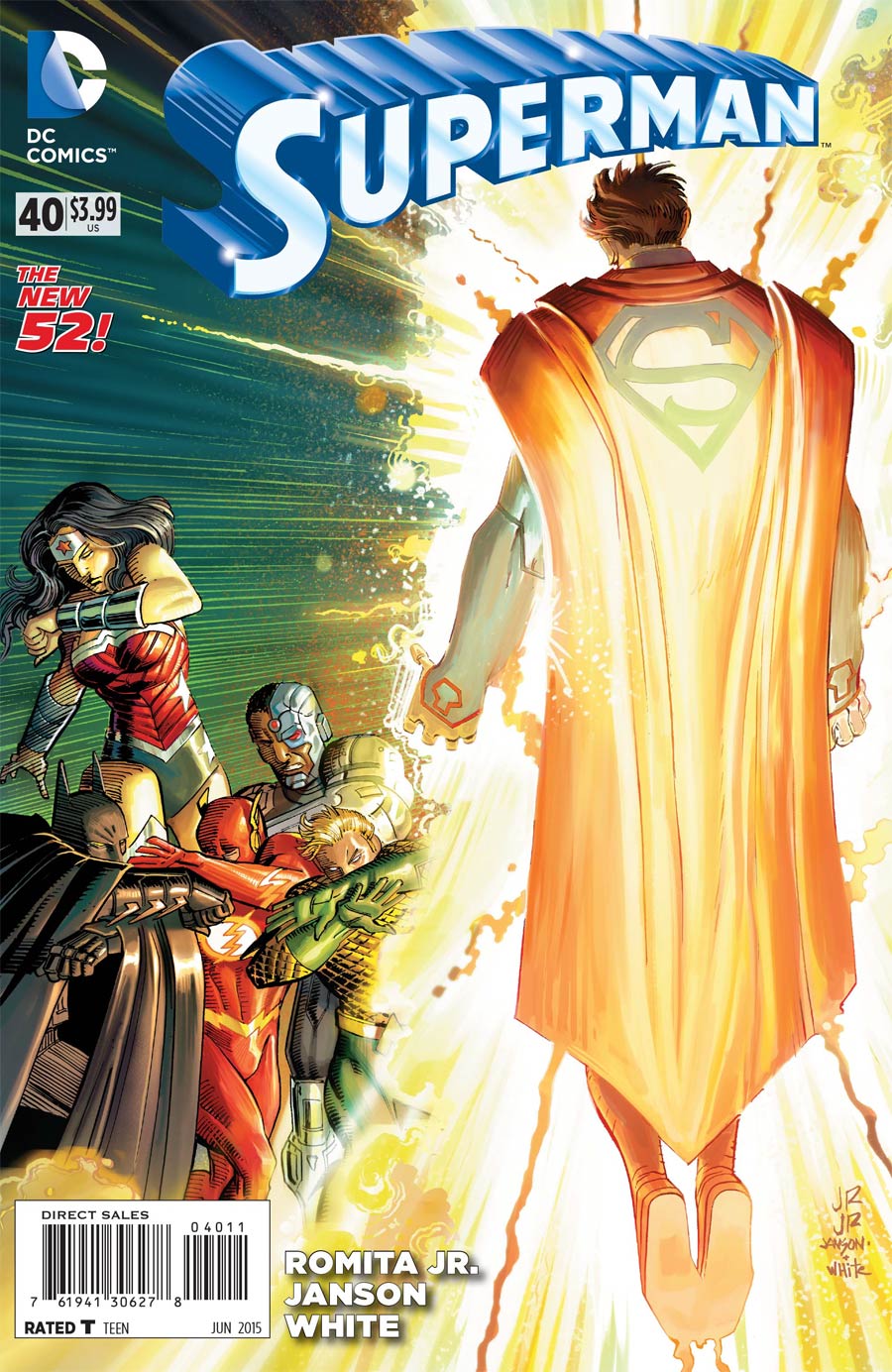 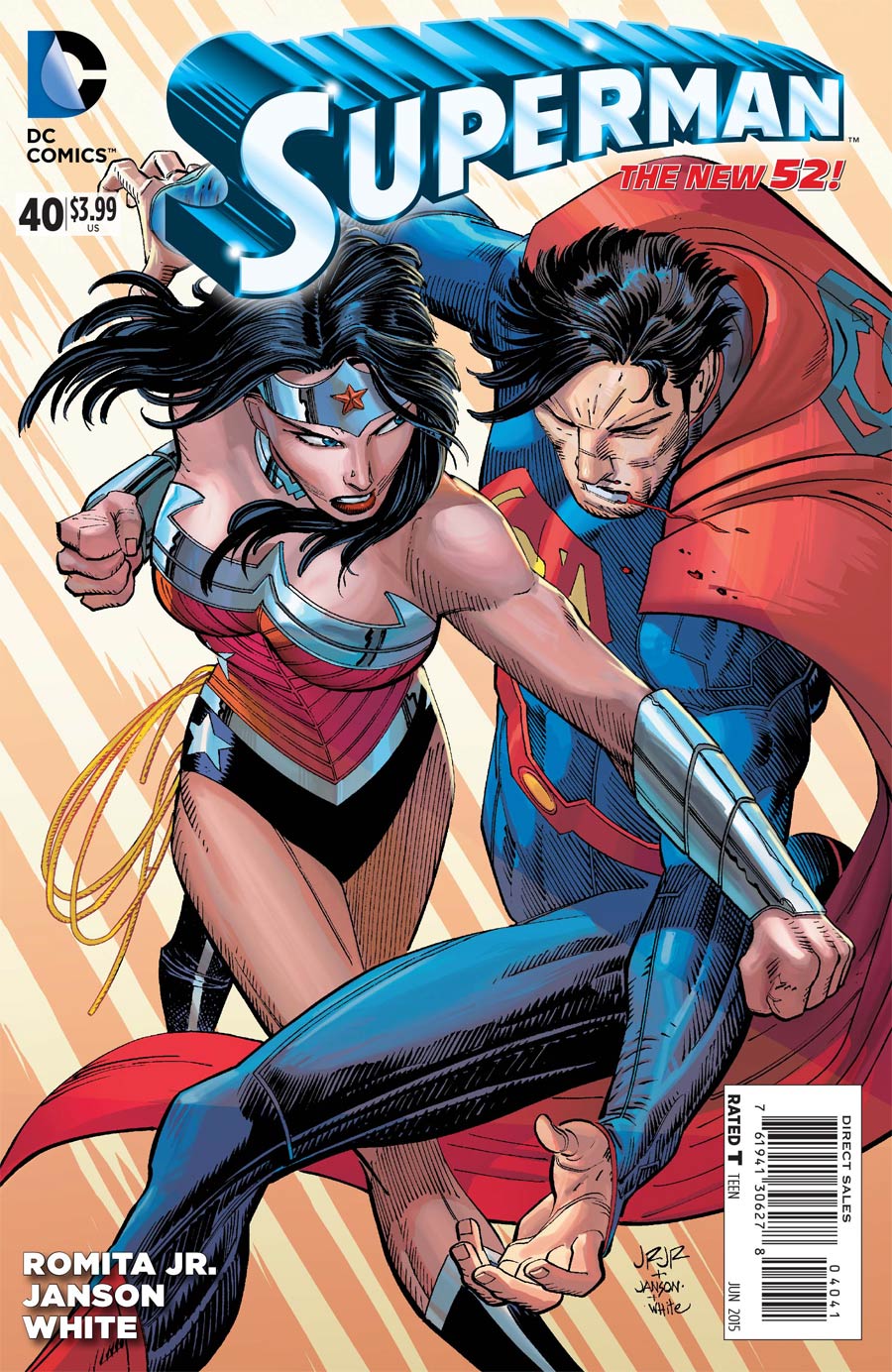 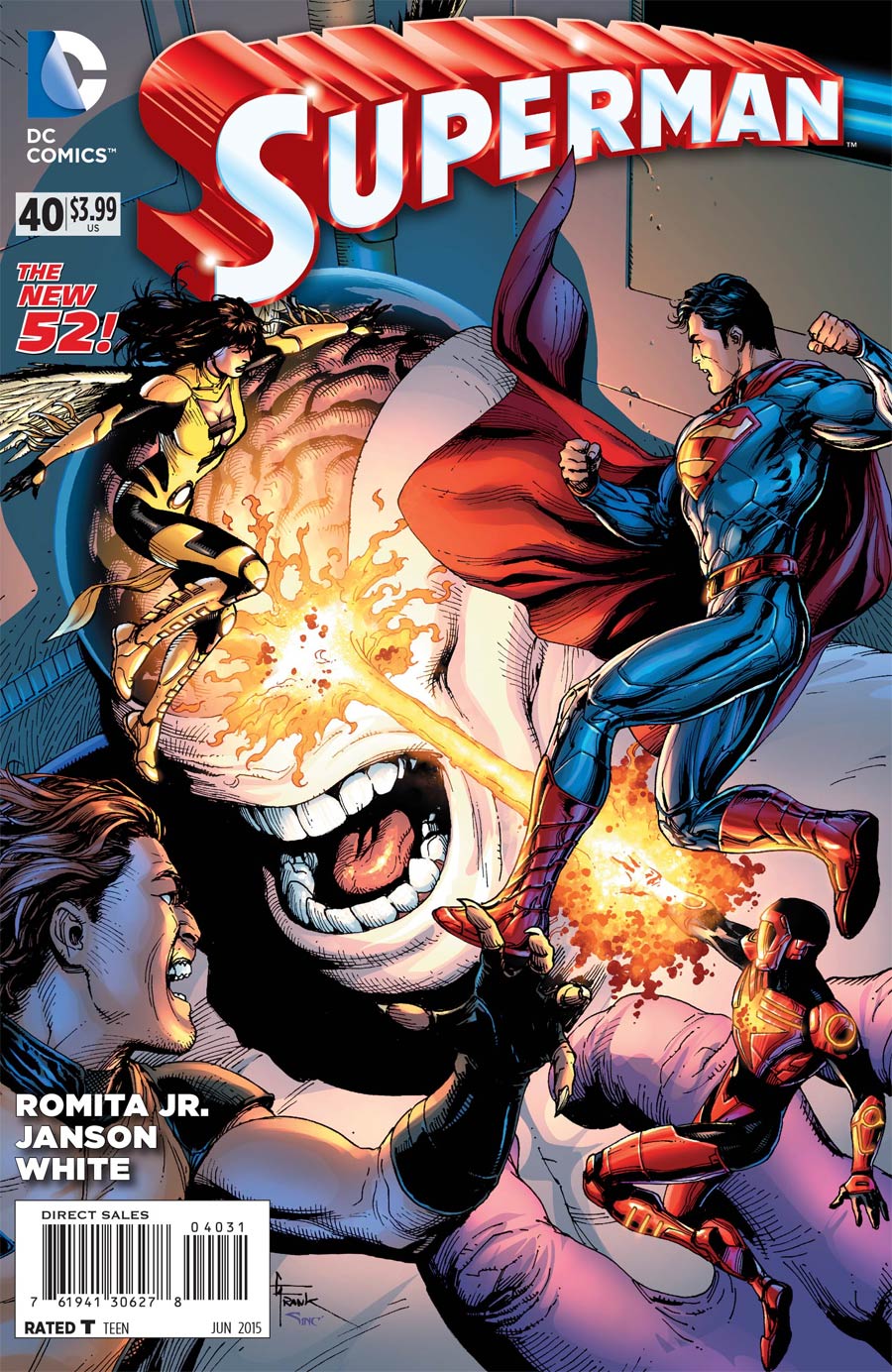 Superman is in Outer Mongolia playing around with his solar flare power on a remote mountaintop.

A reluctant Batman, annoyed at being made a 'taxi service' picks up a now naked and powerless Clark Kent and offers food, clothing and a trip to the JLA Watchtower.

United with his fellow Leaguers Clark tells the team of his love of being completely human while his powers recharge. His teammates however are less than impressed at his abuse of power considering he is unaware of the limits, an evolution of his ability or a sign they are disappearing altogether.

Cyborg decides a JL1-1a test is in order - this involves a 'rec room' where all the team can unleash their full power and weaponry against Superman. Power returned but more tests reveal the extent of his reflexes and later in yet another room Clark tries to control the trigger of his flare. The resulting explosion reveals his burst is not only explosive but it has EMP capabilities as it knocks out power on the satellite.

Tired of the tests the team decide on some downtime and head to Metropolis for a social night of booze and food. Cyborg calls in and tells Bruce that with a few adjustments they can harness Superman's power and even store some of the expended energy. Not used to getting drunk, Clark is quickly overcome by alcohol and by the next morning he is sick with a hangover. A news bulletin wakes him with news of three men with tech weapons shooting everything in sight. Suiting up, a sickly Clark races to the rescue as a slowly powering up Superman. The Man of Steel hasn't enough power, so he leaps across the city to intercept the three killers.

The three villains are enjoying the guns a mystery benefactor awarded them and don't hesitate to shoot at Superman with their weapons. A bloody Superman tries to hide the fact he is hung over and injured. He uses rubble to deflect blasts and takes them all out. Superman gathers up the weapons for Cyborg and Batman to check over but he is too late to stop passers by videoing him.

Later the videos are being transmitted all over the news and they reveal a severely injured Superman. Clark arrives for work covered in plasters and hiding his face behind sunglasses. Lois notices both Clark and Superman are sporting injuries in exactly the same places and something clicks...

Story - 1: What happens when you hand over the writing reigns to someone who doesn't write or understand the character? This book.

Awful, clunky dialogue. Embarrassing... Clark has lived on Earth his entire life and doesn't know mouth wash is to wash your mouth and not drink down?

Clark is written as a selfish arrogant, buffoon here. No matter the personal benefit, Superman just wouldn't risk his ability to help his fellow man for experimenting with beer and Italian food. I can see what JR JR is trying to do, what he's trying to convey, 'life and its new experiences' but in all honestly he should stick to art because a writer his isn't and debatably his art is divisive also. Also I have to ask - THIS IS HOW LOIS FINDS OUT? Really? Seriously? Just all 'round awful.

The art is lazy. The more energy exploding all over the place the less art has to be drawn. Even the comedy moments are as painful to see as they are to read.

Cover Art - 1: Anatomy done wrong is painful, so color it one way or another it still looks bad. Would Superman really try out his solar flare (that can incinerate anything nearby) right by people that aren't invulnerable? Was this really a cover design worthy to usher in Superman's new era and power?

It oozes style, a retro design and slick composition paying homage to the poster and medium it is trying to emulate.

Some of these variants are worthy of a poster or print!