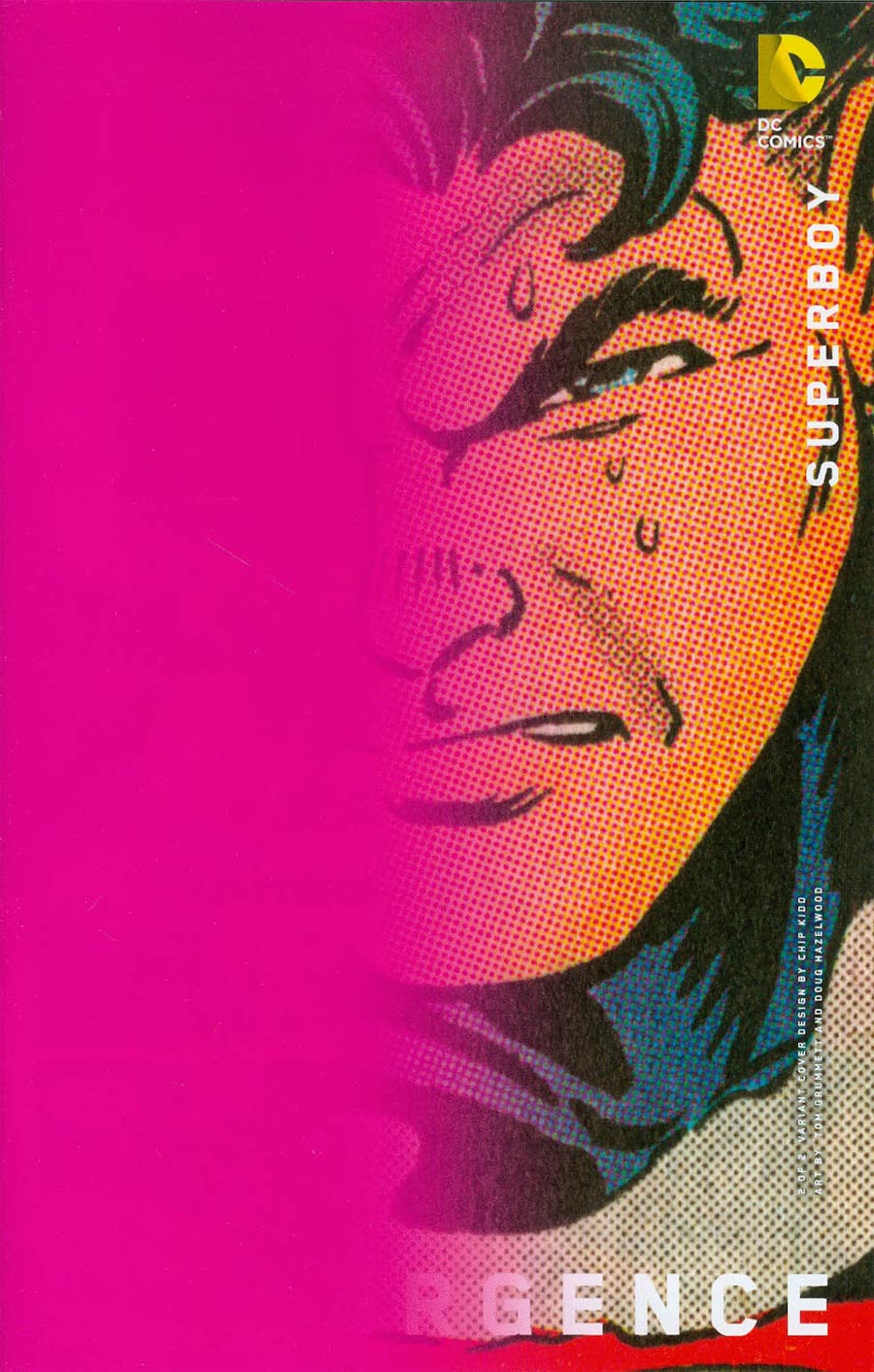 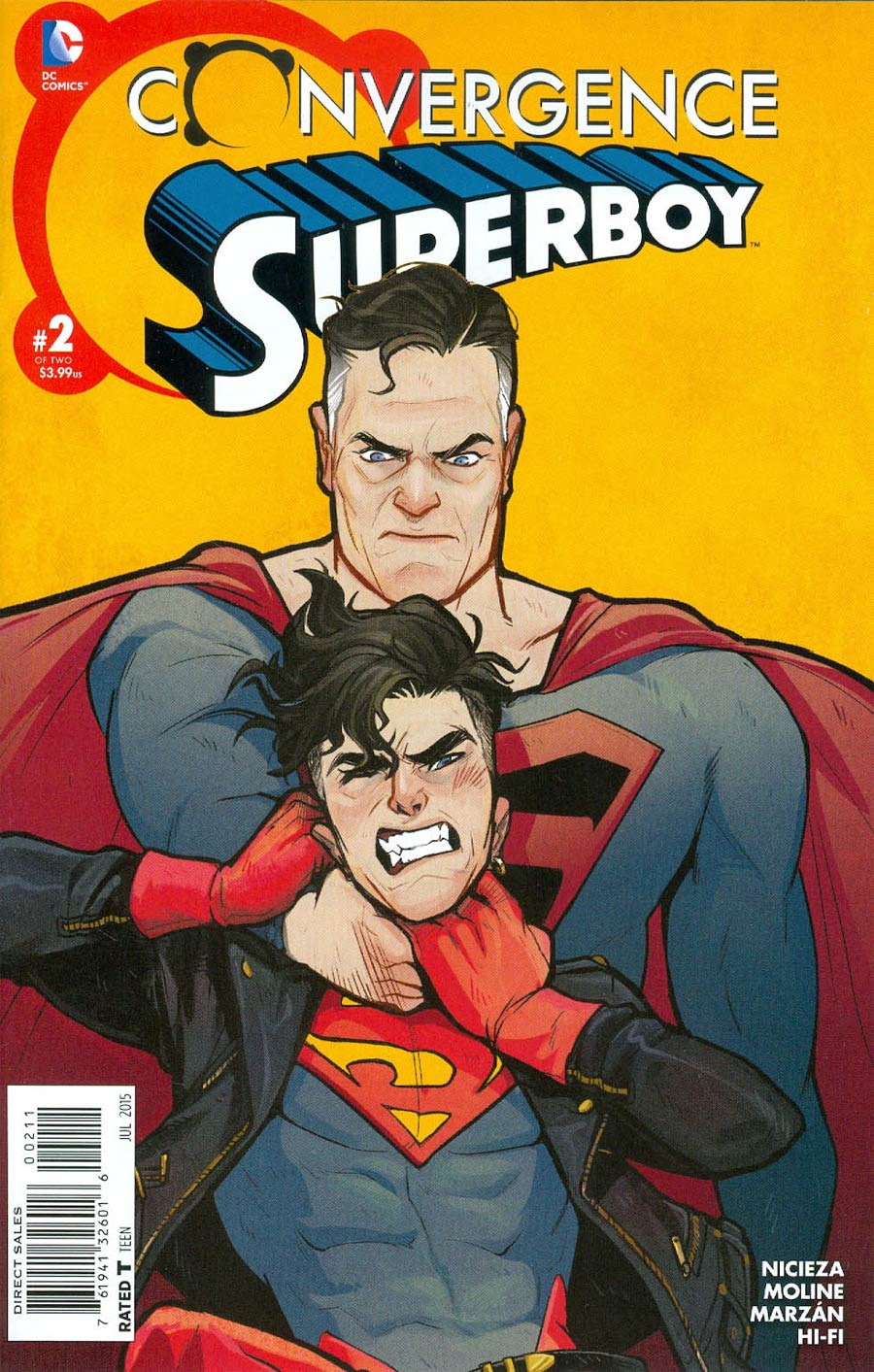 Click to enlarge
Dubbilex and Serling watch Kingdom Come Superman and Superboy fighting it out in Metropolis as they head to the airport. Red Robin KC and The Flash KC are picking up the pieces, saving civilians and trailing behind as the two heroes duke it out. A curious battle ensues between the titans. Superman swears to find a way out of all this if Superboy gives in and surrenders his city, all the while slamming an aircraft into the teenager. Superboy too is bold and brash with his TTK and in turn uses his unique power against the older Man of Steel.

Superman tells Kon that if he were smart, noble and truly a hero he would see that the only option is to give up. Superboy however realizes they have three adult heroes from Kingdom Come fighting him whereas he is only one teenager. Dubbilex is watching via drone and realizes Superboy is truly heroic, his heart is in the right place but his pure heart might lose them the battle as he is thinking with that and not his head.

Over the river Kon and Kal argue until Superboy uses his TTK to hurl Superman miles away, the respite however is short as The Flash races forward with a series of superfast blows. Superboy disrupts the water so he sends The Flash deep into the depths as he races after his main opponent in Metropolis stadium. While The Flash recovers, Serling begins calculating scenarios on the survival of Metropolis. It will be destroyed in thirty minutes at their continued level of fighting.

An earthquake begins and pulls Red Robin and The Flash out of the fight saving civilians from both cities as they begin crumbling under the strain. Superboy refuses to give up, Superman, his Superman, would never give in when people were in need. The fight then carries them outside a familiar building, the Daily Planet and there Lois & Jimmy are trying their best to cover the story. As the Kryptonians find themselves on the sidewalk, Lois and Jimmy edge closer until Clark realizes his long dead love is alive, well and standing in front of him.

Dubbilex monitors the meeting of Lois and Clark and their rush of emotions. When Lois asks Superman what's going on he explains things from the Kingdom Come perspective and gives the impression that he and Superboy are trying to reach a peaceful conclusion. An angry Kon hurls a piece of sidewalk at Superman without thinking it of course doesn't hurt Clark but a sliver breaks lose and cracks Lois on the forehead. The Flash takes Lois from Clark's arms and takes her to hospital. While Superman realizes the devastation they are causing through their selfish need to win.

Superboy points out that no city has any idea who they're dealing with, who the mastermind is behind this all and Red Robin steps in to point out that they are three more accomplished heroes, where he is only one and that being the case they stand more of a chance than he does of finding out answers and stopping it. Dubbilex intervenes telepathically and asks Superboy to think about what Superman would do in this very situation. Superboy looks around at the devastated city, turns to his older self and asks if he has to die for his city.

Superman refuses to kill and tells him that to win unconsciousness will have to be the only answer for the powers that be, so Kon surrenders his TTK field, slacks up and takes a sacrificial punch from Superman that sends him reeling to the floor and out for the count. Jimmy photographs the blow and Kon's sacrifice as Red Robin and Superman discuss the events. Red Robin laments their actions and praises the teen for his courage. Superman points out that despite his initial misgivings, Kon was truly a determined hero that was worthy of the name Superman.

Story - 5: Thank you Fabian Nicieza, Karl Moline & Babs Tarr for making me remember how good Superboy is. Your story and artwork is exceptional.

What a fantastic finale! It showed no matter the scenario, Kon-El would always eventually be a worthy Superman. Yes, he was brash and unthinking, but he was truly thinking with the heart of a hero despite the odds of three against one. The characterizations were on point and brilliantly done. Kon realizing the consequences played out so well that his ultimate sacrifice dwarfed that of Kon in Return To Krypton. Superman though noble was a tad condescending in his treatment of Kon, mostly due to the events on his own Earth but even he is worn down after seeing Kon submit to their plan. I must admit if I were in the same position, with Kon's power, I probably would have done the same as him, but I too don't think I'd have been as courageous as he with his sacrifice. Nicieza delivers a chapter, like Dan Jurgens that proves better than the core story it spins off from.

For all the bravado, Kon was truly a worthy Superman to me.

Art - 5: Holy moley! The airport fight! Wow, the whole comic just buzzed with energy! I found each turning page to outdo the last. The fight on the river with Kon using his TTK was fun to see. The flip throw hurling the older Superman for miles made me smile, but the double page spread with Kal-El using a plane to batter Kon is my favorite. Why can't comics be fun? I hate that it has to be a retro event that makes me think it, but Superboy just hasn't been fun, engaging or interesting since the 'new and improved' revamp. In the 90s Superboy's company rival equivalent was Spider-man, that says a lot.

This cover is awesome and makes me want more.

This cover not only captures the spirit of the story but the series and character is sprang from.

Variant Cover Art - 2: Speaking of capturing the spirit. Why spoil the brilliant art of the original team?

I'd rather see it pure without the extras, thanks.

NOTE: Babs Tarr shared variant cover sketches for Superboy: Convergence #1 & #2 on her Twitter account. We've included a few here for you to see. 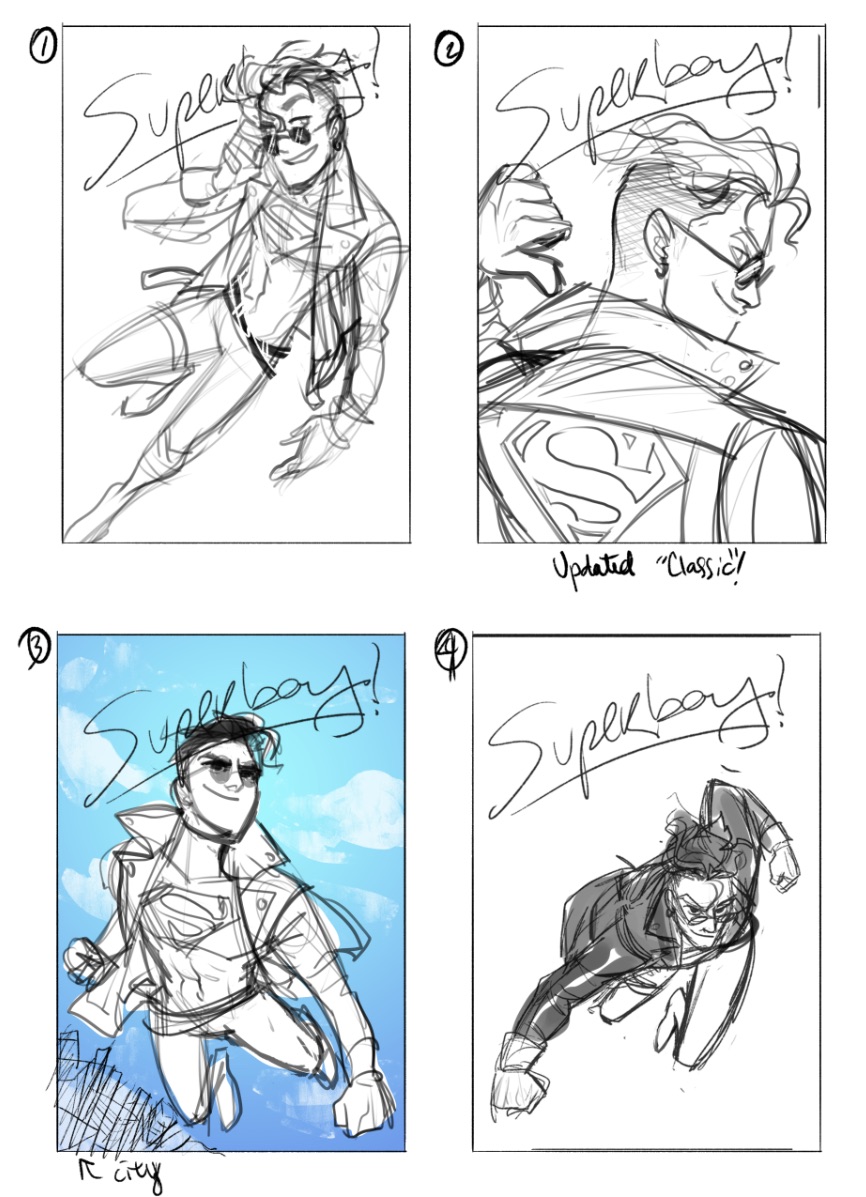 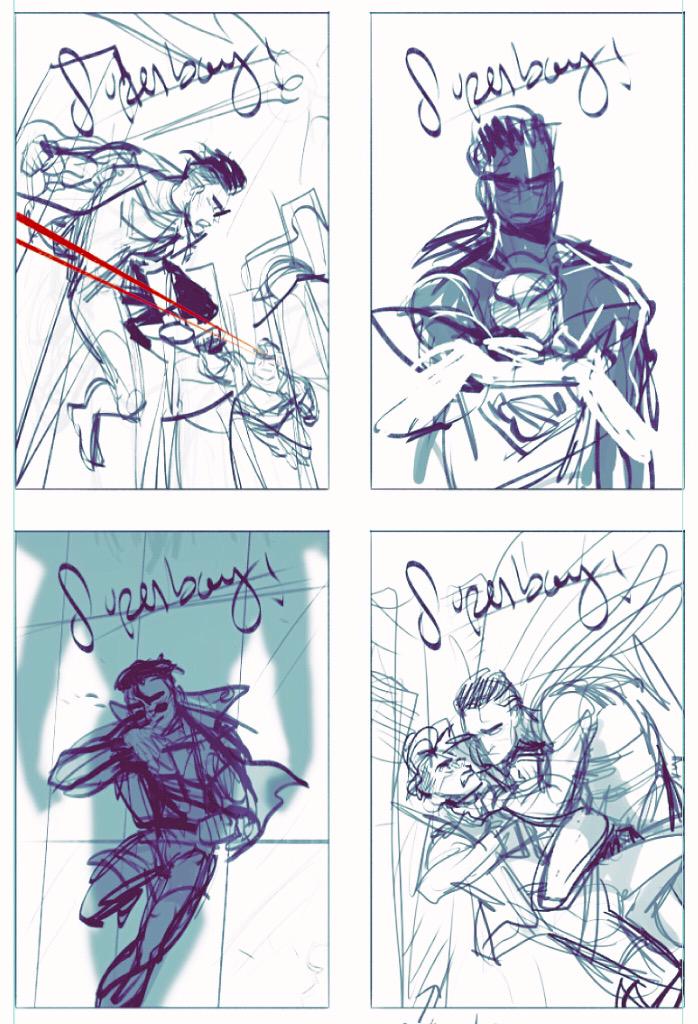