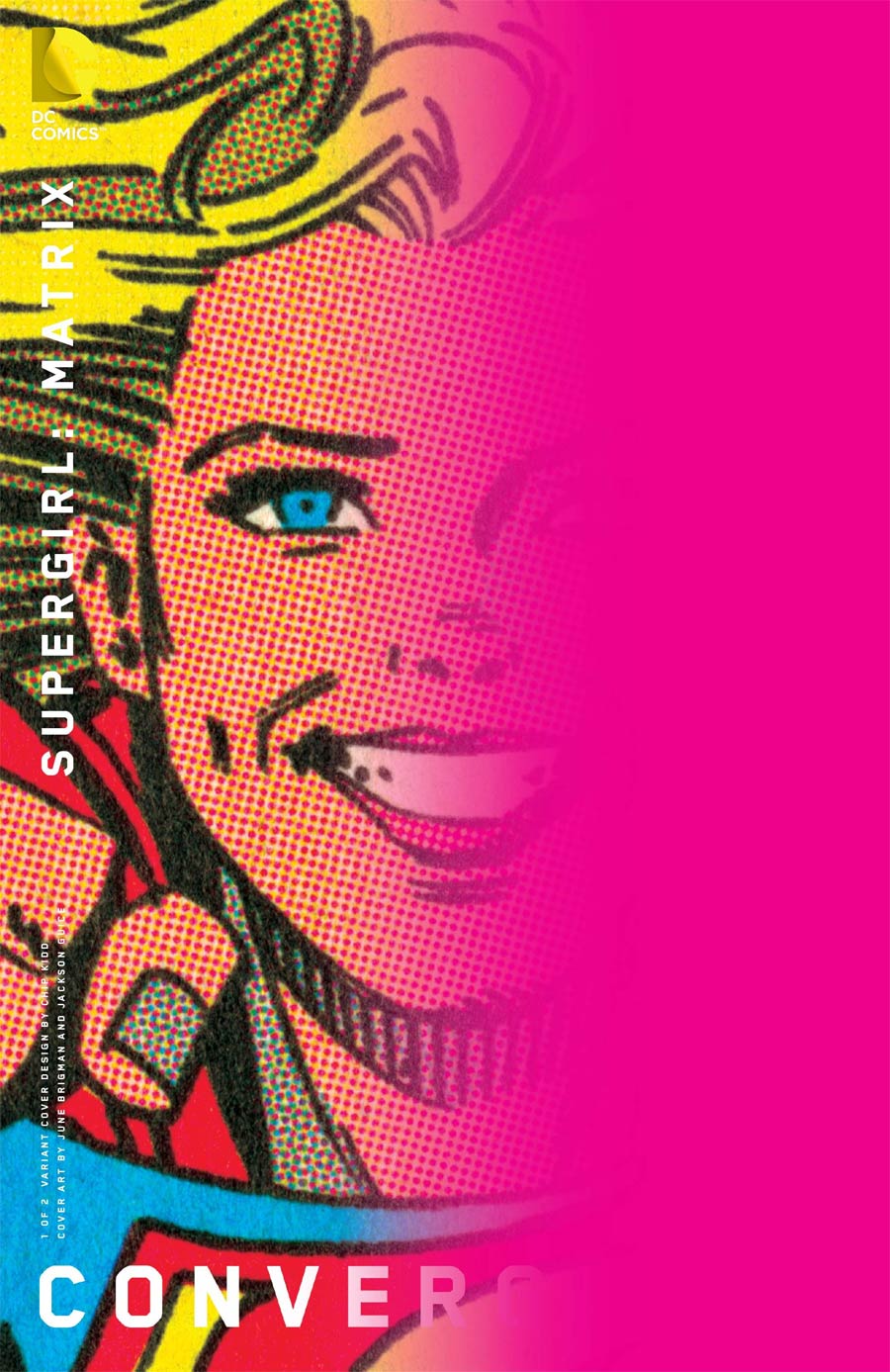 Click to enlarge
Amid Lex's insults and banter, he and Matrix watch pigeons as the dome of their Metropolis on the planet Telos goes down. Wanting to find a way off-world, Lex has sent Mae to look at a teleportation device. Mae begins her mission only to be interrupted by Lady Quark and Lord Volt, a super-powered married couple more interested in their own domestic squabbles than anything else. They won't have time to bicker if they cross this Supergirl.

Matrix is fed up with Lady Quark and Lord Volt's interference and Lex's insults. She makes short work of the arguing couple and accidentally destroys the teleporter searching device. However, Supergirl finds herself in the midst of chaos as she wonders if other cities will offer sanctuary. Ambush Bug then tells her that milk of human kindness has soured, but he must talk with Matrix, who smells like spackle. What will Ambush Bug and Supergirl find once they eventually team up? Tune in next month for the answer to that question and many others nobody wants answered.

Story - 4: I went into this series cold, meaning I haven't read other "Convergence" books. I really wasn't sure what to expect. I love Giffen's Justice League and Defenders with J.M. DeMatteis. That said, I'm glad to see his writing style in a superhero comic.

Some insults and jokes went on a little too much for my taste, and I felt like I was watching an episode of Under The Dome, (the funniest comedy by Stephen King). Lady Quark and Lord Volt reminded me of my parents, which is cringe worthy. However, I was still greatly entertained by this issue. I haven't laughed so much since the aforementioned JLI books. Put Keith Giffen in a monthly book again. He's just what the comic book industry needs.

Art - 5: The art works well with the story's style. Had the tone been more serious, it probably would have made the book look badly. As it is, I find the visuals perfect for Giffen's tale.

Cover Art - 5: It does give a more serious atmosphere to what is otherwise a comedic superhero comic, but I always enjoyed Howard Porter's art. The image does mislead a bit. Yet, I'll let that slide.