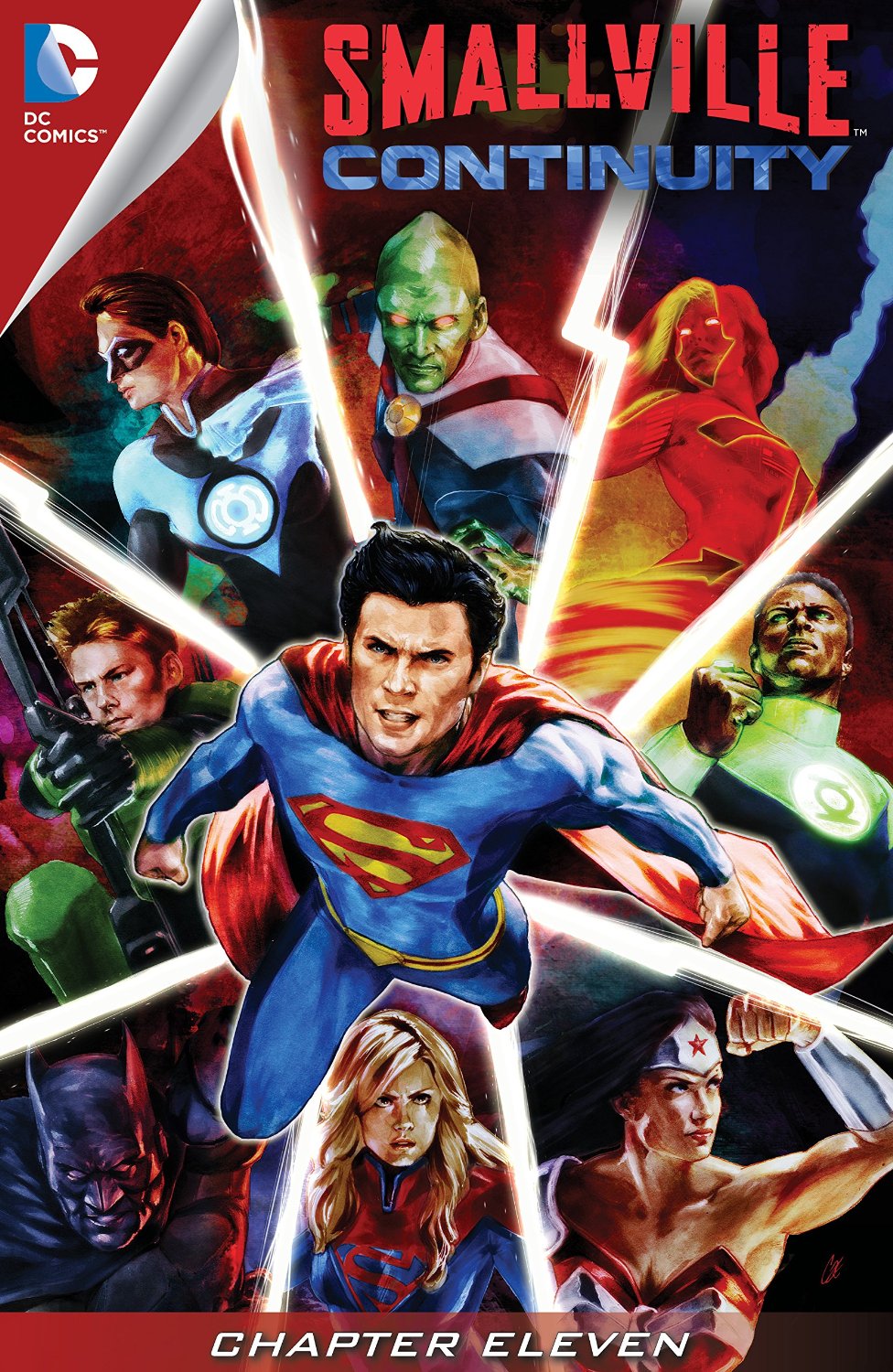 Click to enlarge
It is weeks after the statue unveiling and we find Tess Mercer and Emil Hamilton on a dinner date. Tess now sporting a 3D printed skin that allows her to taste and feel. They kiss and Emil tells her he hopes to be clear for space travel soon so he can visit her and with that she transforms into Red Tornado and soars space-bound to a new base... The Watchtower, fully recreated on the moons surface.

Diana and Director Steve Trevor meanwhile welcome Chloe and Oliver to the DEO headquarters, based underwater just outside of Washington D.C. Diana asks the Sullivan-Queens if they would like to join a newly formed team and of course they say yes without a second thought. And so introducing five new recruits Oliver Queen becomes the leader of The Outsiders.

Lex meanwhile is driving to an appointment, Otis has been replaced by a young lady named Kitty. She proves to be extremely efficient, but she will never be Otis and Lex feels pangs of sadness from that. He arrives at the White House where the President personally thanks him for his involvement in preventing the continuity reboot. He also offers Lex a position in the White House as the liaison with the Justice League.

The President asks Lex if he ever considered a career in politics and Lex smiles telling him he always felt he was destined for great things...

Story - 5: It's all coming together and this chapter offers endings that are palatable and new beginnings that fill one with excitement. Tess has her body back, a love interest and the Watchtower which was a fitting new era for her. Ollie has a new team that I never saw coming to be honest, though with his early introduction being an allegory for Batman I guess it makes sense that he would lead the Outsiders - though it might have been nice to introduce who each of them was for those not familiar. The big finale with Lex was just pure brilliance. Is Lex really a good guy now, Otis' death has certainly made its mark on him and perhaps this will be something that tempers his dark side. I said perhaps because I can't be alone thinking, 'Are his first steps in the White House leading to bigger things?' Almost certainly. The ambiguity of his ending fills the reader with excitement.

Art - 5: The inking was a little heavy in places but it's absolutely forgivable considering the action in the series has come to an end and the drama is now what drives the story. Not many artists seem to be able to illustrate high drama and that includes many of the 'Big Guns' of the comics industry! Bravo to the art team.