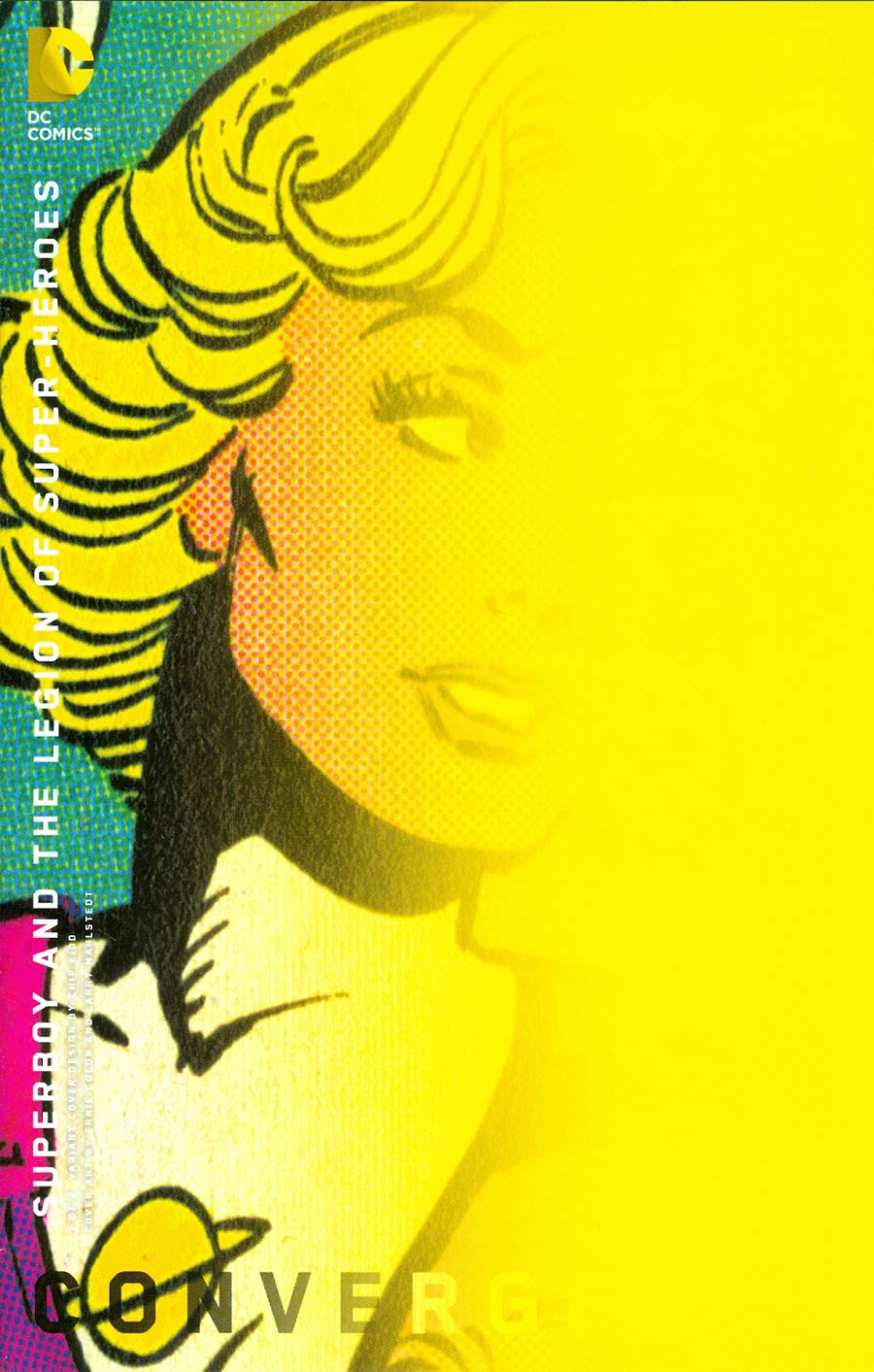 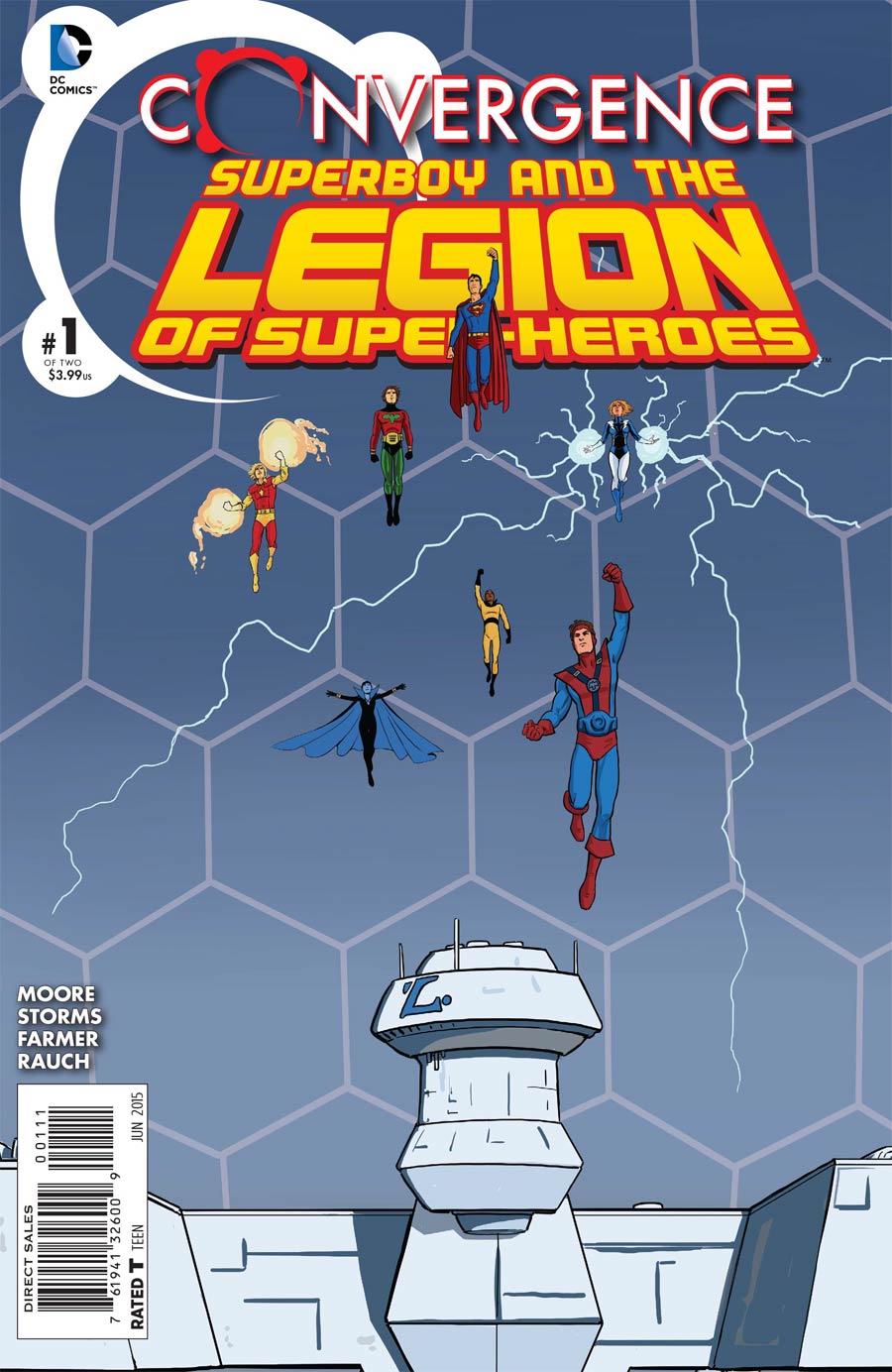 Convergence: Superboy and the Legion of Super-Heroes #1

"My Home in the Sky"

Click to enlarge
Superboy addresses the Metropolis of the 30th century, imploring that they do not give up hope despite their situation. His address is taken well, but Superboy is quite homesick, and he takes a moment to himself in the Hall of Heroes to be sad about his predicament. He's roused from his moment to inspect Brainiac 5's handiwork. It seems that Brainiac has been tirelessly working at a solution to escaping the dome, and the Legion of Super-Heroes (LSH) interrupt his progress. Brainiac reveals that they are not on Earth, and this news lowers the heroes even further. Superboy laments that he's the furthest from home, but Lightning Lass reminds him that everyone is far from home and has gone through troubled times. The moment is nearly punctuated in a smooch, but Telos blocks Superboy with his announcement that captivity has turned into competition. Their powers returned, the LSH make for their control room to sort things out. Rather than attack, the LSH opts for espionage, but that plan is dashed when the Atomic Knights enter Metropolis.

Story - 3: The Convergence tie-ins, on the whole, have been better than the main book for the most part. There's definitely the familiarity of the characters to help things along, but it's also the format of having to tell a story in a sequestered fashion, which is almost anathema to most writers of comics today. However, "Superboy and the Legion of Super-Heroes" only goes halfway with the chance it's given. There is a lot of time ultimately wasted with backstory and needless maudlin scenes. It's understandable that Superboy should miss his folks and his home, and that anyone would in his situation. However, 14 pages in, he's still not what he should be, and it takes Lightning Lass to give him the clarity he should have come to on his own. Readers of "Superboy and the Legion of Super-Heroes" know that this wouldn't be the first time that Superboy was challenged with returning home, and it makes him seem less like himself that he bemoans his loss of powers and his uncertain situation for so long into the story. On the converse, Brainiac is diligently working towards a solution; a solution that is interrupted for no apparent reason at all. The near-kiss with Ayla was too much of a tease, and by the time something actionable occurs, the issue is over. The pacing is just too slow for a two-part story, especially with characters that we're liable to not see again for some time.

I was really looking forward to this book out of all the other tie-ins, but it's a reminder that just as Superboy has been lost to the Superman mythos, so has the ability to write him in conjunction with the Legion of Super-Heroes. Superboy does represent hope with the LSH, something that has been missing, as the LSH has been moved more and more to an imperfect future, a darkness that even Darkseid was capable of fomenting. Superboy's optimism and the overall positive energy of youthful exuberance made "Superboy and the Legion of Super-Heroes" a great read for many years, and an excellent gateway comic for new readers. If the second part of this story can capture even a sliver of that essence, then DC has a blueprint for drawing in young and new readers, without petty stunts like Convergence, the irony being, of course, that it would take a "petty stunt" to show them that they are genuinely unnecessary.

Art - 3: Some of the poorest renditions of classic outfits that I have ever seen. Colossal Boy looks like he's wearing a metal nappy.

Cover Art - 3: A nice image, but an equally less than dynamic one.