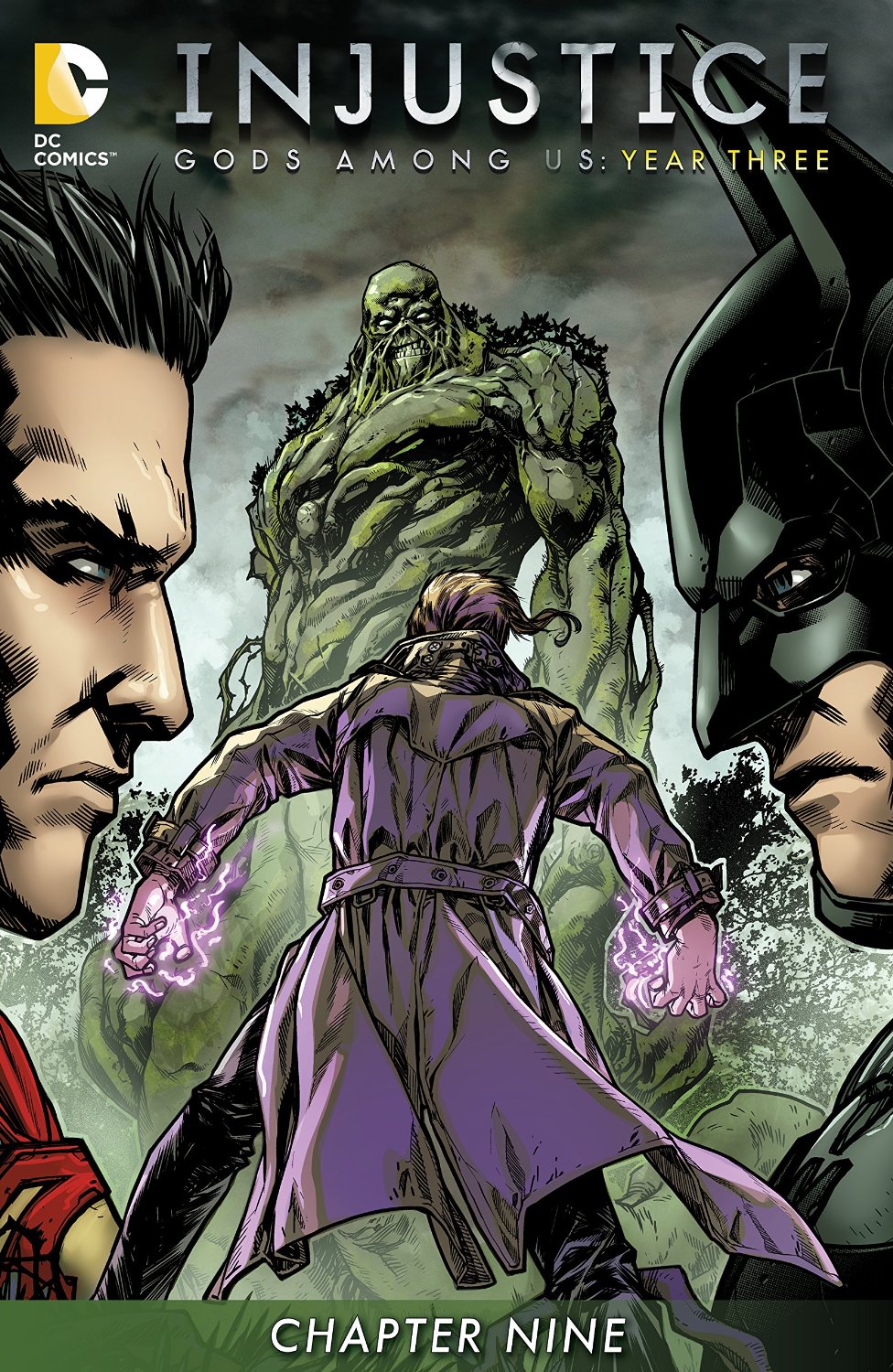 Click to enlarge
Regime Superman interrogates John Constantine as to Raven's whereabouts, but John professes ignorance of her location. Regime is about to sear Constantine's head off, when Captain Marvel stops him. On the return to the Hall of Justice, Captain Marvel is possessed by Boston Brand, Deadman. Under Deadman's influence, Constantine is freed and Zatanna spirits him away. Brand discovers the duality of Captain Marvel, as he converses with Billy Batson. Billy speaks the magic word, Shazam, and Brand is left possessing a child instead of the world's mightiest mortal. The Spectre exorcises Deadman from Billy, who then asks to speak with Jim Corrigan. A wicked smile reveals that The Spectre is no longer in the charge of Corrigan, leaving Brand and the rest to wonder who is now the host of God's wrath.

Story - 3: "An idea, behavior, or style that spreads from person to person within a culture," that is the definition of a meme. There's no rhyme or reason to a meme, but they tend to inhabit the LCD of thought, which can make them troublesome to shake. The meme for Injustice is that Regime Superman is a mass murderer, only he hasn't murdered anyone but the Joker and Green Arrow. He killed them, never stood trial, and never performed any expiation for his actions. However, that doesn't make him, as Constantine is quick to say, and, more than likely, too many readers want to believe as they submit to the throes of PIS, a mass murderer. The kills that Regime has made, aside of the Joker, have occurred in battle. Martian Manhunter, Black Canary, Captain Atom, Ganthet, Mogo, and the rest, were all doing their best to kill Regime or Wonder Woman. Where did the mass murder take place? It's bad enough when meme's are created in real life, with the point of furthering some incorrect goal, but it's really bad when a reader has to suffer through it on account of the writer pushing an ill-constructed agenda.

The Spectre couldn't detect Deadman? Deadman could possess Captain Marvel? Zatanna's new ability is to be Janus for the Insurgency? I can understand that most readers of Injustice just don't care about these things, but without the consistency that good structure and characterization need, what is the point of involving yourself with such a series?

Cover Art - 4: A misleading cover, but a solid one.