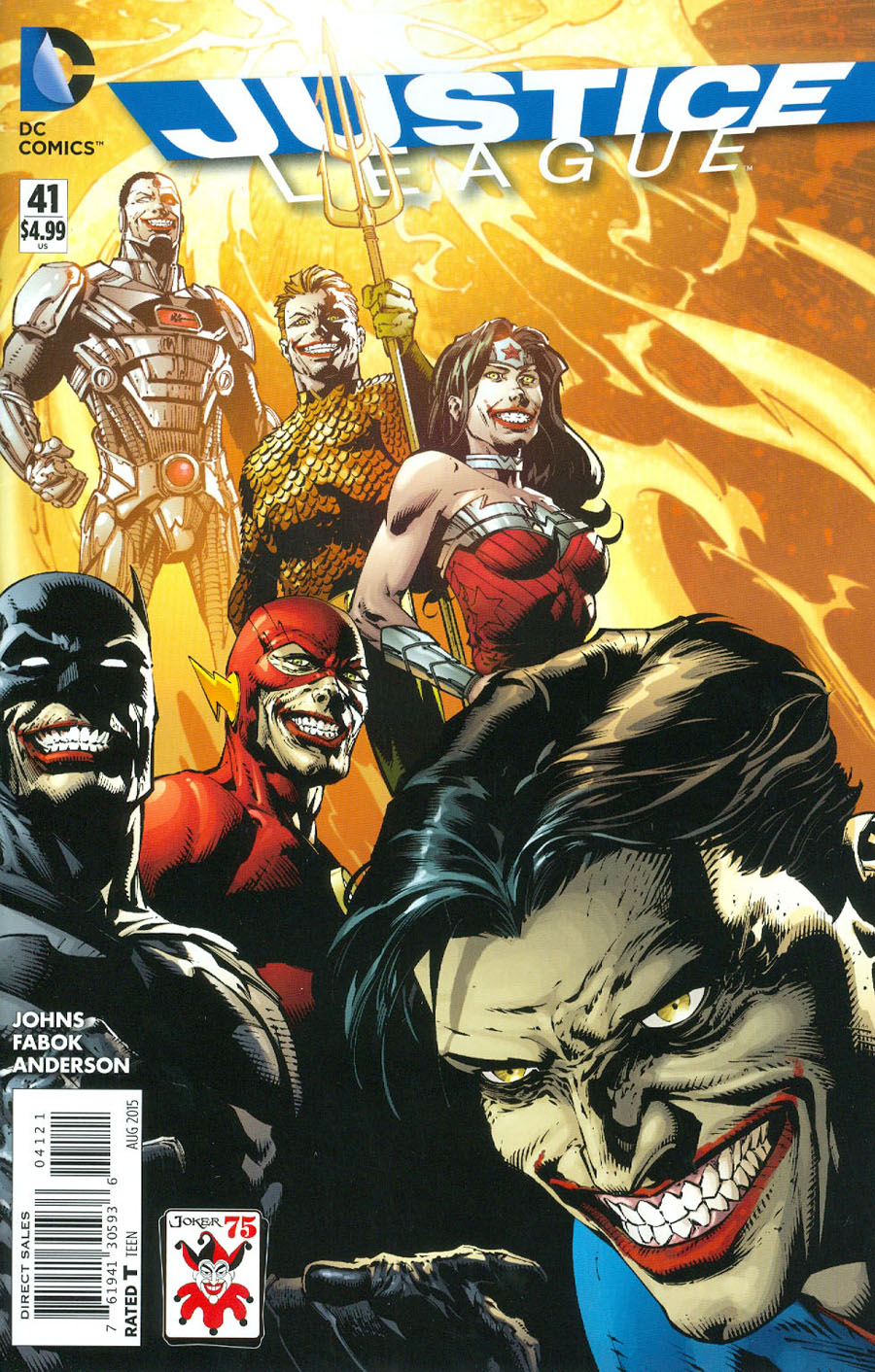 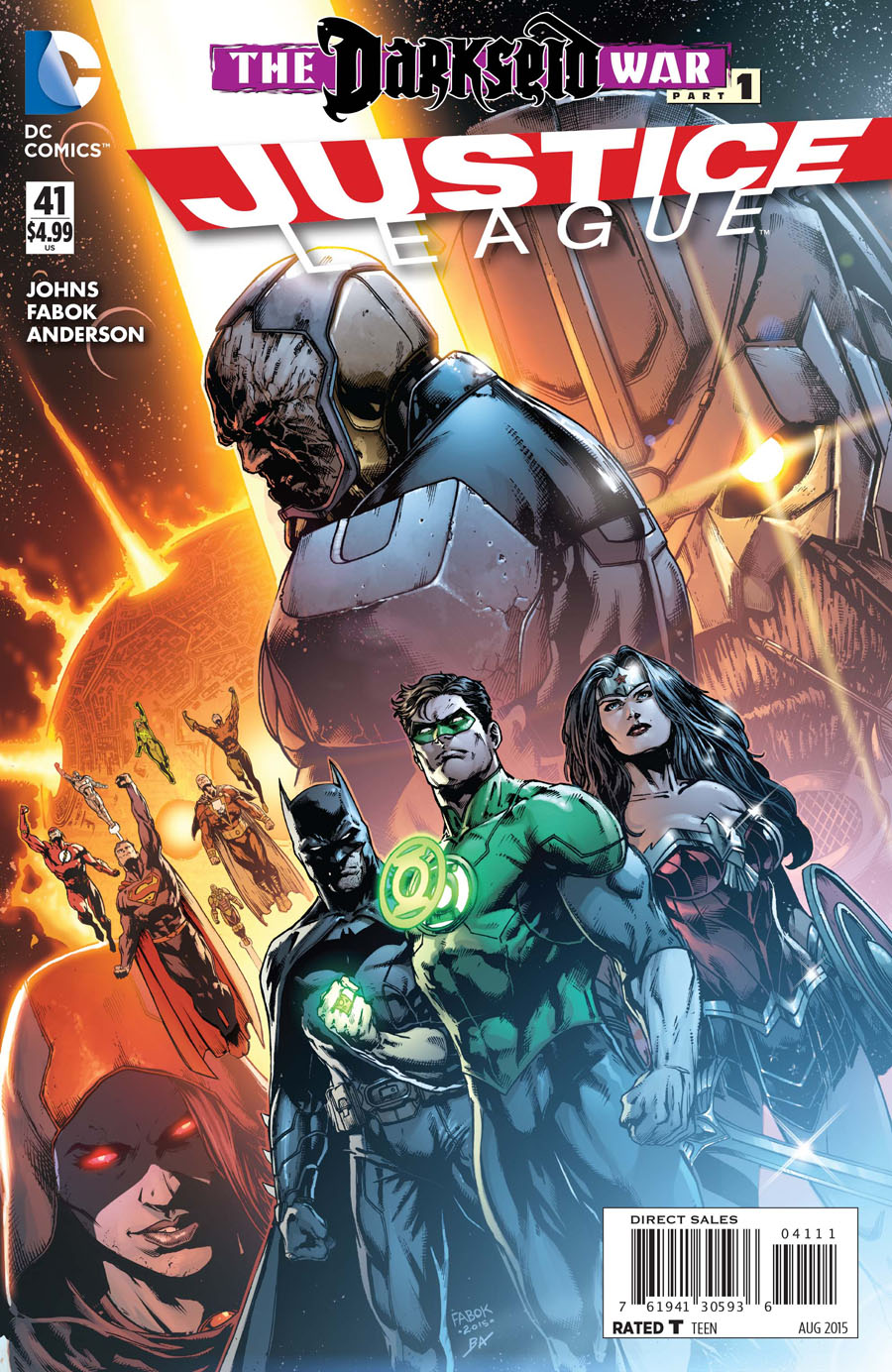 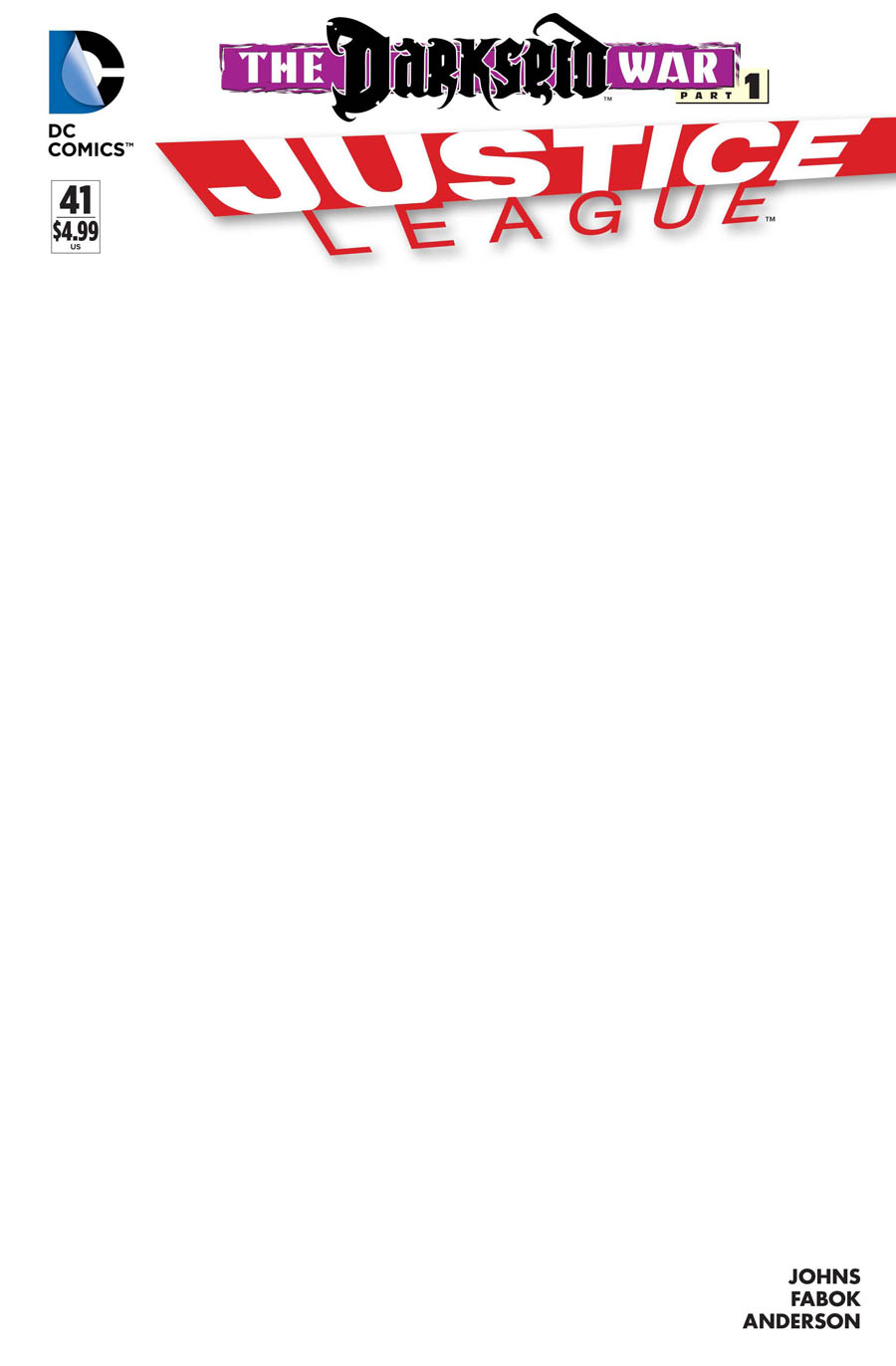 Kanto and Lashina murder a woman to be certain she isn't Myrina Black, then continue their search using a Mother Box to boom off. Later, the Justice League investigates the murder, turning up clues, but no firm leads. While discussing the matter, fingers and then a full grown woman, exit from the Flash's mouth, calling him a doorway. A battle ensues, but the woman, Darkseid's daughter, dispatches the League, until only Green Lantern and Power Ring remain to give contest. Green Lantern is subdued, and once Power Ring is downed, Darkseid's daughter brings the Anti-Monitor into the world. Elsewhere, Mister Miracle searches on Apokolips to for a way to contact the Justice League. Darkseid, however, interrupts his efforts and Miracle is forced to flee. He booms to Earth, but finds Kanto and Lashina where he's designated himself to go. Miracle steals the coordinates from their Mother Box, and is transported before a woman standing beside a griffin. She introduces herself as Myrina Black, and asks if Mister Miracle would like to help her kill Darkseid. This all occurs while Superman and Lex Luthor are at Lexcorp, looking over Neutron's cancer savaged body. Superman challenges Luthor to cure cancer, and Luthor takes the bait. However, when they receive an alert that the League is under attack, Luthor unveils a new armor powered by Kryptonite. Superman tells Luthor he's done with the League, but Luthor objects, attacking Superman. He is then shot by Lena Luthor, who informs Superman that "everyone" hates Lex. She then transports the two to a place unknown, revealing that she is under Darkseid's thrall, as she uses a Mother Box to do so.

Story - 5: Big opening. Really big opening. The event of the season was supposed to be Convergence, but it seems obvious that the series was nothing more than a placeholder, at least it seems so in comparison. Johns is in rare form with this issue, and it's a great read to have had. He's spot-on with his history, characterization, and his choice of separation. The tri-fold of this story is linked by one item: a Mother Box. Whenever one is seen or produced, action isn't far to follow, and whoever thought the Flash could be used as one? That Darkseid's daughter makes short work of the League isn't at all surprising, as that's the pattern for this team, but also because they've yet to actually act as a team. They make foolish decisions and do not work together in the slightest manner. Their defeat is all but certain, especially from a surprise attack. Superman and Lex Luthor finally get some much needed alone time, as Luthor as been present for too long without the two having some process over it. The two of them sent off is interesting, and it sets-up the possibility of their having to work together despite their enmity.

The real star of the show is Mister Miracle, with a redesigned outfit in addition to his stellar introduction. It's hard to be named Scott Free and not be cool, and Miracle doesn't disappoint, bouncing from one bad situation to another, barely escaping, until finding himself at the friendly mercy of Myrina Black. There's a lot occurring in this issue, and most of it's great. Three big villains, three trying situations, and three sets of heroes attending to the problems at hand. Best of all, it was given the length needed to tell the first part, and not truncated to fit neatly into some schedule or trade paperback later. The Darkseid War has been teased and hinted at for some time, and now it's here. Bring it on.

Art - 4: It's solid, dynamic, and yet, somehow, uninteresting. Fabok channels Gary Frank on his close-ups, while Mister Miracle and Wonder Woman are hewn onto the page like high relief. Still, it all seems less than it should, somehow. Hopefully, Fabok is saving the big stuff for later.

Cover Art - 4: This was a Superboy and the Legion of Super-Heroes cover from way back when, but I just can't remember it. Nice though.