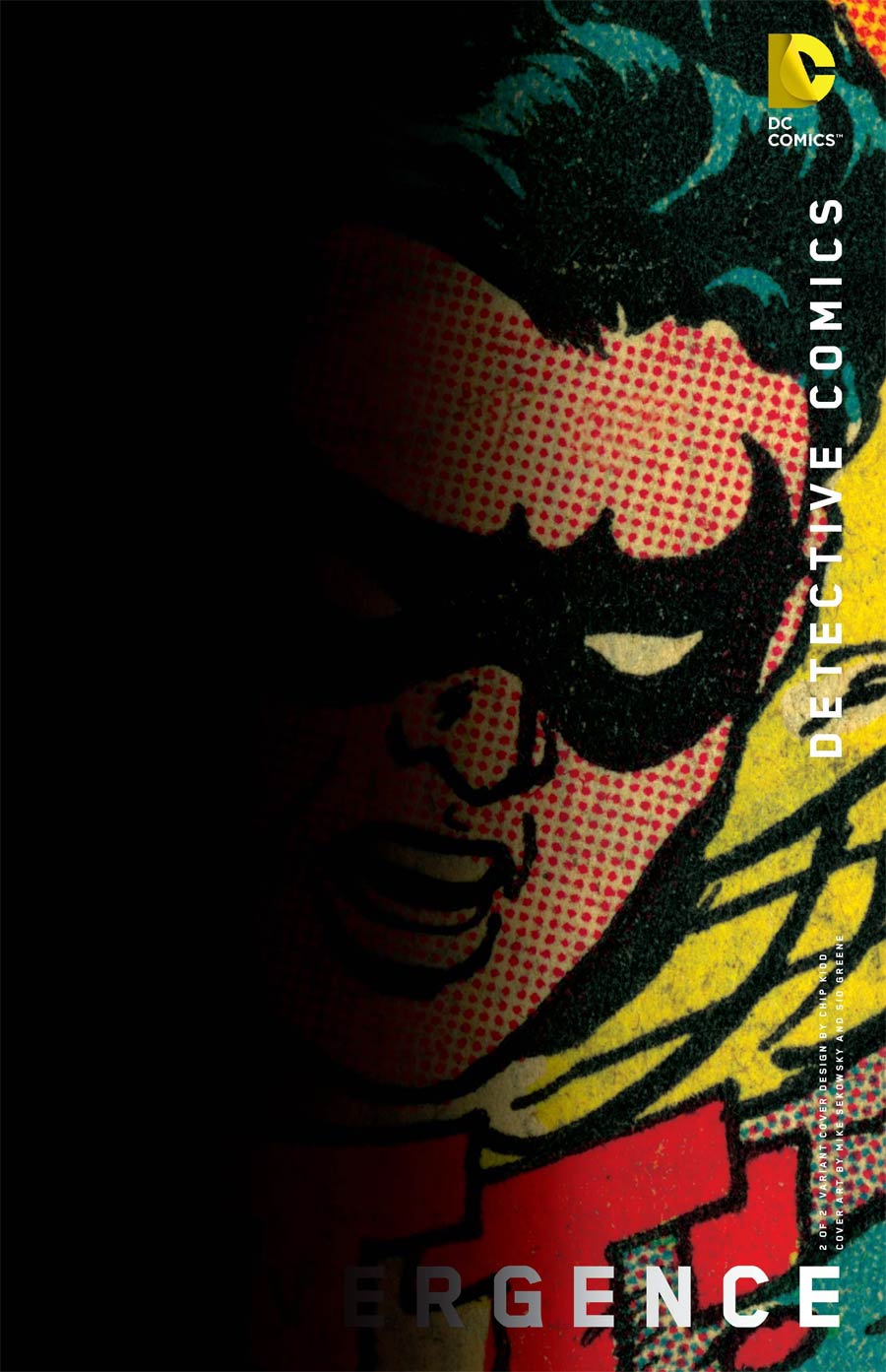 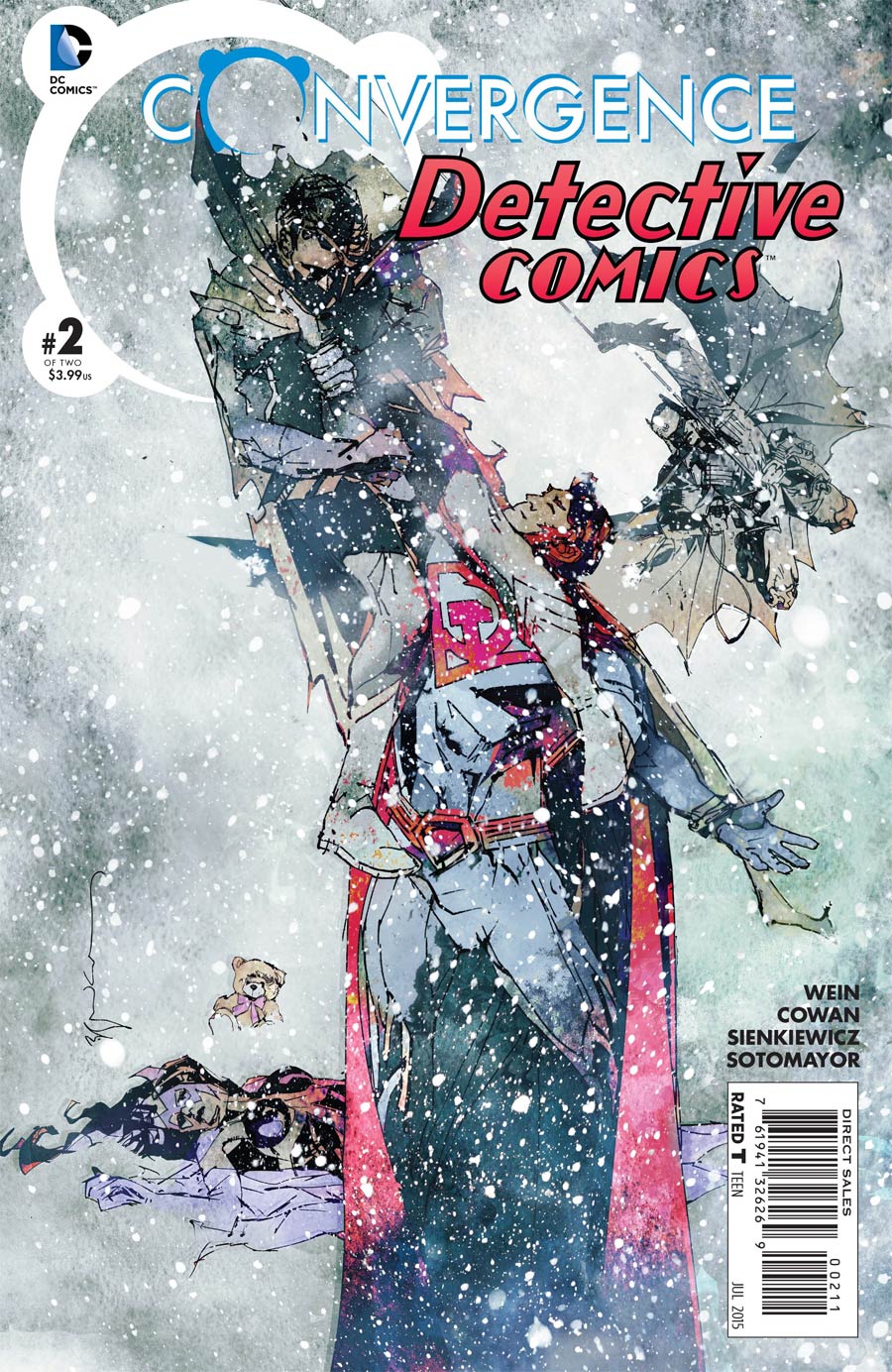 Click to enlarge
Picking up immediately where the last issue went off, Superman saves Huntress from the explosion and tries once again to simply talk with Robin and Helena. In the middle of their conversation, Red Son Batman arrives and rushes Robin and Huntress away. Elsewhere, Batman tells the Earth-2 duo that Superman cannot be trusted and after revealing his face to his Earth-2 counterpart's daughter, he gives Dick a piece of kryptonite so he can use it against the Russian Kal-El. As Dick and Helena flee the area, Superman arrives and they have a brief battle, ending in Robin using the piece of kryptonite to weaken the Man of Steel. However, Robin refuses to kill Superman and as he and Huntress stand willing to die fighting, Superman makes peace with the two resulting in Telos telling them that they have defied the rules and that there will be consequences right before he sends Dick and Helena back to their world. On that world, the Bat-signal appears and as Huntress and Robin suit up, Dick appears as Batman, finally taking up the mantle of The Dark Knight.

Story - 4: I really liked this final issue of the Convergence: Detective Comics series! I've always loved the concept of Earth-2, whether it be the original issues back in the 30s, 40s or 1950s or the current New 52 continuity series, the idea of an alternate universe where the same characters exist but differently has always been something that I've enjoyed. It's a way to see what would happen if Dick Grayson never became Nightwing and a way to see the original Flash and Green Lantern's once again. This is why I have loved these issues of Detective Comics, because after Earth-2 Batman died we never really saw the aftermath outside of Earth-2 characters appearing in Crisis on Infinite Earths! This way, we see both Batman's daughter, Huntress, and son, Robin and what they are doing after his death, and I've just got to say that I love the ending!

But going back to the Superman side of this, it's also been really good to see Red Son Superman (as well as Red Son Batman) again after really only seeing them in that original graphic novel as well as Infinite/Final Crisis. We've seen a LOT of evil Supermen lately. Injustice gives us Regime Superman, Forever Evil gave us Ultraman, the evil Superman/Bizarro from the Earth-2 book, and a lot of other versions of the Man of Steel that ask us "what would happen if Superman went bad?", a question that no one really wants to know the answer to. That being said, Red Son Superman could have easily done the same thing here and I'm overjoyed that he didn't!

When people say that there isn't "one true Superman" they're right, there isn't, there's always another version that will be SOMEONE's end-all/be-all. HOWEVER, I do fully believe that there is one true characteristic of Superman that spans over most versions of the character and that is his ability and willingness to do good, specifically here his desire to talk out a conflict as opposed to diving straight into a fight (usually, unless Greg Pak is writing him, this is what New 52 Superman is lacking). Red Son Superman did this during Convergence and I couldn't have been happier about it. Honestly, this is probably one of the better Convergence tie-ins along with Superman and Speed Force, which were both fantastic and 100% true to those versions of the characters. Thanks guys for reading this review and reading this book with me, I hope you all enjoyed it as much as I did!

Art - 4: Love the art here, it really adds to the intensity of the issue and the final image of Dick Grayson as Batman makes my Pre-Flashpoint fanboy squeal in joy!

Variant Cover Art - 2: Still not a fan of these covers... Again, I sound like a broken record but they are just sloppy to me...