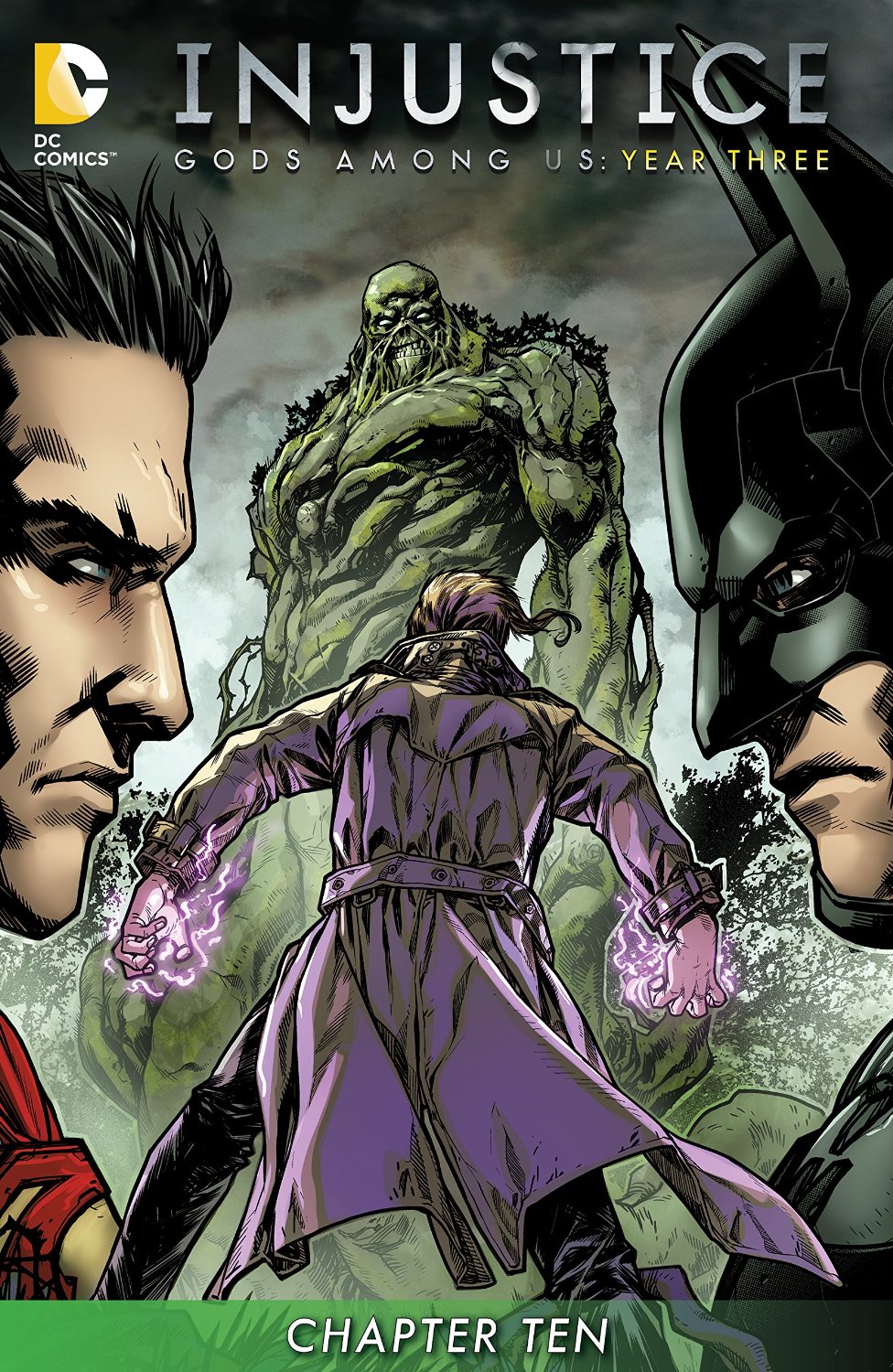 "Death of a Deadman"

Click to enlarge
Deadman realizes that The Spectre is no longer anchored to Jim Corrigan, and this actualization costs him his existence. Deadman retreats to Nanda Parbat and Rama Kushna, who consoles Deadman that while he cannot be saved, he can choose his successor. Boston Brand chooses another acrobat like himself, the recently deceased Dick Grayson: Nightwing. Constantine licks his wounds, while Batman takes him to task for acting alone. They recall the prophesy of Madame Xanadu, and Constantine decides that it's time to visit "The Green" she spoke about... i.e. Swamp Thing. The discussion is brief, but Constantine and Batman learn that Swamp Thing has already sided with Regime Superman. Swamp Thing offers a truce so long as Constantine stays clear of the "The Green", and Constantine decides that Swamp Thing needs to die.

Story - 2: This year held some promise, as Taylor could have really applied himself and wove a story that redefined the lazy Achilles' Heel that magic tends to be for Superman, and the lackluster way that most writers approach it. Part of the legacy of "realism" in comics is an altogether abandoning of creativity when magic and storytelling is involved. Magic is either approximated with science, which it isn't, or Djinn-like force that knows no rules, rhyme or reason. If Zatanna isn't popping out from nowhere, it's Madame Xanadu spouting ridiculously simple prophesies. Last issue Deadman couldn't be detected by The Spectre. This issue he can't escape him. Magic has rules, structure, and an approach, just like any force that's used to augment characters, but Taylor has decided that this year is the John Constantine show, and it's little better than the dreck that's been given to viewers on NBC. While NBC has wisely shelved Constantine, the malaise that is Injustice marches on, keeping time with the bottom line.

Injustice: Year Three has been throughly disappointing. It's going through the motions, and for a book that does little more than do that, this is a new low and lull: a negative rip on the greatest heroes ever, that refuses to do even that this year. The best scene of the book was to see Dick Grayson again, but that's also a reminder of the silly way he was taken and the equally simple ways that so many characters have met their end in this series. Jason Blood and Ragman are snuffed out like candles, but Black Canary is given a new life via magic. The favoritism cannot be ignored, but so long as it sells, it will be endured.

Cover Art - 4: A misleading cover, but a solid one.