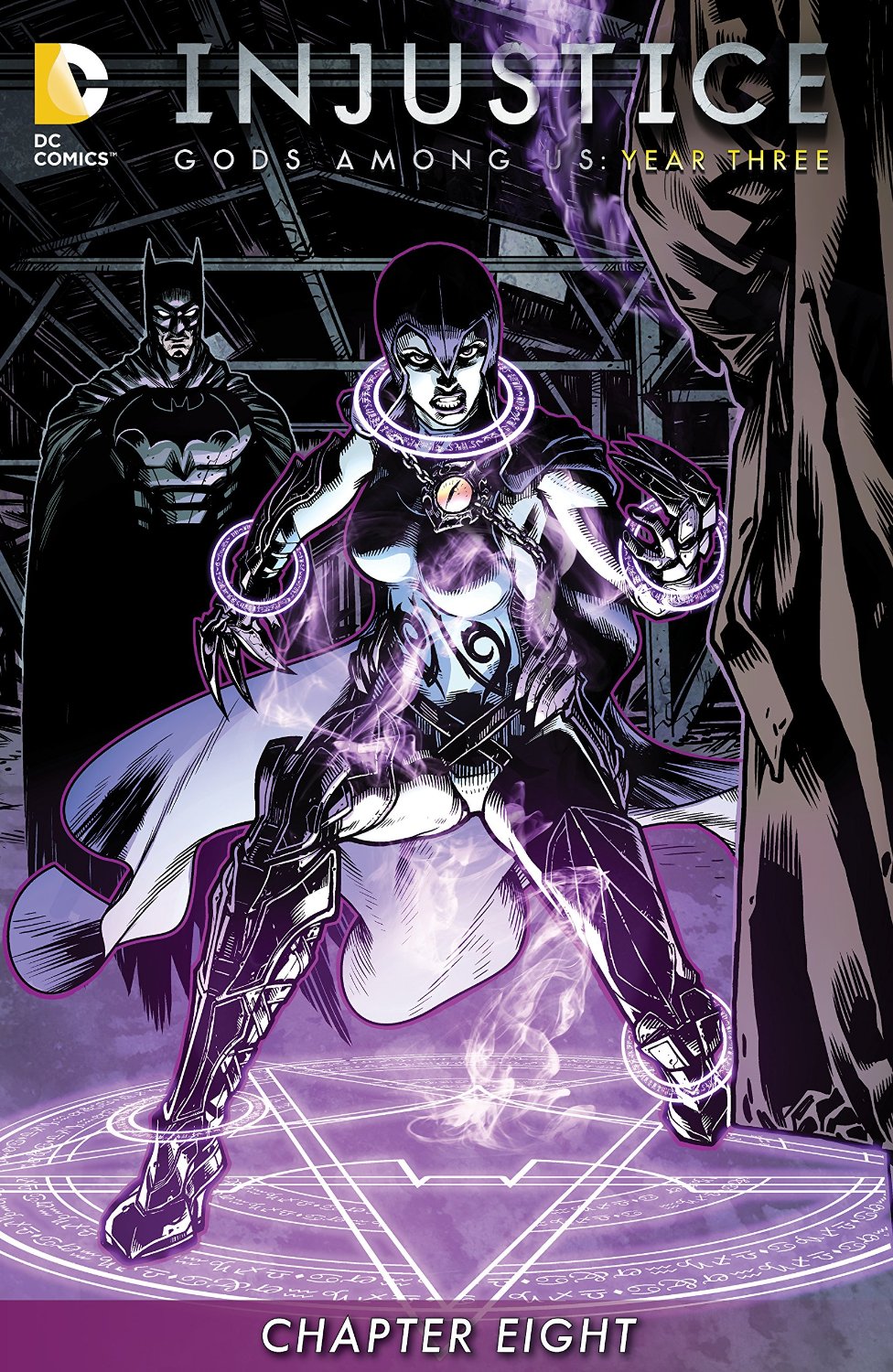 Click to enlarge
Regime Superman has been trapped by Constantine and Ragman. Constantine accuses Superman of literally murdering a planet, and seeks to consign him to the shreds that Ragman controls until he has atoned for his actions. Regime blasts through the rags with heat vision, then calls on The Spectre to help him. The Spectre is actually searching for Regime and takes his search to Hal Jordan. Jordan is unable to provide any assistance, as no one knows where Regime is, as he has not activated his comlink. Constantine gloats at how easy it was to capture him, while Regime struggles to pronounce a single word: Shazam! Once spoken, Captain Marvel speeds to the rescue of Regime. Marvel summons the magic lightening to defeat Ragman, and allow the Spectre, Jordan, and Sinestro access. The Spectre kills Ragman, leaving Constantine alone to face a very angered Regime Superman.

Story - 3: Again, Regime Superman shows more resiliency and fortitude than his New 52 namesake. New 52 Superman is wondering whether or not the world needs him, while Regime has taken over the world. Regime takes the life of anyone who gets in his way, New 52 Superman cannot save anyone without simultaneously losing. Regime struggles against magical and mystical forces with success; New 52 Superman struggles to type a personal response. It's so very interesting how liberating being evil is. No doubts, no self-conscious ruminating, no hesitation in acting. That Regime will eventually lose in a battle with IGAS-Superman seems more and more hard to swallow, particularly since the Superman being offered to readers is nowhere near Regime in decisive action and confidence. New 52 Superman watches animals being killed and people being shot around him, while Regime is making things happen. Unfortunately, it's all for the wrong reasons.

The concerted push to make Superman a Batman like character, a "violent, troubled, faceless antihero, concealing a tragic secret life...", when reviewed in later years, will have started with Injustice, and spread out to other works, like Batman/Superman and Action Comics. While the latter books are enough to make one physically ill, at least Injustice is in an alternative universe, as such things could never happen in the DC Universe proper. Right?

Cover Art - 5: Again, that is a really great cover of Raven.