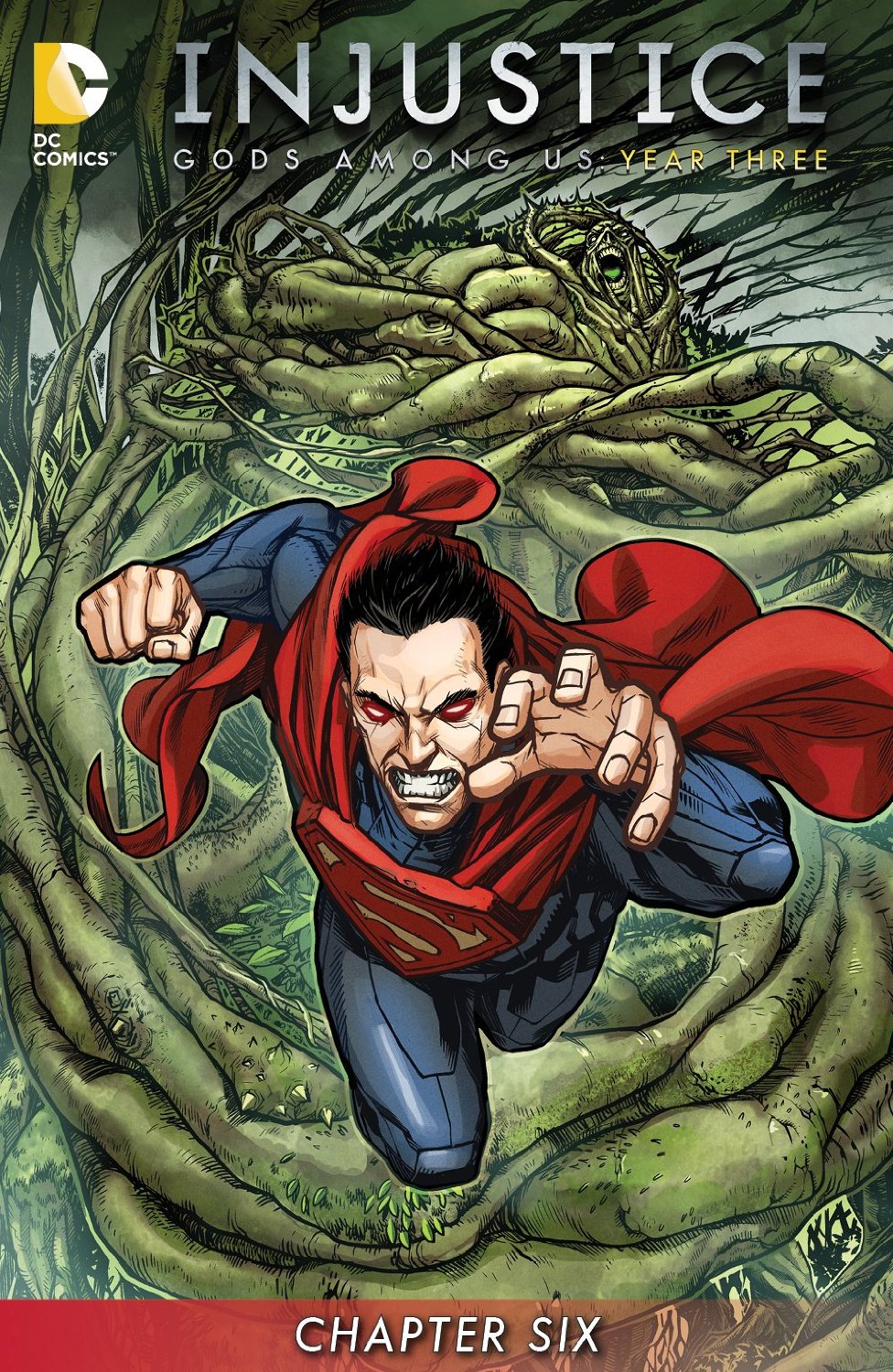 Click to enlarge
Constantine and Batman visit Madame Xanadu, who wants nothing to do with Constantine. She relents and speaks with the duo regarding the death of Jason Blood. Xanadu, despite her misgivings about Constantine, decides that her want of revenge is enough to endure John. Xanadu attempts to read Regime Superman, but receives a debilitating vision for her troubles. She tells Constantine that he cannot win this fight, but he resolves that everything is better with tea... and sends Batman off to make it.

Story - 2: The great detour continues. This year is just off, off, off. It's become the John Constantine show and for obvious reason: Injustice should have ended in its first year; there is little left of story to really tell. Year Two was heavy in quality towards the end, once all the malarkey was done, but it really seems to be on fumes right now. This a story about Superman's descent into a despot, and The Batman's struggle to unseat him. What happened to that story? It's been waylaid by a sardonic, cheeky Brit, and whoever he decides to talk to. Batman looks like a right twit next to Constantine, a man who is more in command and much, much cooler than a lad who needs to be dressed as a bat... particularly when everyone all ready knows who he is. This issue is worthy of the Brian Michael Bendis award for padding and puffing. Nothing of importance occurs and Xanadu's prophecy is as obvious as the final outcome of Injustice itself. The most vile move? The mere mention of the Joker. If he doesn't stay dead, what was the point of this whole story?

This is what happens when a story becomes a product and that product becomes too profitable to stop. It's the reason why Gotham and Constantine will have at least two seasons despite ratings and storylines screaming for them to be cancelled. The CIS and PIS cannot be ignored at this point. The product is pushed regardless of story, and the product is loved by those who consume it much, much more than its quality. The Batman sent to make chamomile tea? Come on!