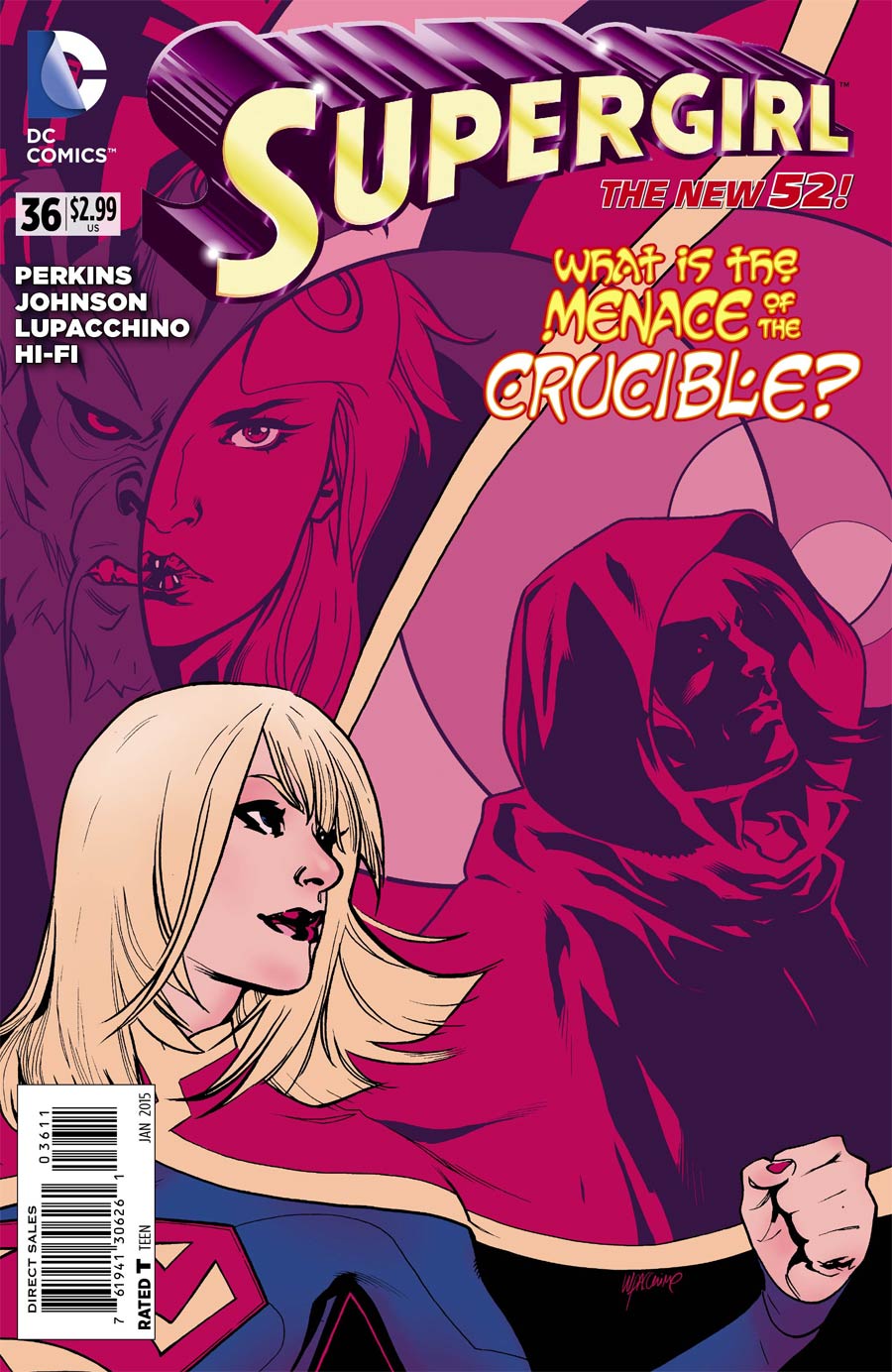 Click to enlarge
While getting a flash of a possible future event, Kara Zor-El is making a new life for herself by working in a coffee bar. A bearded Clark Kent arrives to check on her and give her advice. He wonders if the world needs or fears Supergirl and Superman after recent events in both of their lives. The Lost Daughter of Krypton, however, wishes to find her own path. Clark and Kara wish each other good luck before going their separate ways. As the Maid of Might returns to work, she's being observed by a mysterious group of beings. They intend to put Kara Zor-El through trials that could possibly test the very limits of her Kryptonian powers.

As Kara locks up for the night, she hears the music of Siobhan Smythe. She begins missing her friend when she suddenly finds herself taken from Earth. On a new world and in Kryptonian armor, Supergirl is being tested by Maxima, Comet, Tsavo and their mentor Perceptor. Upon passing her trials, Supergirl is welcomed in Crucible. Being in awe over what she sees, Kara Zor-El is now on the cusp of making a decision that could change her life forever.

Our story now takes us to Rome, Italy in the Monastery of Saint Bonaventura, where Superboy seeks answers to the questions of his existence. How is Kon-El connected to Crucible and Supergirl? Will he or Kara want the answer to that question revealed? Only the next issue will reveal this and more next month.

Story - 4: After Tony Bedard's amazing run, it's kind of too early to tell what direction K. Perkins and Mike Johnson will go in this new story arc. I would have liked to have seen just a little more of Kara on Earth before she was taken to be tested, but otherwise, we have a fine start to what seems to be a relatively good tale. I particularly enjoyed the scenes with Clark and Kara. Little nuggets like that are just a few of the things that make this title so enjoyable to read.

Art - 5: The artwork is pretty darn good in this issue. Emanuela Lupacchino seems to be finding her strengths, aliens and sci-fi types of scenes, in it. I was impressed by how every page looked in this book.

Cover Art - 4: This cover, while good, seems to be too much of a hodge podge of images mixed in a confusing way. Still, it's a good one that makes buyers impatient to read the book.