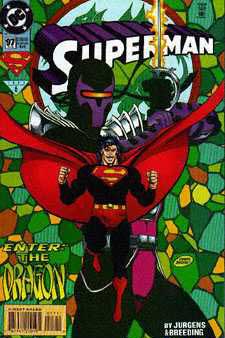 Savitar Bandu, first born son of the King of Bhutan, acts as the Shadowdragon. After arriving in Metropolis he stole data on Superman for Conduit. After learning what Conduit did with the information, Shadowdragon released a virus destroying computer data about Superman.