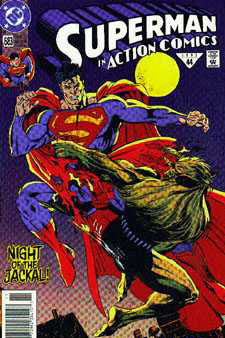 Metahuman Vigilante Killer who casts himself as judge, jury and executioner. With the appearance of an animal, the Jackal extracts his style of justice on criminals such as drug dealers and arsonists.