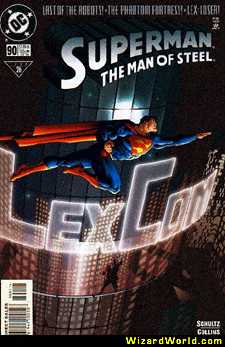 An Internet news service run by Lex Luthor after he bought out the Daily Planet. It condenses the news reports coming off the Internet for subscribers. Simone D'Neige was in charge, and Dirk Armstrong, Jimmy Olsen and Lois Lane worked beneath her. When Lex Luthor mysteriously sold back the Daily Planet (SUP #151), Lois and Jimmy returned to work there. It is unknown at this stage what Simone and Dirk are doing.