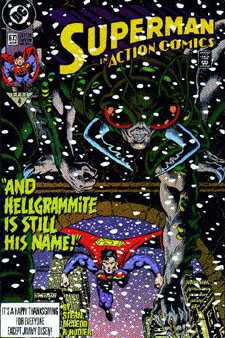 A strange insectoid monster, once an entomologist who mutated himself. Superman first encountered Hellgrammite when a LexCorp director hired Hellgrammite to kill Lex Luthor, II. More recently Hellgrammite's abilities were modified by the demonic Neron.