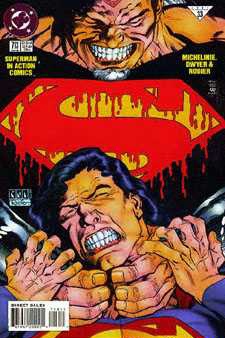 Ramsey Murdoch insanely believes Superman is a fake and the real Superman is dead in Superman's tomb. He manifests the ability to create objects he imagines.