Cat Grant met and became friends with Clark Kent when she moved to Metropolis to be a gossip columnist at the Daily Planet following breaking up with Joe Morgan. Grant accepted an offer from Morgan Edge to become a television correspondent at Metropolis' WGBS. There she discovered Edge was head of a secret criminal group known as Intergang. Working with Clark Kent, Grant exposed Edge's activities. Edge's father, Vincent Edge rehired Grant. Despite a dispute with Vincent Edge, Edge offered Grant a job in charge of a WGBS news show where she now works with Jimmy Olsen. Grant's son, Adam, was killed after being kidnapped by a newly psychotic Toyman. Grant is a long time recovering alcoholic. Recently with Jimmy Olsen's help, Grant convinced the WGBS board of directors to fire Vinnie Edge and give her his job.

When Lex Luthor successfully ran for the Presidency of the U.S.A., he named Cat Grant as the White House Press Secretary (President Luthor: Secret Files and Origins #1).

After Luthor was deposed of his Presidency Cat wandered a bit, ultimately returning to her birthplace in Los Angeles where she worked for a newspaper called "The Tattler." Her decision to return to Metropolis came about when Jimmy Olsen uncovered possible proof that Toyman had not intentionally killed Grant's son. The troubled "villain" claimed he had designed a double for himself, a robot that would handle his affairs if anything were to happen to him. Toyman asserts further that the robot, which'd developed an unforeseen glitch killed Adam, and swears that he would never hurt a child. As Jimmy delved further into researching this information, the story wound up on a snag, but his last bit of research shed a bit of doubt as to Toyman's truthfulness. 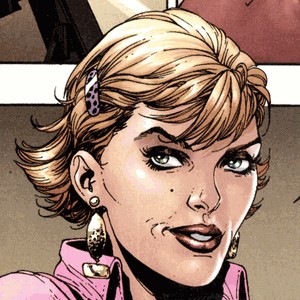 Cat is now back working at the Daily Planet, editing the Arts and Entertainment section of the newspaper, though her personality seems to have altered during her absence. She's now very flirty, dresses and acts provocatively - even coming on to Clark at one point. Lois believes Cat has lost her mind but Clark thinks differently. His opinion is that in her continuing grief, Cat is doing what she can to cover up the painful memories of the loss of her son.