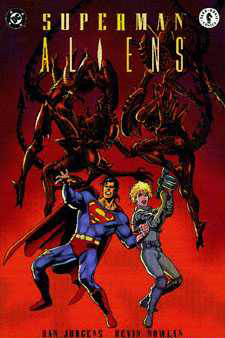 Note: This Kara is NOT Kara Zor-El. See the listing for "Supergirl" to read about Kara Zor-El.

A 16 year old girl and lone survivor of Argo City. When the LexCorp space program finds an alien probe using kryptonian language, Superman uses a LexCorp shuttle and finds Argo City on an asteroid. The city was blasted into space when the native planet Odiline died. The people of the planet had adopted kryptonian culture after being visited by the Cleric after the kryptonians on the Cleric's ark had died. Superman finds Kara fighting hostile alien creatures. Working with Superman, Kara manages to survive and get to an escape pod, although Superman escapes the city separately. Superman thinks Kara is dead, and that he failed her.