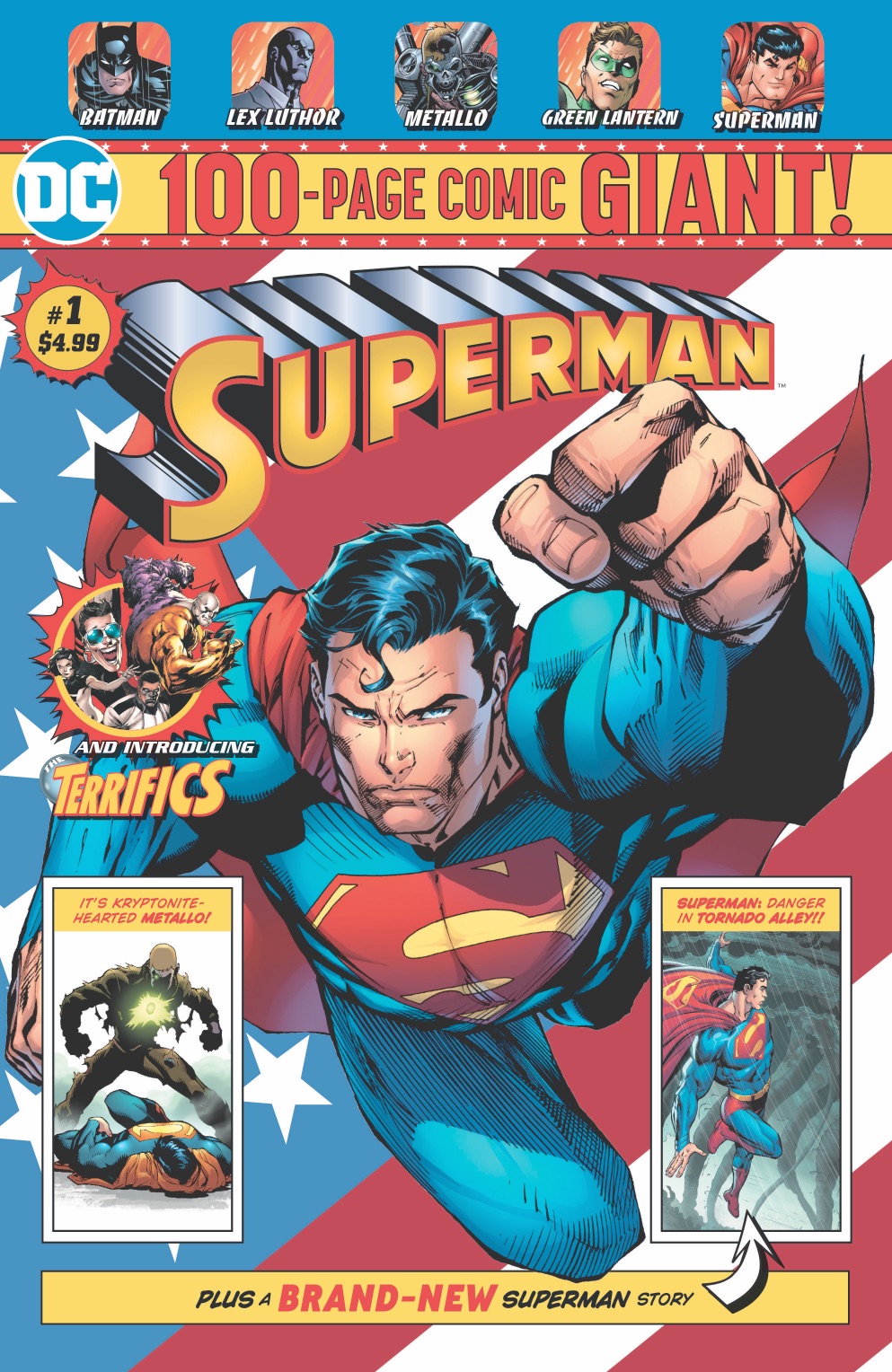 Superman is seen flying toward a school bus that is being swept up into the funnel of a tornado. One week prior, while at the Daily Planet, a few reporters are watching the news report of a recent tornado storm that destroyed a small Midwest town. Lois asks Clark, since he grew up there, why do these people rebuild in the same place prone to tornadoes? Perry overhearing this thinks it would make a great story and sends Clark out on assignment to find out why these people continue to live in an area where tornadoes seem to be a weekly occurrence during certain times of the year.

Just as Clark checks into a local hotel somewhere in the Midwest, the emergency tornado siren sounds. Clark tries to make an excuse to leave but the hotel owner won't hear of it, and forces him, as well as the other guests, into their storm shelter. After the threat has passed Clark is finally able to excuse himself saying he has to get a medical kit from his car while the locals go to check on others in the town. Superman appears and flies around the town saving various locals. Just as most everyone seems safe, a local police officer urges people back to their shelter as a supercell is forming and coming fast. Superman flies ahead to see what he can do and discovers a storm so big it has sprouted six funnel clouds at once.

To be continued next month...

Story - 5: While this is a 100 page comic, the Superman story is only 13 pages, The other remaining 87 pages are reprints of other DC comic books: Superman/Batman #1 from Loeb and McGuinness, Green Lantern #1 from Geoff Johns, and the newer Terrifics #1 spawning out of Dark Nights: Metal. While only 13 pages, I really enjoyed this story. Maybe because it is a more down to Earth story and not the epic summer blockbuster we have been reading over the last month in the Man of Steel mini series, and that made for a nice change of pace. But I also think this is what Superman does, he does not need a major villain or an intergalactic crisis to be super. Superman doing super things to help people of Earth defines who he is as a character. At a cover price of $4.99, is it worth the price of admission for only 13 pages of new material? For me, yes, the story was well written and I eagerly await next month's issue to read the resolution of this short story arc.

Art - 5: While I do not think I am familiar with Tom Derenick's art, I am now. Very clean and tight art, at times it reminded me of the legendary Jose Garcia Lopez. The details he put in, like a very angry Clark inside the storm shelter when he knows he should be out there helping during the threat and not after, was a nice touch. I really hope we, as Superman fans, get to see Mr Derenick's art on more Superman books

Cover Art - 5: While basic in its nature, Jim Lee draws an amazing Superman. I will have to say that I strongly prefer this cover over Mr Lee's previous Superman cover or Action Comics #1000.