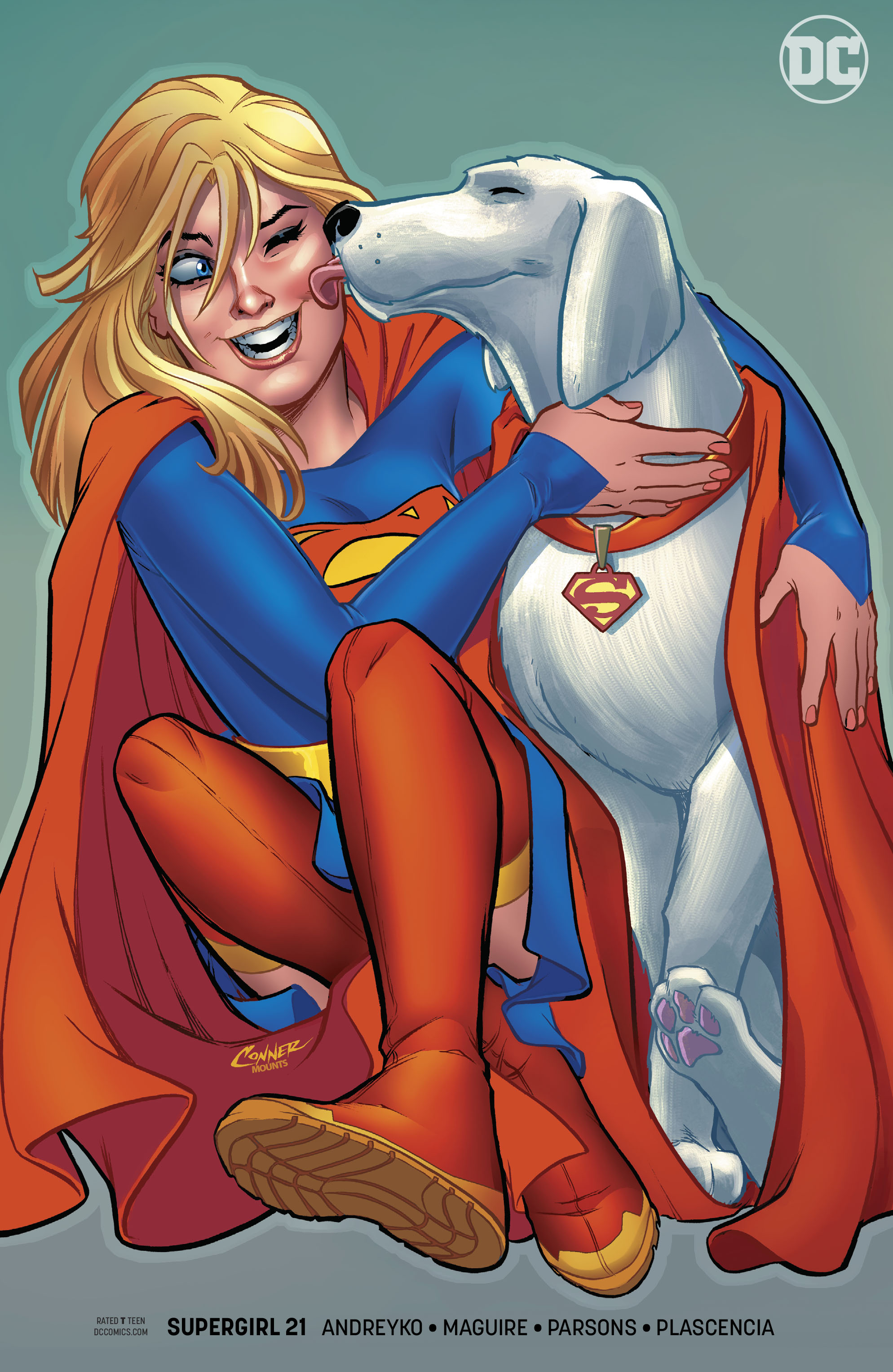 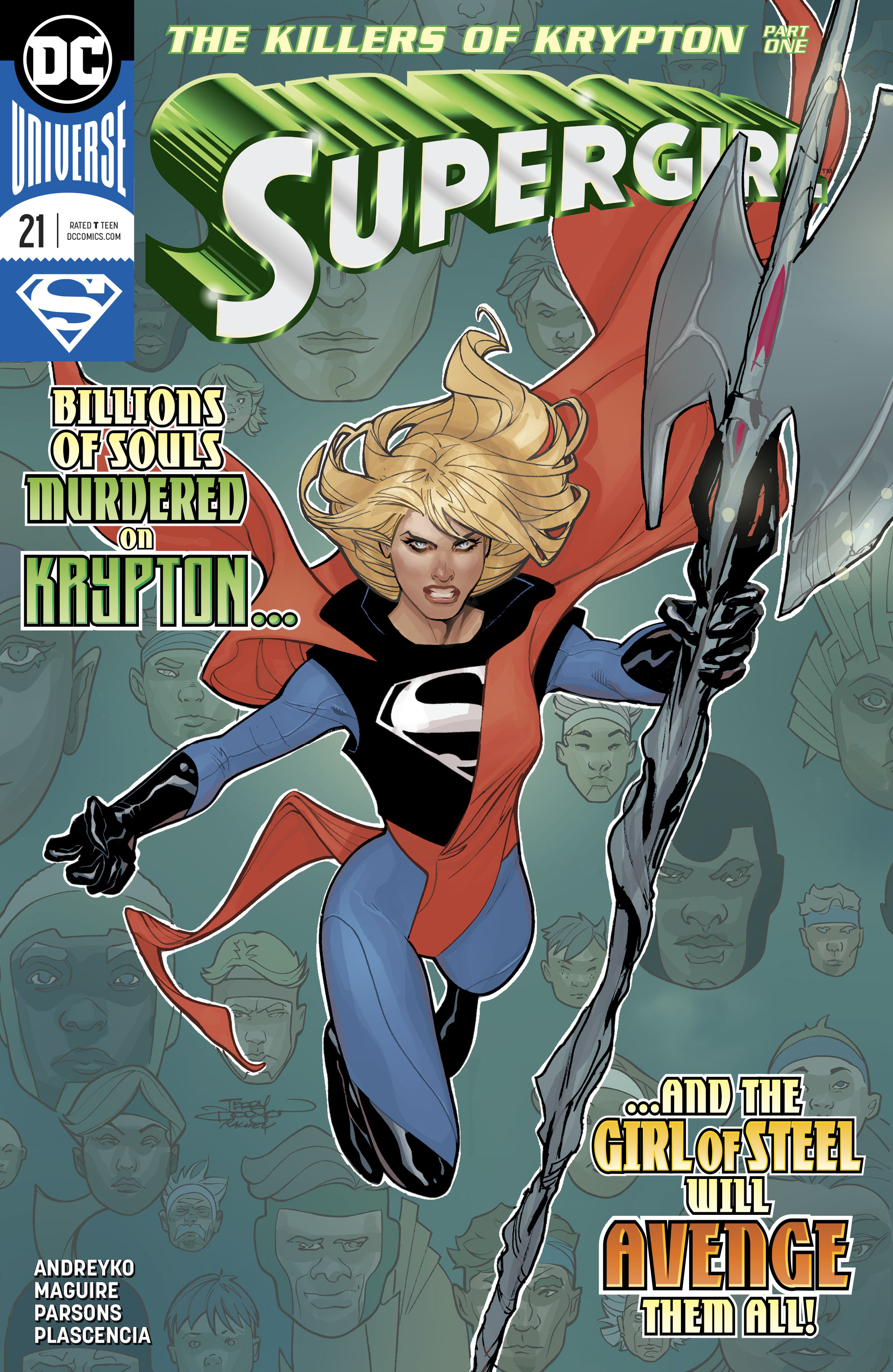 "The Killers of Krypton" - Part One

Reviewed by: Glen J. Clark
Click to enlarge
Before I begin, I recommend you read "The Man of Steel" mini-series by Brian Michael Bendis as the events that this book is based on is a direct result of the events in those issues.

After a one page visual retelling of Kara Zor-El's journey to Earth from Krypton, Supergirl is reminiscing at the now destroyed Fortress of Solitude. She reflects that this was the last place that reminded her of Krypton. She thinks about the bottle city of Kandor, also destroyed by the same being, the creature known as Rogol Zaar.

Superman catches up to Kara in Smallville, Kansas. Kara explains that she has to leave Earth to find the truth. She explains to him, that while he grew up on Earth, she grew up on Krypton, and if Rogol Zaar had anything to do with the death of her friends and family, she has to know the truth.

After retrieving Zaar's weapon, she takes it to Hal Jordan so his ring can scan it in the hopes of a clue to where she should start looking for answers. While Hal tries to tell Kara to not get her hopes up, the ring responds with basically an "access denied" response. Forty-two star systems away an alien is monitoring a bunch of different screens when one alerts that an attempted search of Rogol Zaar's weapon has just taken place. This upsets the alien and it runs off saying this is bad, very, very bad.

Kara decides that the Lanterns know something and are hiding it, so she decides her first stop on her intergalactic mission should be the Lantern planet Mogo. As she heads to her ship, she runs into Krypto and decides she wants some company, so the two of them take off together towards the planet Mogo.

The alien is mumbling about The Circle and if it becomes exposed. It eventually tells its findings to a shadowy figure who says, "She will never know the whole truth and if she gets too close, what's one more dead Kryptonian."

Story - 4: This book was scheduled to be canceled, then it was given new life. But with the story taking her away from Earth, I can't help but wonder if this is another edict from Brian Michael Bendis. He has gone to great lengths to single out Superman as the only Kryptonian on Earth. Sending Jon off planet, destroying the bottle city of Kandor and now a book that has been given new life with Supergirl going off Earth to try and find answers to why Rogol Zaar hates Kryptonians. That being said, this was a good prologue to what I hope is an enjoyable run on Supergirl. Her reasons that this is personal makes complete sense and I am glad to see a writer tackle this aspect of her life. Like many, I thought this new villain created by Bendis could turn out to be a "throw away" villain but it is obvious that his back story is many layers deep and we are just beginning to peel away the who, what, where and why's that make up this villain known as Rogol Zaar.

Art - 4: I will admit this one was a bit tough for me, I went back and forth on whether or not I actually enjoyed it. Most of the pages are very nondescript. But in the end I found that it was the simplicity of the art that appealed to me. The only major complaint that I have, and the one thing that prevented me from giving this book 5 Shields, was some of the facial expressions looked odd and out of place. But overall this book, while different from what I normally enjoy, is stunning. Some pages I found myself just staring at long after I read the printed words. If this is the art on this title going forward, we are all in for an enjoyable visual experience.

Cover Art - 5: I love Supergirl's new look, it was this image that made me ask to be allowed to review this title. I wonder if all the faces in the backgrounds are characters we have yet to meet, or an homage to Kryptonians who lost their lives. Only time will tell, but one thing is for sure, this is one phenomenal cover.

Variant Cover Art - 2: This cover just doesn't look right. Supergirl's one open eye looks odd, and her smile just seems off. Her face in general is a big distraction from this cover. The only saving grace for me is Krypto. Krypto alone keeps this cover from getting a lower score but unfortunately this is not a Krypto book, it's a Supergirl book and when the main character is the problem on the cover I simply cannot give this cover a higher score.