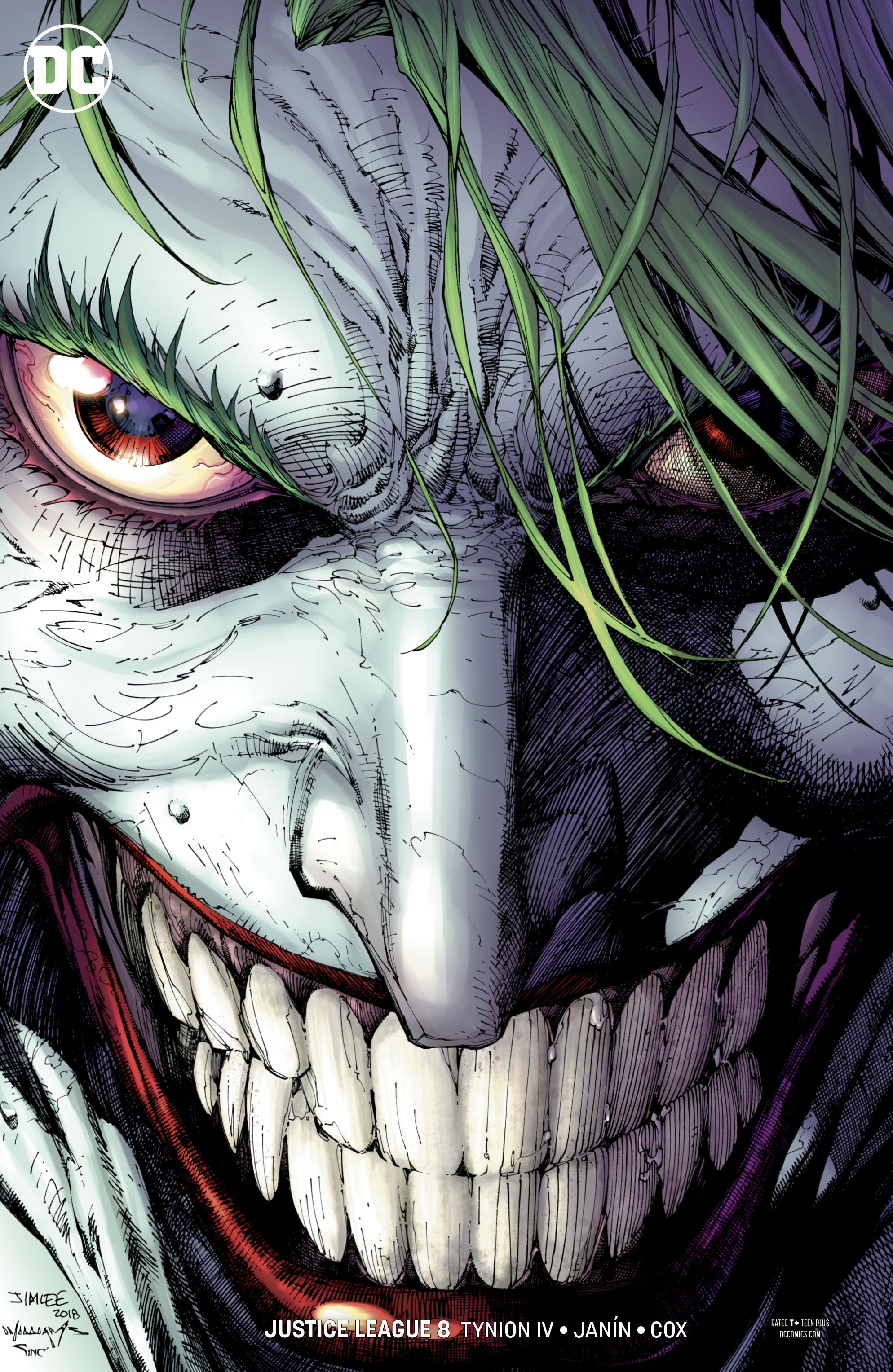 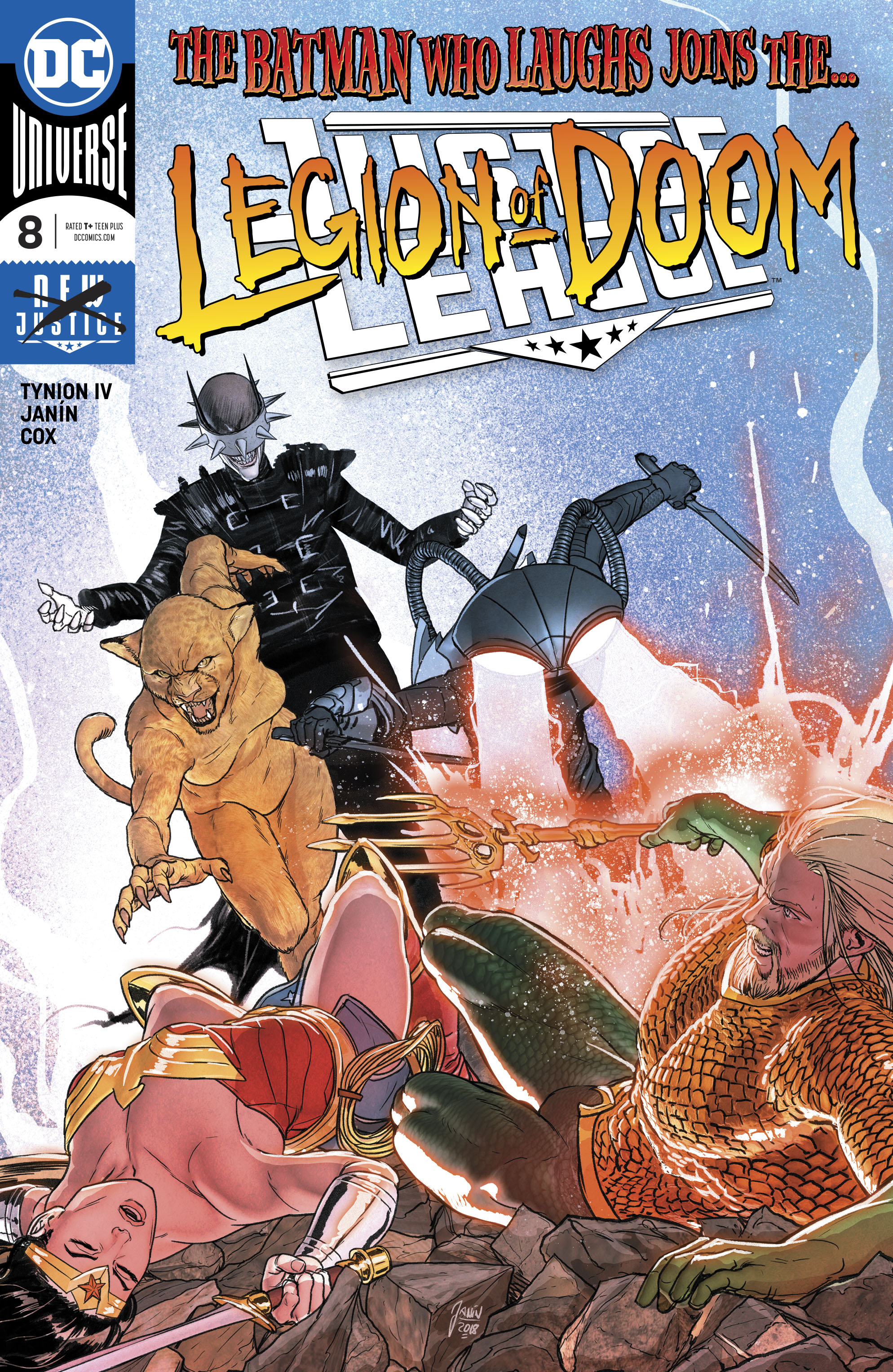 Reviewed by: James Lantz
Click to enlarge
With the Justice League in possession of the Totality, Martian Manhunter has scanned Starman's mind. Lex Luthor traveled through time to find him, experiment on him and torture him to get answers on how he could possess the Totality's energy. Meanwhile Black Manta and Cheetah kill Captain Proteus perhaps around the same moment that Lex is conversing with the Batman Who Laughs. The mad Joker/Dark Knight amalgam tells Luthor what he needs to know in an insane, almost riddle-like manner. What he tells Lex could mean a new beginning for the multiverse, but it could also totally obliterate it.

The Source Wall was meant to keep dark forces from obtaining ultimate power. Now, it no longer exits. The Totality, the Still Force and the Ultraviolet Light are keys to everything that's going on. Yet, a woman named Perpetua seeks these elements and so much more to gain domination of the multiverse. Both the Justice League and the Legion of Doom will need everything at their disposal if they are to find this omnipotent woman and learn her true intentions. A fortnight will pass.

Story - 5: James Tynion IV's "Legion of Doom" arc is the perfect interlude to the main events in this title. Admittedly, I may have been a bit harsh on the previous chapter. This is because I felt it interrupted "The Totality" too abruptly. I hereby retract any negative things I said about issue #5 even if I did like it. Tynion is clearly trying to fill in the blanks for readers while giving them the Legion's perspective on events during the villains' respective parts of Luthor's plan. All of this delivers a compelling story worthy of what Scott Snyder has been doing with the book, blending superhero action with horror/sci-fi/fantasy and great characterization. I'll wait patiently for chapter three of this serial to see if it fits more pieces together. In the meantime, I'm eager to read the next issue.

Art - 5: The art is well drawn and perfectly done. It feels like Mikel Janin is experimenting with different styles on every page. Normally, that sort of thing disturbs me, but it doesn't this time around as this occurs from one scene to the next. Pages with Cheetah and Black Manta look different from the conversation with the Batman Who Laughs. Janin is channeling his inner Clive Barker with those, and that's super cool to a horror nerd like me.

Cover Art - 5: Laugh and the multiverse laughs with you thanks to Mikel Janin's wonderful cover art.

Variant Cover Art - 5: Wait'll you get a load of this awesome Jim Lee cover, Joker fans. It's creepy, but beautifully drawn in Lee's classic style.