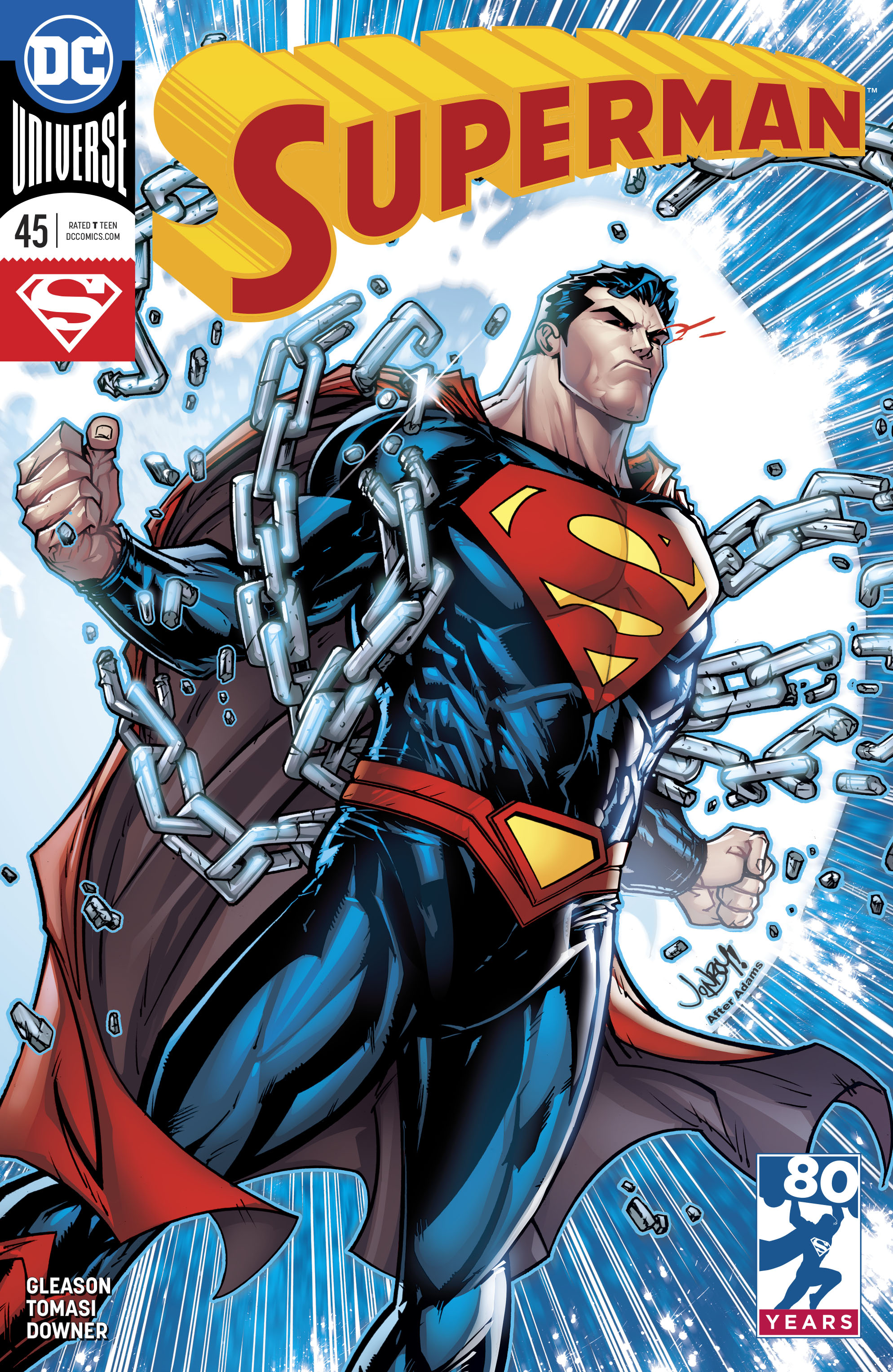 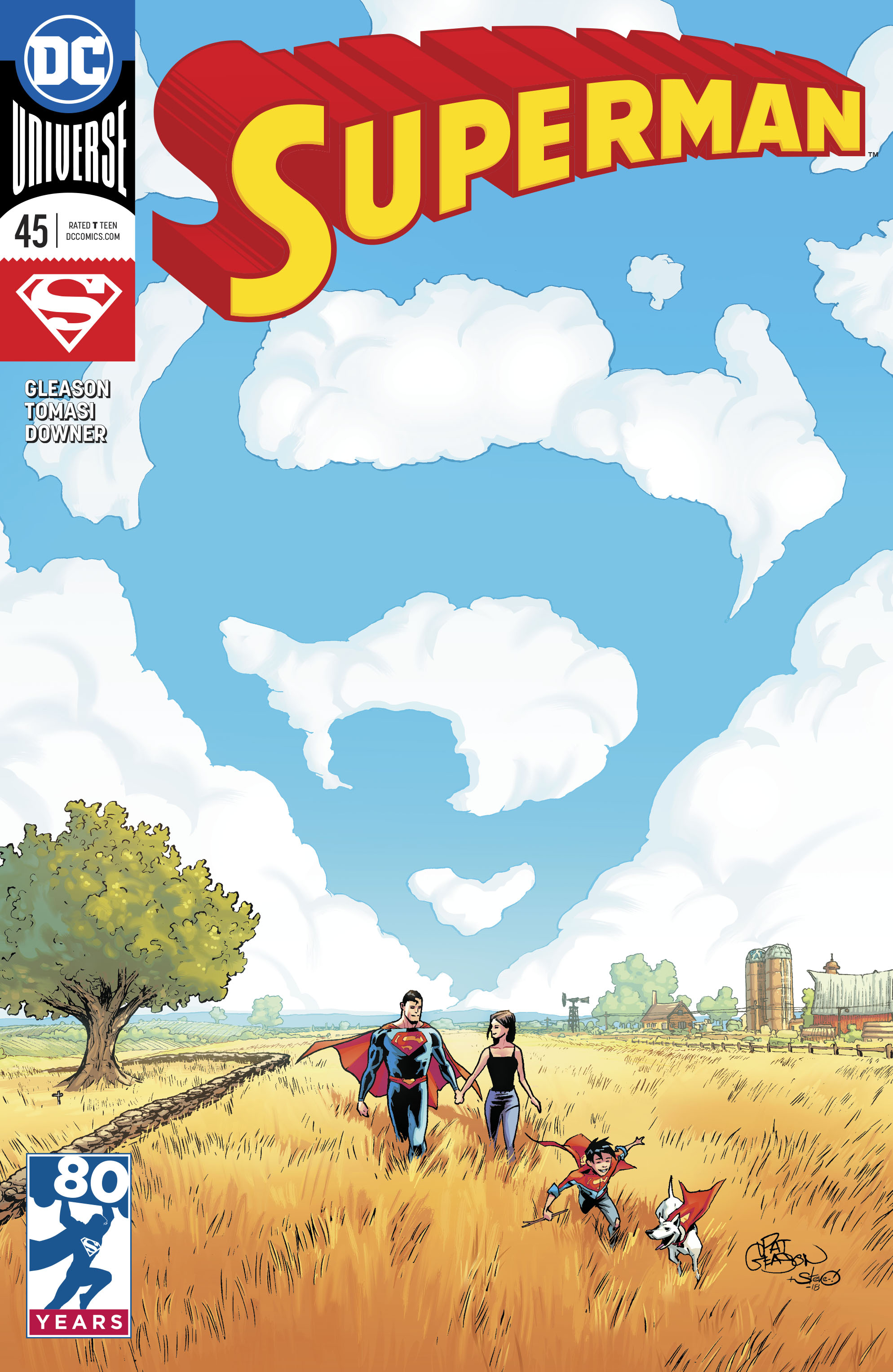 Ever since 'Rebirth', despite the relocation to Metropolis, Hamilton County has been a real home but after recent events and the arrival of Boyzarro it is time to move on to pastures new. Once upon a time Clark had to leave Smallville and now Jonathan must follow in his footsteps.

As father and son share memories of Clark's past and Jon's namesake, they learn more about one another and perhaps how similar they are deep down.

The sapling Swamp Thing had given Clark proves a fitting legacy for the Kents to leave behind and they plant it on Kathy's land.

Lois meanwhile looks at the dream home they shared for so long and realizes this really is goodbye, but as Clark swore to take the day off superheroing it falls to a whistle stop visit by the Flash to do the packing in his own unique way.

Of course there is a small matter of ensuring Kathy, Maya, Boyzarro and Robzarro are settled in their new home and what better way to find that out than to see them integrating at the County Fair. As Superman sightings went up in Hamilton and Superboy debuted there, the town uses the fair to unveil an amazing surprise.

Of course the never-ending battle doesn't stop, and the Justice League ask for Superman and Superboy's help, the new era has truly begun...

Story - 5: The strength of Superman has never really been about his superpowers, he's a beacon of hope, of values, fighting for truth, justice and always doing his best to do what's right. Many other heroes may be more powerful, moodier, harder, violent and may grab the attention for a time, but Superman endures. This issue brings 'Rebirth' to a close with an emotional punch. Kathy, Maya and the Bizarro Super Sons are left behind but like Ma & Pa in the 'Byrne Era' Jon has a place to visit that is his emotional touchstone. The synopsis is fairly spoiler free because there is more in the issue, not just story lining but visual cues you need to see to really understand how powerful the issue is. Lois Lane succeeded in making me shed a tear with her scenes and I can't wait to see what is in store for the Kents next.

Art - 5: Patrick Gleason delivers some of the greatest pages of his Superman run.

This issue was all drama, and as it turns out, this is where Gleason's work really shines. Jonathan's cartoonish expressions are gone and the humor is sparing but as mentioned, this issue references all 44 issues that came before it and even Superman's life at Jon's age. The scenes I mentioned with Lois were so powerful, I can't recommend this issue enough. By the way the Mayor of Hamilton County has an amazing surprise that I hope DC releases as a real product to buy!!!

Cover Art - 3: The cover is dramatic and emotive but it just didn't strike as strong a cord with me as much as the interior. Clouds don't really push my emotional buttons as much as Lois standing alone in their empty family home. Also upon closer inspection the pencil work is also not as strong as the interior art.

It's a great image, one worthy of more than a variant to be honest, this is 'issue one' material. It could have done without the heat vision 'spark' but that is a niggle that isn't a deal breaker. A worthy 5/5.