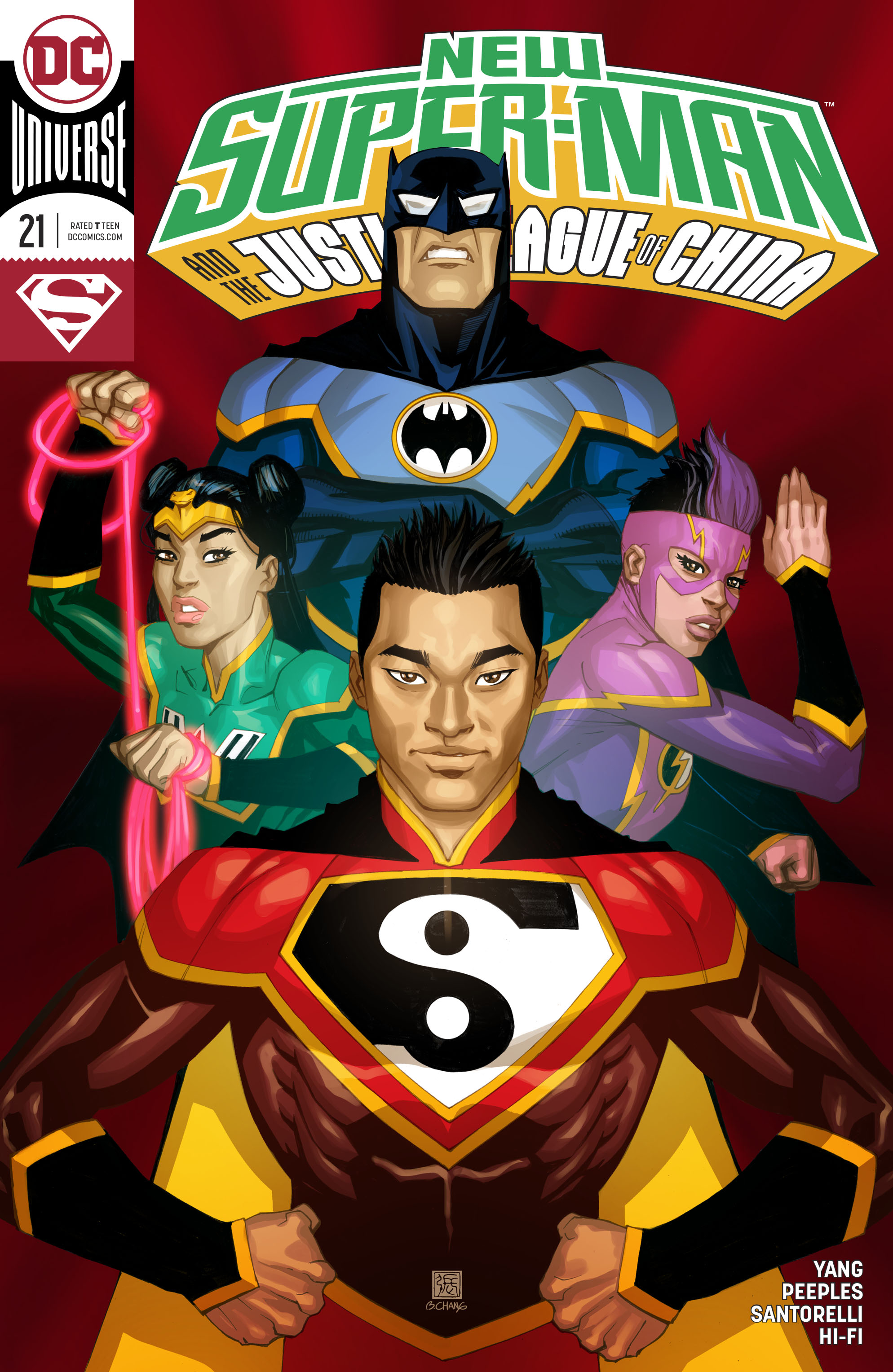 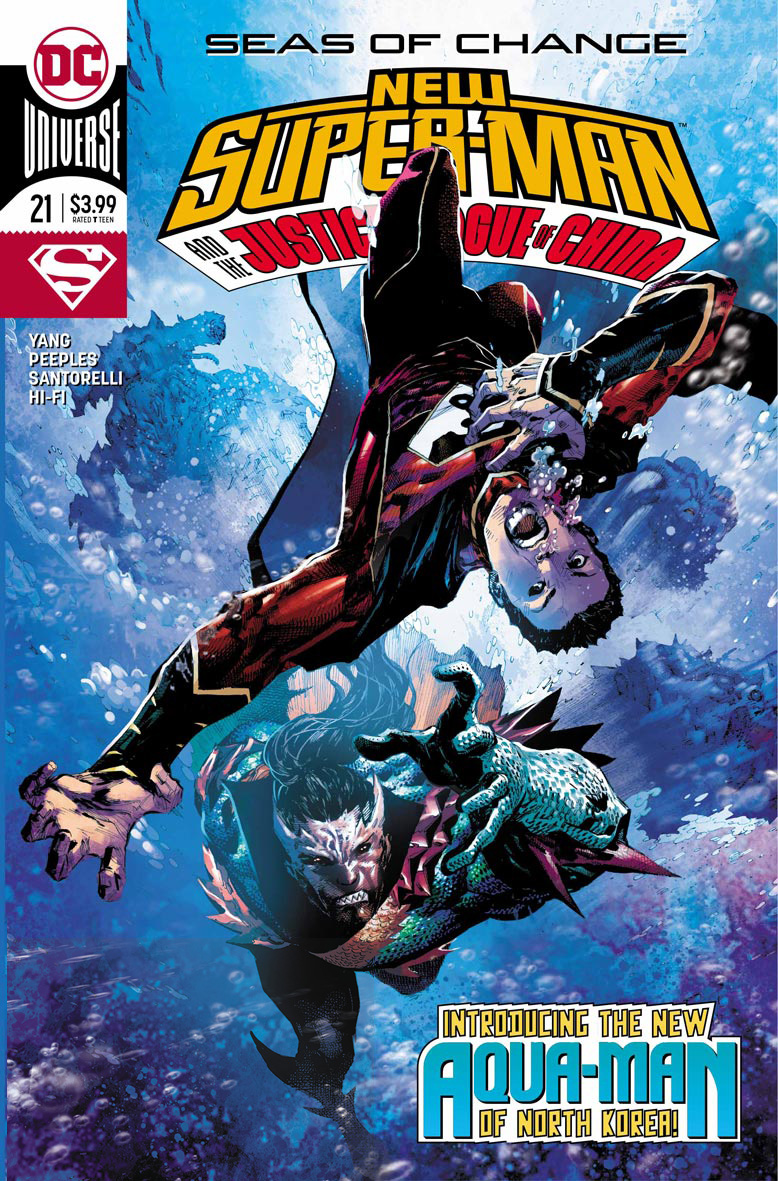 New Super-Man and The Justice League of China #21

Kenan prepares to engage the giant crabs, but before he can land a punch, Deilan stops him. The giant crabs speak to her and ask her to watch over their liege Kwang-Jo. The Deilan and Kenan comply and the team heads back to the Chinese border. They are then confronted by a general who claims Kwang-Jo is an enemy of the state and a murderer. Baixi votes to hand Kwang-Jo over, but the rest of the team votes against him. A battle begins between the North Korean armed forces and the JLC. Kwang-Jo regains consciousness and rushes off into the line of fire convinced he must die. Kenan and Avery stop a barrage of bullets, except one which nicks Kwang-Jo's face near one of his eyes. The team rushes off to give the boy medical attention.

At the Ministry of Self-Reliance's headquarters, Dr. Omen learns of the JLC's possession of Kwang-Jo and plots to interfere. Elsewhere, Kwang-Jo reawakens and is greeted by Deilan who brings him a North Korean soup which, according to Kwang-Jo is only eaten by people who deserve it. Deilan tells him that she got the food at the market. The two go to the market where Kwang-Jo sees the differences between Chinese and North Korean culture.

Meanwhile at the JLC headquarters, Kenan and Avery engage in a private moment when they hear an intruder. The intruder is none other than Mingming who has come to warn Kenan that Kwang-Jo must be surrendered immediately. Kenan and Avery refuse. Elsewhere, an army of sea creatures carry bones into Kwang-Jo's temporary room at the JLC headquarters. Kenan meditates to find an answer to the dilemma surrounding Kwang-Jo, but is unable to find a solid answer.

In Kwang-Jo's room, he is awakened by King Munmu, the great dragon king of the eastern sea. Munmu claims to be Kwang-Jo's father and orders him to take what is left of his body and gain true power. Kwang-Jo complies and is transformed into The Dragonson.

Story - 3: While this issue certainly isn't bad, it also isn't the best. There's plenty of plot progression and setup for future issues, but this issue felt a little slower whereas the previous issue seemed to be going full speed. I'm still not sure how to feel about the Kenan/Avery thing. Fortunately, it doesn't take up more than a page of the issue. I'm sure the next few issues will be a bit stronger, but this one just felt a little weak. I don't really have much more to say.

Art - 4: I love Peeples' work on this book. Action scenes are nice and flowing, "camera angles" are visually interesting, and emotions are properly conveyed. Every now and then, a face looks a little off, but nothing so bad that causes the reader to be taken out of the story.

Cover Art - 4: While I wouldn't say that this is my favorite cover for this series, I would say that it's a pretty well-drawn cover. There isn't even that much to it, but I like it regardless. Perhaps it has something to do with the color scheme. I also particularly enjoy the sketch look going on. It adds a texture that I think suits this cover.

Variant Cover Art - 2: I like the concept, but can we please stop giving Chang the variant covers for this book? Stylized is fine, but for the love of Rao, invest some more time into drawing faces.