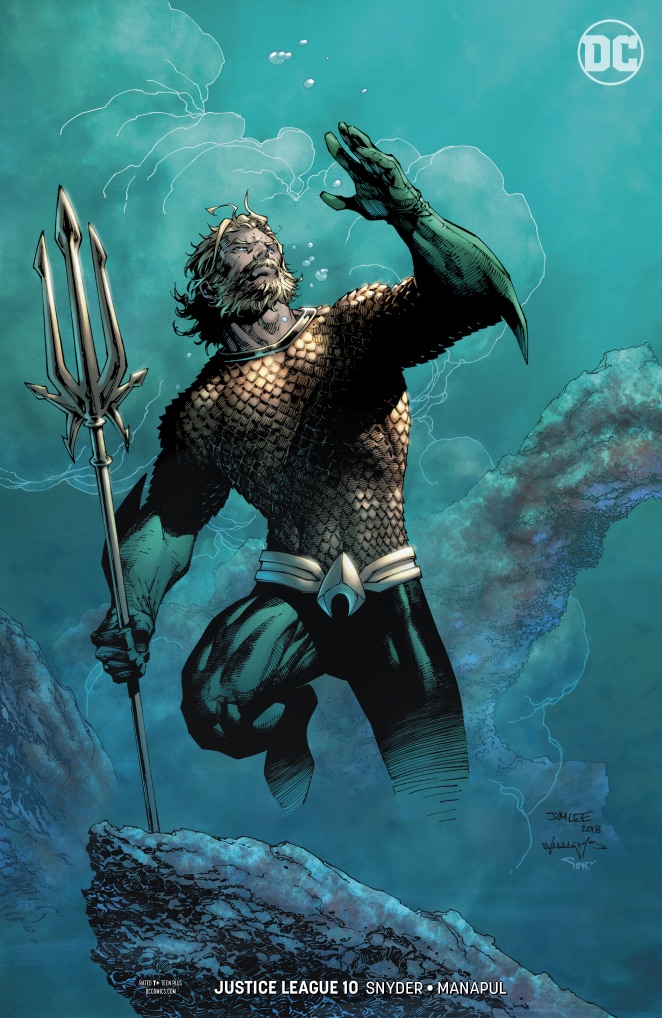 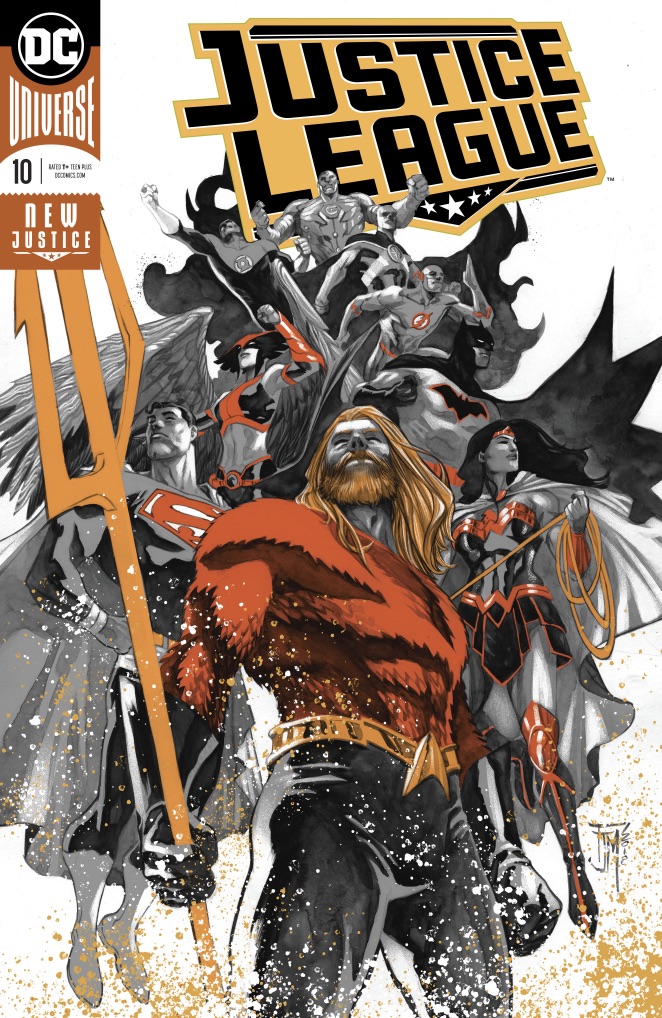 Reviewed by: James Lantz
Click to enlarge
"I know your head is underwater. I doubt that you could hear me." - Prince, "17 Days"

Wonder Woman, Aquaman and Firestorm search the Arctic Circle for Poseidon. Adam Strange, The Flash and Superman take on Volcano Man in their quest for the Legion of Doom's headquarters. Hawkgirl, Green Lantern and Martian Manhunter have gone to Thanagar Prime in an effort to unlock the Totality. Batman is using Jarro, Starro in a jar, to unlock Starman's fragmented memories. These respective missions could lead the Justice League to stopping their foes and learning the secrets of the Totality. It could also be a prologue to the next multiverse shaking crisis.

Aquaman's group has been swallowed by a Space Kraken whose maw is a dimensional portal. Inside the beast, they encounter beings believed to be those Arion, the first hero of Atlantis, had called to stop invaders. In reality, they are the invaders. They have ships blocking Earth, preventing anyone from leaving or arriving from space. Plus, they use the planet's water to make the entire world a Drowned Earth. The Justice League will need every hero and power at their disposal to stop this new cataclysm, and they may even require help from the Totality.

Story - 5: For a prelude to a major story arc, a lot happens. There aren't any character moments like those in the previous issue, but that's just to make room for plot, action and other elements that make this one of the best comics DC has put out this week. It doesn't top #9, but Scott Snyder has crafted what could very well be part of one of the best runs of Justice League in spite of a few rough opening issues. Read this comic if you haven't already.

Art - 5: The revolving door artistry in this title can be unsettling even if the art itself is drawn well by good artists. Still, it's not hurting the quality of the book at the present time.

Cover Art - 4: The visuals in this image are beautiful, but the coloring, or lack thereof, works better for Batman, Justice League Dark or Hellblazer.

Variant Cover Art - 5: While I prefer Namor to Aquaman, Jim Lee has given the character a beautiful variant cover.