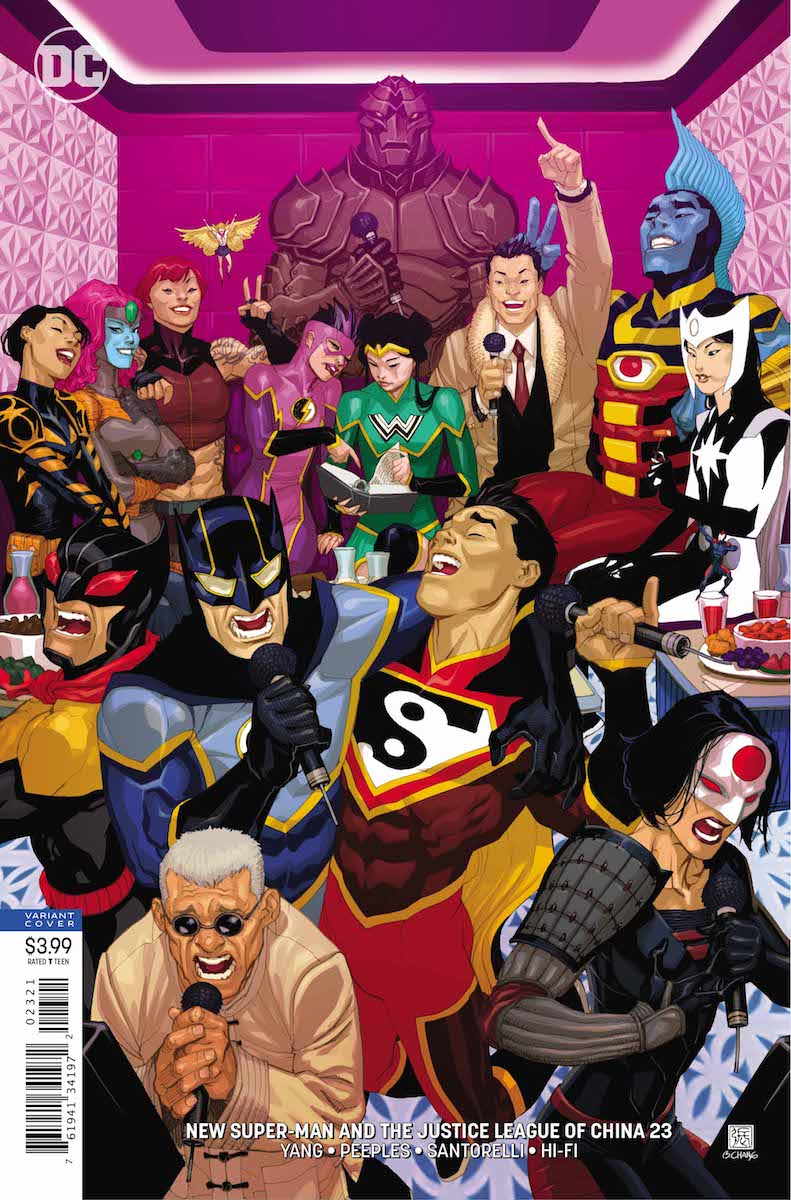 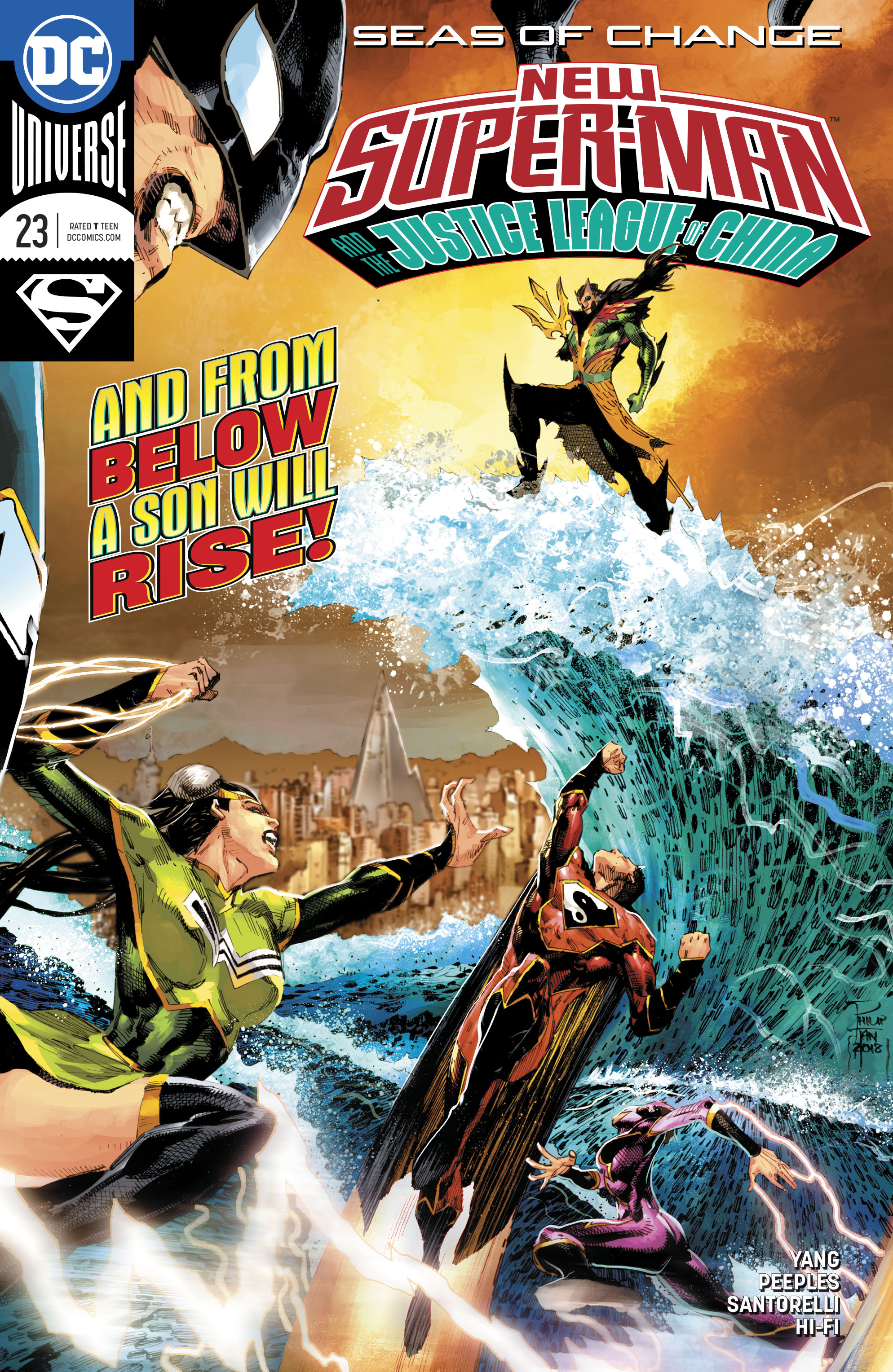 New Super-Man and The Justice League of China #23

North Korea begins flooding as a result of Dragonson opening the heavenly floodgate. Suddenly, Kwang-Jo has a change of heart, realizing that everyone he loves will perish. As Kwang-Jo turns against King Munmu, Kenan arrives followed by Avery and the faux Green Lantern Corps. The Lanterns trap Kenan in a box construct as Avery tries to pull Kenan out of his yang-fueled rage. Successful in returning Kenan to normal, the Lanterns begin their journey to take Kenan to the Crab Shell Prison.

At the Crab Shel Prison, Alpaca and Baixi break out. Despite their differing viewpoints, Baixi wants talk to his sister. That moment, Deilan and Robinbot arrive to rescue Baixi and head off to assist in North Korea.

Back at Prektu Mountain, the North Korean military arrives on the scene and opens fire on Kwang-Jo. The heavenly floodgates are completely open and the nation begins to drown. The JLC springs into action as Avery searches for a way to free Kwang-Jo. Kenan gets the idea to tap into his yin side, which transforms him into a ghost-like entity. After phasing through the box construct, he makes quick work of the Lanterns. Finally free, Kwang-Jo is able to seal the floodgates after realizing that he is in control of the water. The flood flows into Kwang-Jo's body and the crisis ends.

With everything wrapped up, Kwang-Jo takes residence with the JLC. Baixi meets his sister in secret to enlist her help and hands her a flash drive with info about a family he saved in the flood. It is revealed that Kwang-Jo produced a water statue of himself to sit in prison, allowing the real Kwang-Jo to have his freedom. In the space between what is and what isn't, Kenan comes to the conclusion that he could visit the realm of spirits in his yin state and makes plans to visit Master I-Ching.

Story - 5: For a series that was supposed to end five issues ago, this book continues to impress. Not only are the stories interesting and engaging, but we continue to learn more about what Kenan can fully do, and it's just as exciting for us as it must be for him. I really wish more people were reading this book.

The Kwang-Jo character has a lot of potential as a member of the JLC. He's likable enough and his ability to control water makes for an interesting take on an Aquaman-type character. The only thing I'm concerned about is how he'll be able to have a career with the JLC when the government thinks they have him in prison. Unless he operates looking like he did when he was Dragonson, people might catch on to his water statue trick.

Art - 5: Brent Peeples is an incredibly talented artist who continues to bring Yang's incredible stories to life. After a quick Google search, I was unable to find any other titles that he's worked on. This appears to be the first title that he's worked on (or at least for a major publishing company). If this is the case, I hope we get to see him work on other titles in the near future.

Cover Art - 4: This cover is gorgeous to look at. For some reason, it reminds me of Hokusai's The Great Wave off Kanagawa. The composition is solid with a great looking Kenan flying toward the action. I'm not sure what Avery's right hand is doing, but almost everything about this cover is perfect.

Variant Cover Art - 4: I'll go ahead and give this variant a pass. It's fun and has a sense of humor about it.