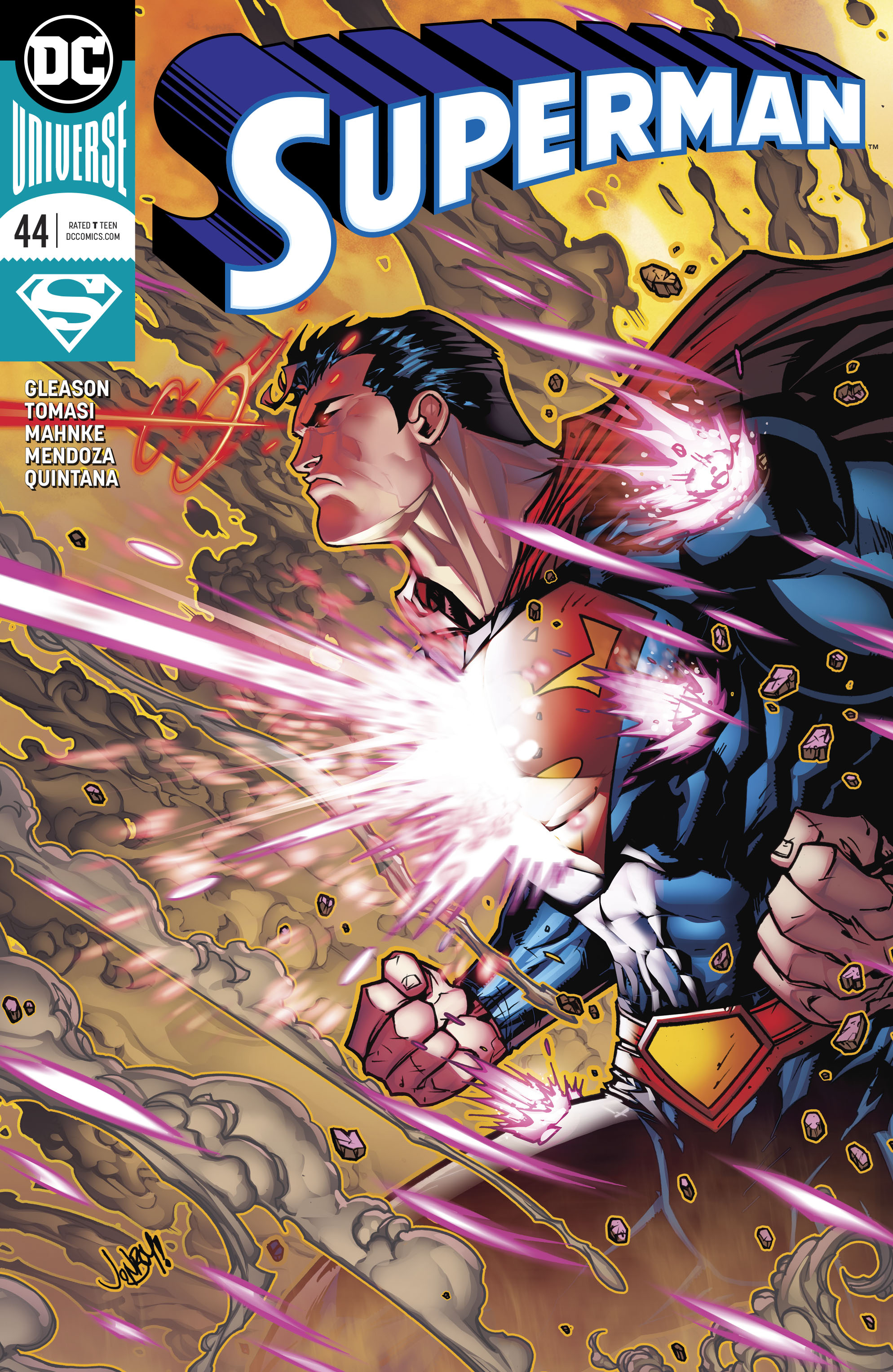 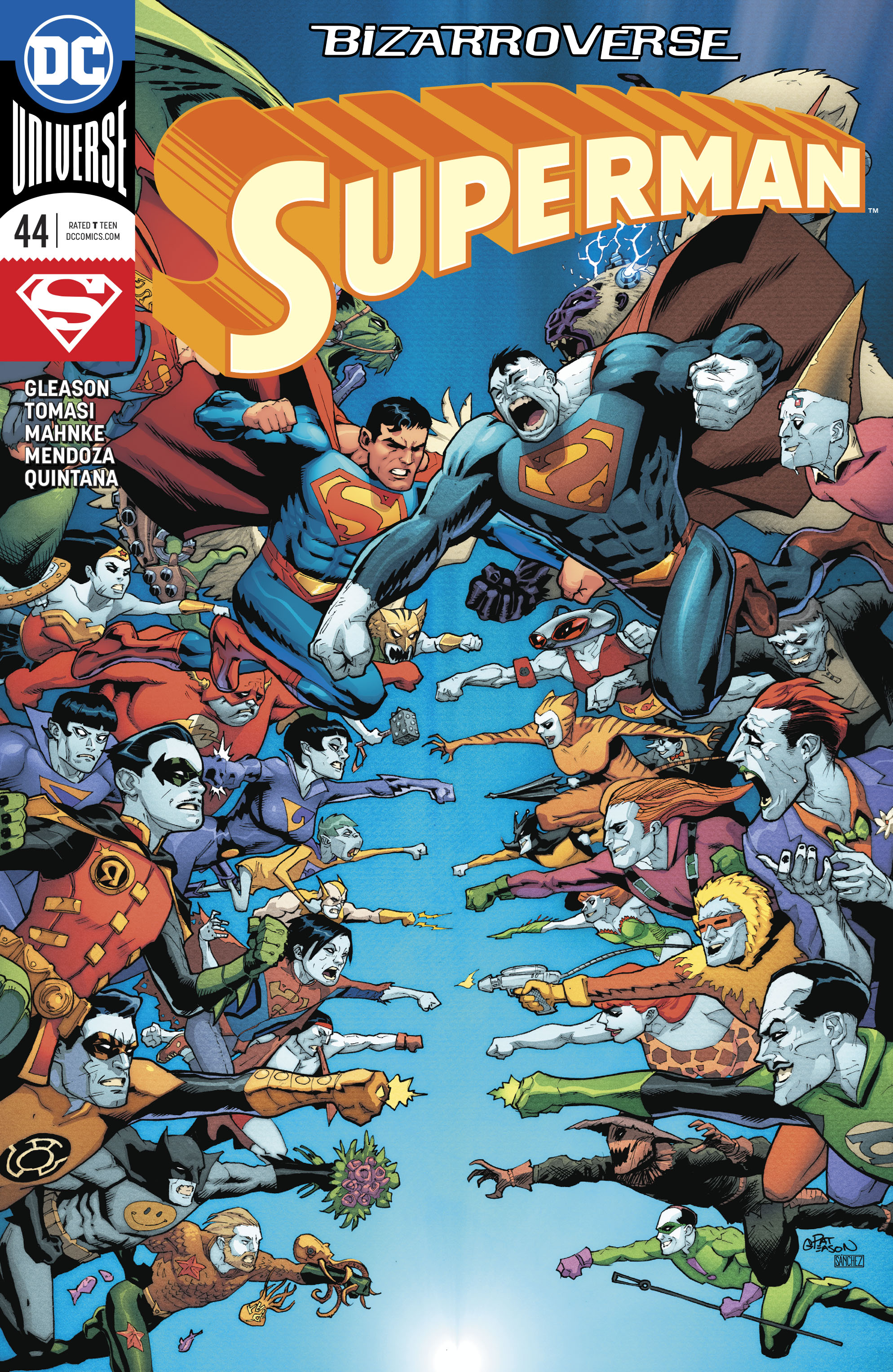 Superman and Bizarro are battling on Htrae's moon. Superman is desperately trying to reach out to his double as one parent to another.

Jon, Maya and Kathy meanwhile are on Htrae's surface trying to protect an emotional Boyzarro as the planet begins to collapse in on itself. Kathy tries to use technology to keep the planet alive long enough for Superman to save Bizarro, Loiz and Boyzarro but it proves an impossible task as the Legion of Fun tries to stop them. When Superman and Bizarro finally arrive to save the day, Loiz proves to be a villainess with a rocket ready to escape her planet's fate.

Bizarro does something unthinkable to Loiz and climbs into the rocket himself leaving his son behind to die (in our logic). Superman and the children (including Bizarro Robin) refuse to allow Boyzarro to die and pull him back through the portal to Hamilton County.

Htrae dies in a furious explosion but now a strange new destiny awaits Maya, Kathy and the Bizarro Super Sons!

Story - 4: If you try to decipher the Bizarro-speak, it will take you forever. That ruins the issue a little as it takes away from the enjoyment of the story.

Loiz being brutalized brought home how warped Bizarro really is and Boyzarro has yet more heart wrenching scenes. Superman stands up for the underdog and tries his hardest to make things right. His strength of character shines through in every scene and it was nice to see Jon become a leader, even if that was fleeting.

This storyline continues to surprise with what I had initially thought was to be a comedy farewell. This issue proves just how dark things can get and I'm interested in seeing where Boyzarro goes from here and if his father will return.

Art - 5: I've never made a secret of how much I love Mahnke's artwork and this issue doesn't buck that trend.

The layouts are a dark twisted mix of action, comedy and horror. Each theme is strong and really accentuates how strong the storyline is. The fate or Loiz is left open as is her husband's but the artwork heavily hints as to what truly happened and it's the art that pushes the emotional buttons.

Cover Art - 5: This cover is fantastic and in a way I wish that we had more time to see the Legion of Fun in action because that would have really kicked things up a notch.

Still the cover, as fun and vibrant as it is, does the interior storyline an injustice. I think an image of Boyzarro watching Htrae crumbling around him would have been a far more powerful image. Despite my personal opinion, this is a great piece of art and fully deserving of a 5 rating.

Variant Cover Art - 5: This action scene is great, like a snapshot of Clark in action. The heat vision warping the environment really gives an impression that we are seeing this in slow motion and it really makes me wish Meyers had made this into a fully animated/lenticular cover, because this cover deserved it!