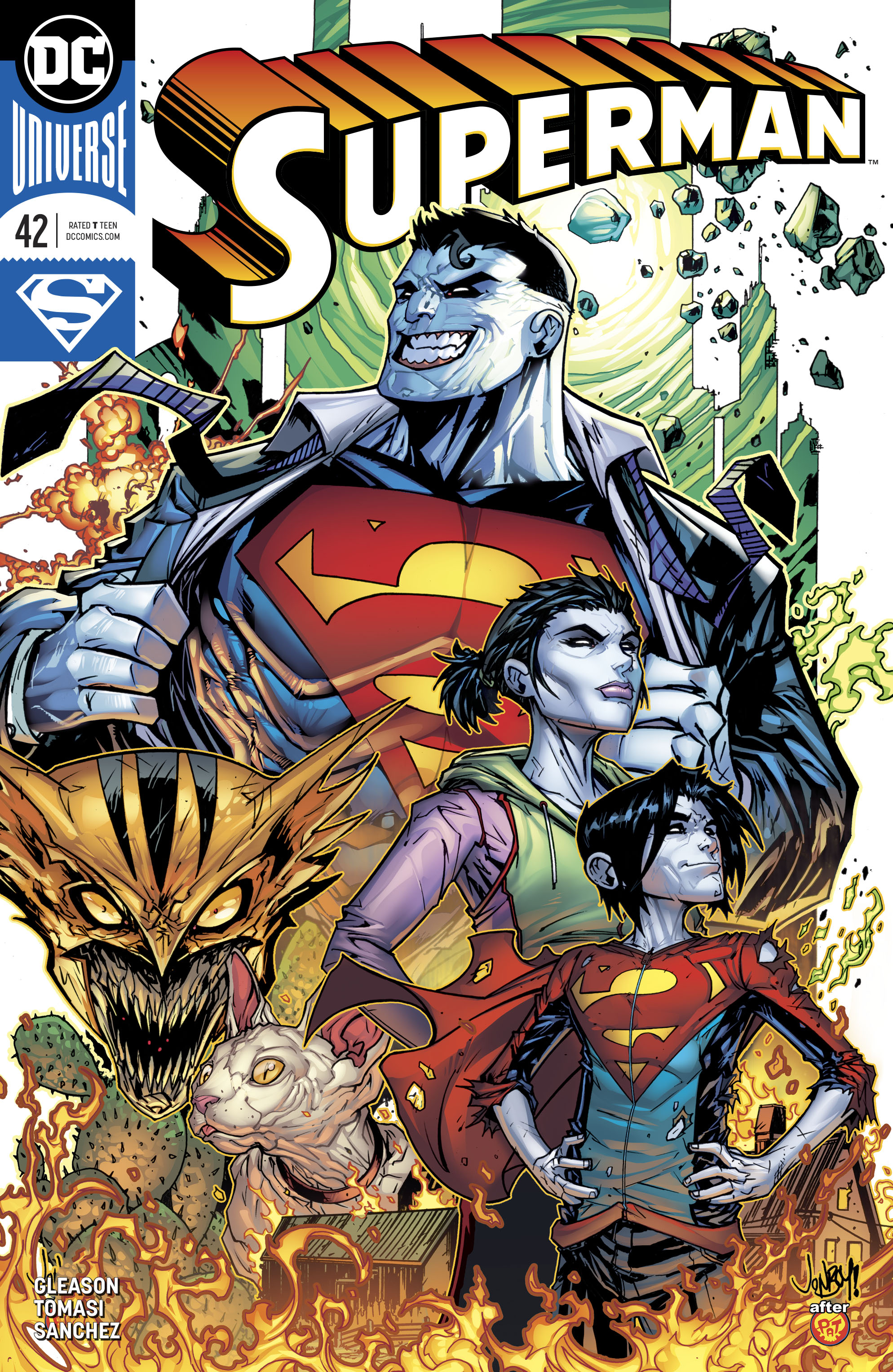 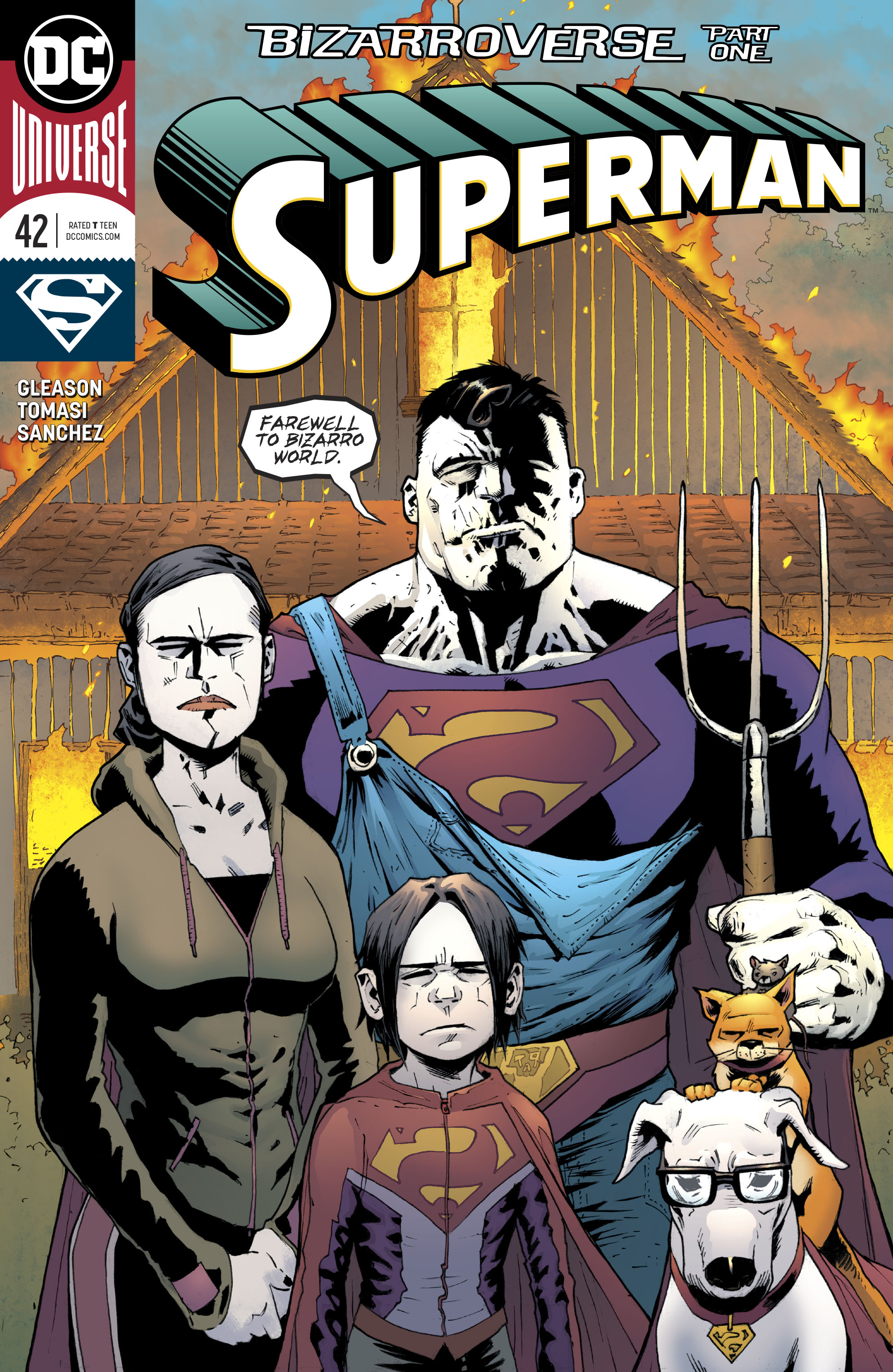 In their own way their lives mirror that of Clark, Lois and Jon in Hamilton County with events of Clark's earliest days as playing out in a twisted fashion as only they could in Bizarro's world. When Boyzarro's powers manifest with the attack of a vicious hawk, instead of the events playing out as they did for Superboy, a portal from Earth opens and appearing in the swirl of energy are Kathy and Jon.

As the twins discover one another and attempt to touch, the portal shuts down in an explosion of energy.

Jon and Kathy think little of their visit to another dimension and catch up with each other after their time apart.

When Jon gets back to Metropolis his secret visits to Kathy are exposed by his parents and when they pry a little into his relationship with the young girl Jon races to bed.

It's a lonely night, but not for long as it turns out Jon's visit to Bizarro World accidentally brought back a passenger, and he's not very happy!

Anything feeling familiar? It should, as the Bizarroverse story opens it is clear that this is the closing chapter to Superman's Rebirth story line and that everything that happened to Clark, Lois & Jon after Convergence also happened in parallel on Htrae. There is a loving attention to detail as the events play out, if you picked up Superman: Rebirth #1 you might really enjoy looking at the pages of both issues at the same time. I feel very sad for Kathy living alone in Hamilton and though the story revealed that Jon had secretly been traveling back to Hamilton periodically, I can't help but feel she should not be left behind, like Lana once was. Of note to fans of Bizarro in "Red Hood & The Outlaws" and the one on Htrae... they are not the same character.

The arrival of Boyzarro promises some fun ahead for their entire family - more on that in a moment...

There has been a great deal of work put into this story line - it isn't just in the writing, but hats off to Gleason and Tomasi for going back to June 1, 2016 and showing us just how far the characters and creative team has come. The artwork style has grown spectacularly when you compare issue #1 with #42, is it the inking, the pencilling or investment emotionally into the character? I find it difficult to tell.

I love that it embraces the theme of the story and explores it, as a classic with a new but familiar twist.

Just like Superman is a classic and Bizarro is his 'twist', I think Otto Binder and George Papp would be extremely proud of what has been achieved with their chalk white creation and his strange new family.

Variant Cover Art - 5: Meyers has done a fantastic job of recapturing the magic of issue #1 and has worked in every aspect of Bizarro's first days, kept it fresh made it feel just as special as it was at launch, I might even go so far as to say I like it a lot more than the original.