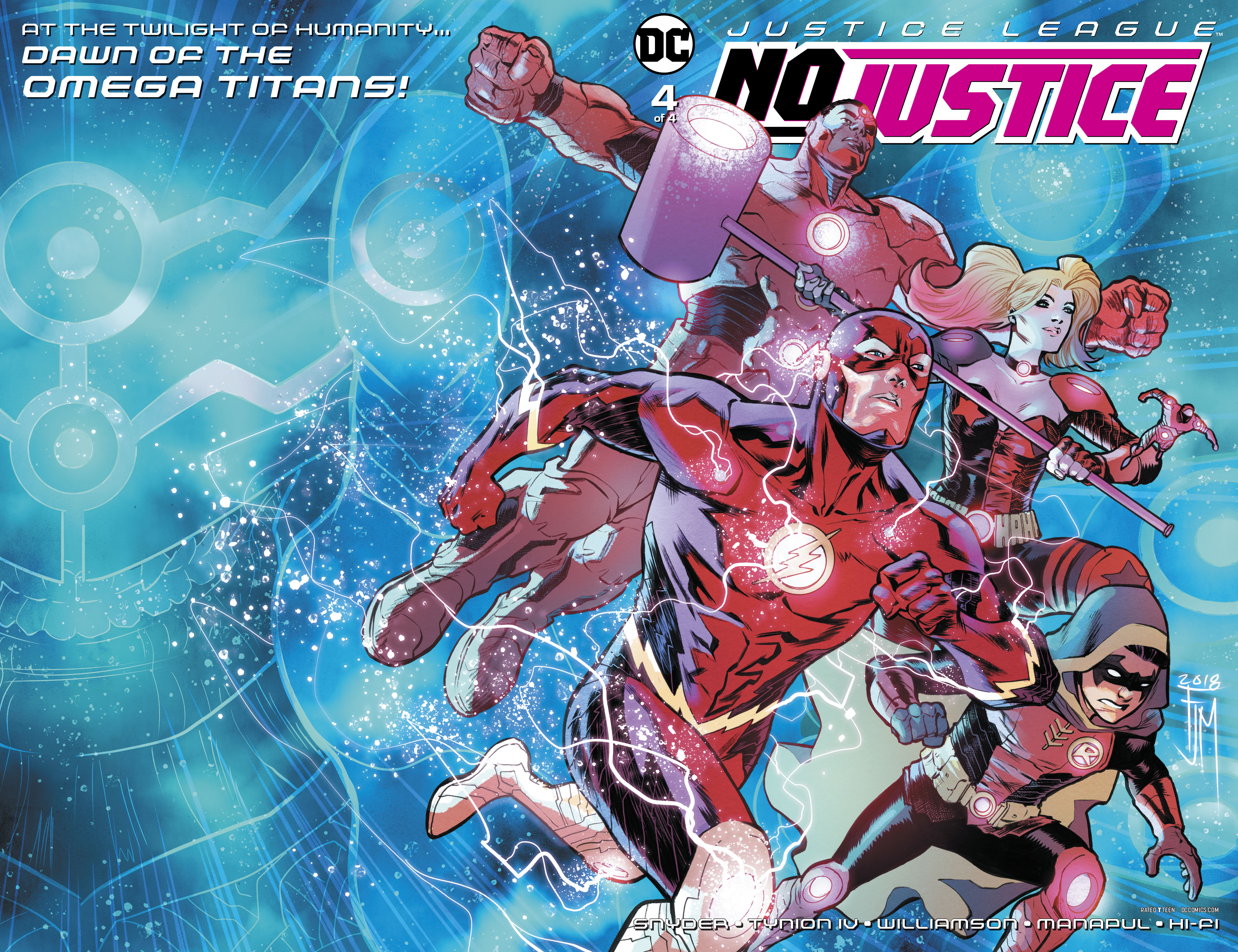 The Green Lanterns (and I am pretty sure it is all of them) are at the source wall trying to close the tear left behind from the end of the "Metal" story. When Hal gets a distress call telling him Earth is about to be destroyed. Back on the remains of Brainiac's ship, which is speeding away from what used to be Colu and headed to Earth, the heroes and villains attempt to stop what they couldn't before learning that all the worlds that were stored in Colu's nursery are returning back to their natural sizes. Vril Dox teleports to Earth to accelerate the seed's growth to speed up Earth's fate of being destroyed. Amanda Waller, who downloaded all of Brainiac's knowledge, allows Cyborg to download the information in an attempt to create a plan to stop Earth from sharing the same fate of Colu. The solution? Harvest one of these seeds and supercharge it so the Omega Titans are concentrating on it instead of Earth. Diana charges the seed with wonder, Martian Manhunter charges the seed with mystery, Cyborg charges it with wisdom, which leaves entropy. After Deathstroke fails to charge it Lex Luthor takes it and charges it. With a fully charged seed, they fire the seed into the Entropy Titan and the other Omega Titans feed on him getting their full and leaving Earth alone.

In the aftermath Luthor tells J'onn that the Earth is tipped toward entropy not justice and that he needs to prepare and suggests to J'onn he does the same. Batman tells Black Lightning that with Amanda Waller's new information at her disposal, they need a team who can keep them covered from the outside. Impressed by the way Oliver Queen handled Waller, J'onn gives Ollie the key to stopping the Justice League if they ever go too far. The three new Justice League teams are introduced...

Continued in next weeks "Justice League #1".

Story - 4: I will be honest, this one was tough to rate. While I found the solution to the Omega Titan problem to be a let down, the main purpose of this book was to bring three distinct Justice League teams into existence and I must say I had little to no interest in any of these teams until I turned the last page and now I am looking forward to not just one but all three titles. Mission accomplished Mr Snyder and company. Also the fact that many worlds that were held captive on Colu are back and you know down the road this should have major consequences is exciting. Lex Luthor, also reverting back to his less than hero ways, is bringing together the Legion of Doom which should also make for some interesting storylines. This book had one goal, get the reader hooked on these new titles, and for me it did.

Art - 4: Francis Manapul is back for the 4th and final issue of this series. And I for one could not be happier. The art is spot on throughout most of the book. Once again Hi Fi delivers with the best coloring in a book I have seen all year.

Cover Art - 4: What can be said that I haven't said already, another solid cover by Manapul featuring the last of the four teams formed by Brainiac.