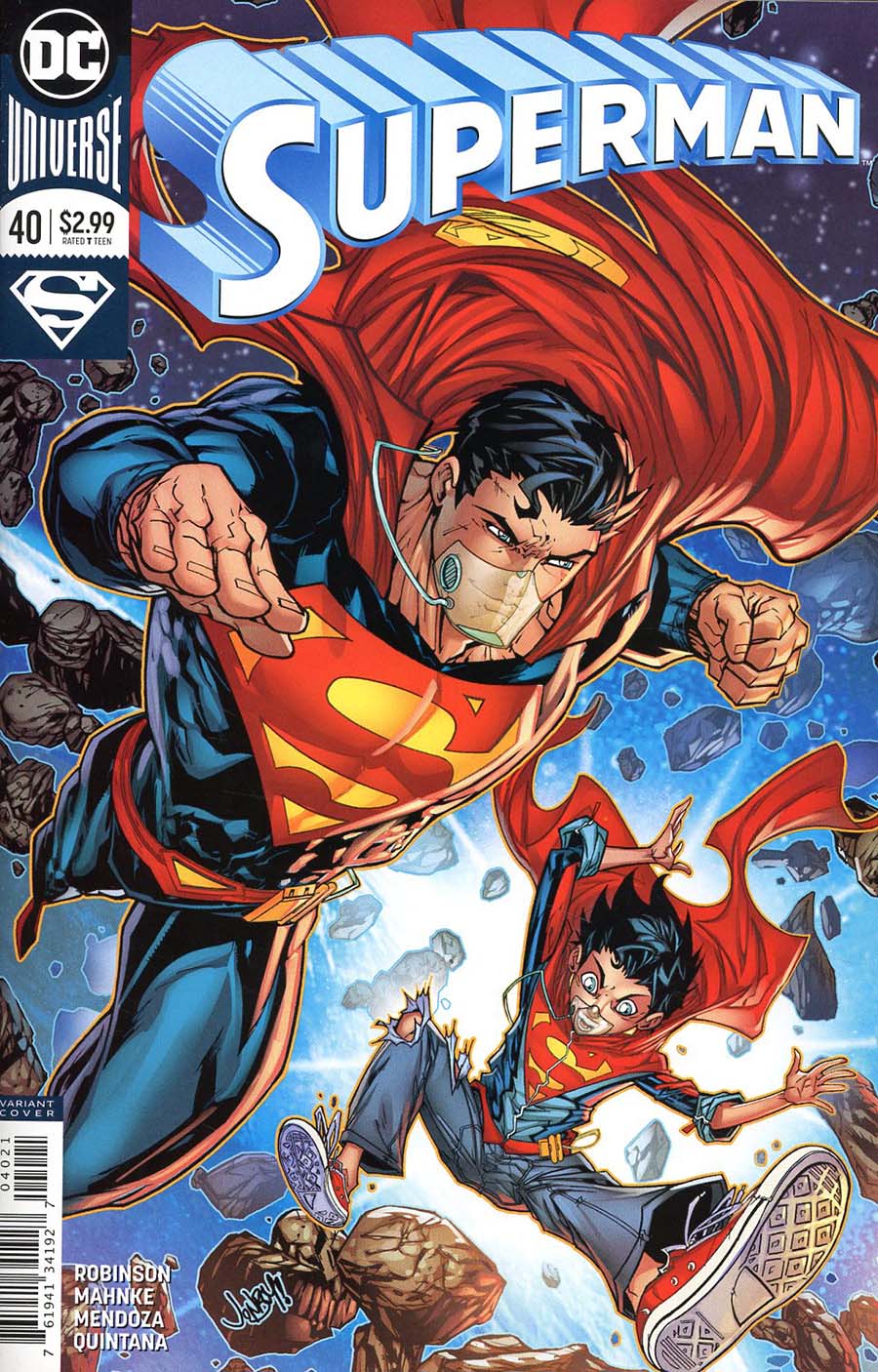 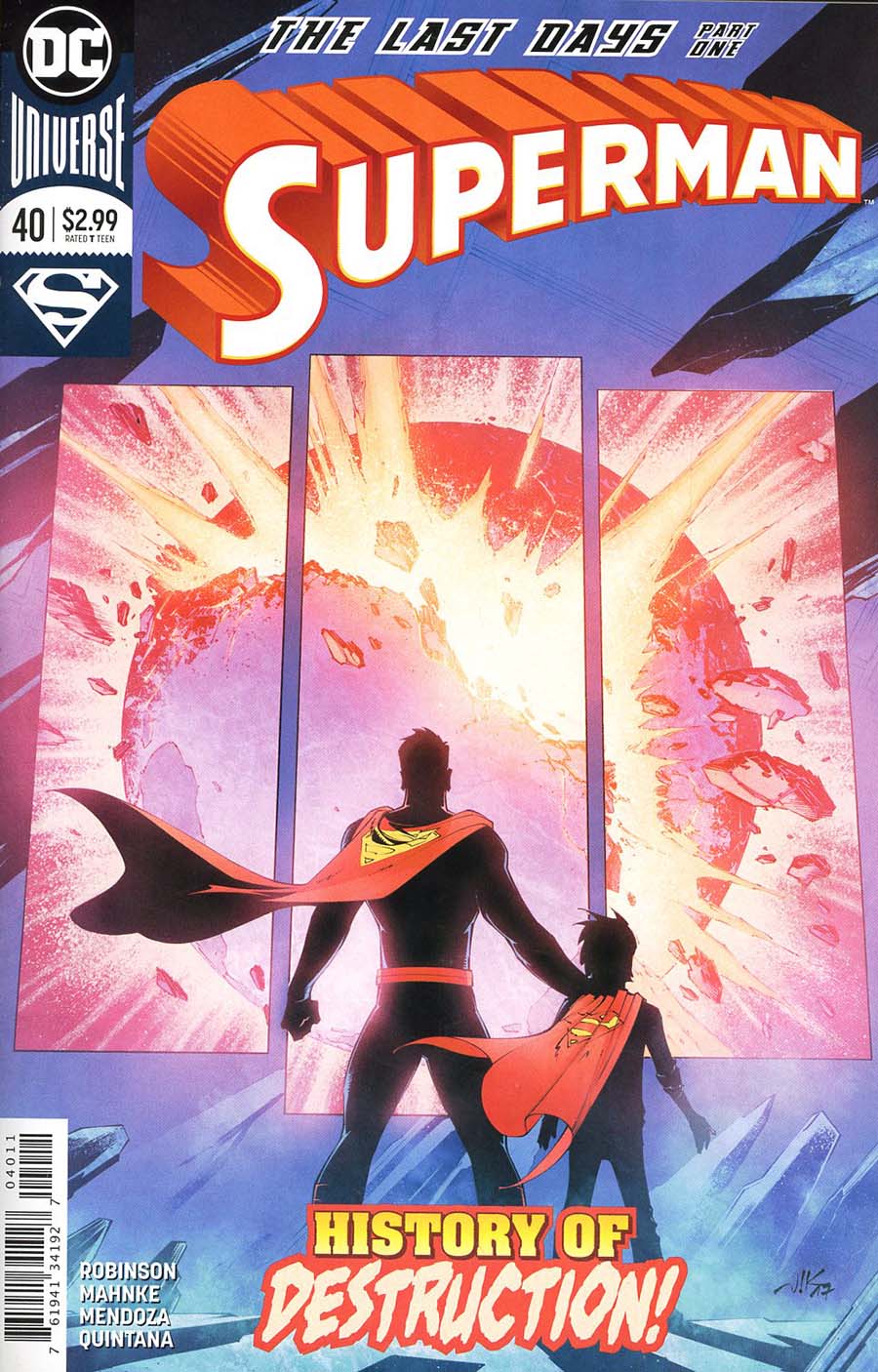 Scheduled to arrive in stores: February 7, 2018

Clark and Jon are visiting the Fortress for a very special anniversary. Krypton died this day and the men of the Kent family wish to honor those that passed away by watching a holographic representation. An alert in the Fortress reveals another planet is suffering a chain reaction so Superman and son race to save it. The reception they receive on planet, Galymayne, take them by surprise. A battle of wills and a conflict of science and religious faith mean history may be about to repeat itself. Clark and Jon find themselves begin to weaken but despite the odds they refuse to give up. Will it be deja vu or the beginning of a new age?

Story - 4: A polarizing story that is full of sentiment and heart.

Clark and Jon are clearly influenced by Krypton's fate but when faced with religion they are dismayed to find the planet's population embrace their fate through religious prophecy. Even if they save Galymayne will they be making the right choice or making enemies?

I am not sure I agree with Clark's attitude in this instance. His motivation of course it to save billions of lives and even he admits he has not visited many alien planets. The culture shock brings out a stubborn streak and reminds me of the phrase: "You can lead a horse to water, but you cannot make him drink."

You may not agree with me but I felt his stubbornness put his life and that of his son in terrible danger. I am interested to see where this will go and its emotional toll on Superman, not to mention its influence on Jon.

Art - 5: If your breath wasn't taken away this issue, with the stunning artwork and that journey through space, I'm not sure what more they could do. Jon is occasionally a little cartoonish but I think that's across all titles. I keep flipping back to that journey from Earth to Galymayne and can't get over what a great job they did this issue. Color Artist Wil Quintana has complimented Mahnke's line art perfectly.

Cover Art - 4: I initially thought from the cover that we were having a Dr. Who/Waverider moment and that Clark and Jon were watching Earth's last moments. The color palette here misled me a little but the emotional toll of the scene was not lost. You don't need to see Clark or Jon's faces to know they are devastated.

Variant Cover Art - 4: Strangely, the variant avoids the themes of the issue and gives us another take on that journey through space. This rendition shows the duo in a more lighthearted way and in some respects, given the story, it was a nice way to avoid the controversies of the issue.