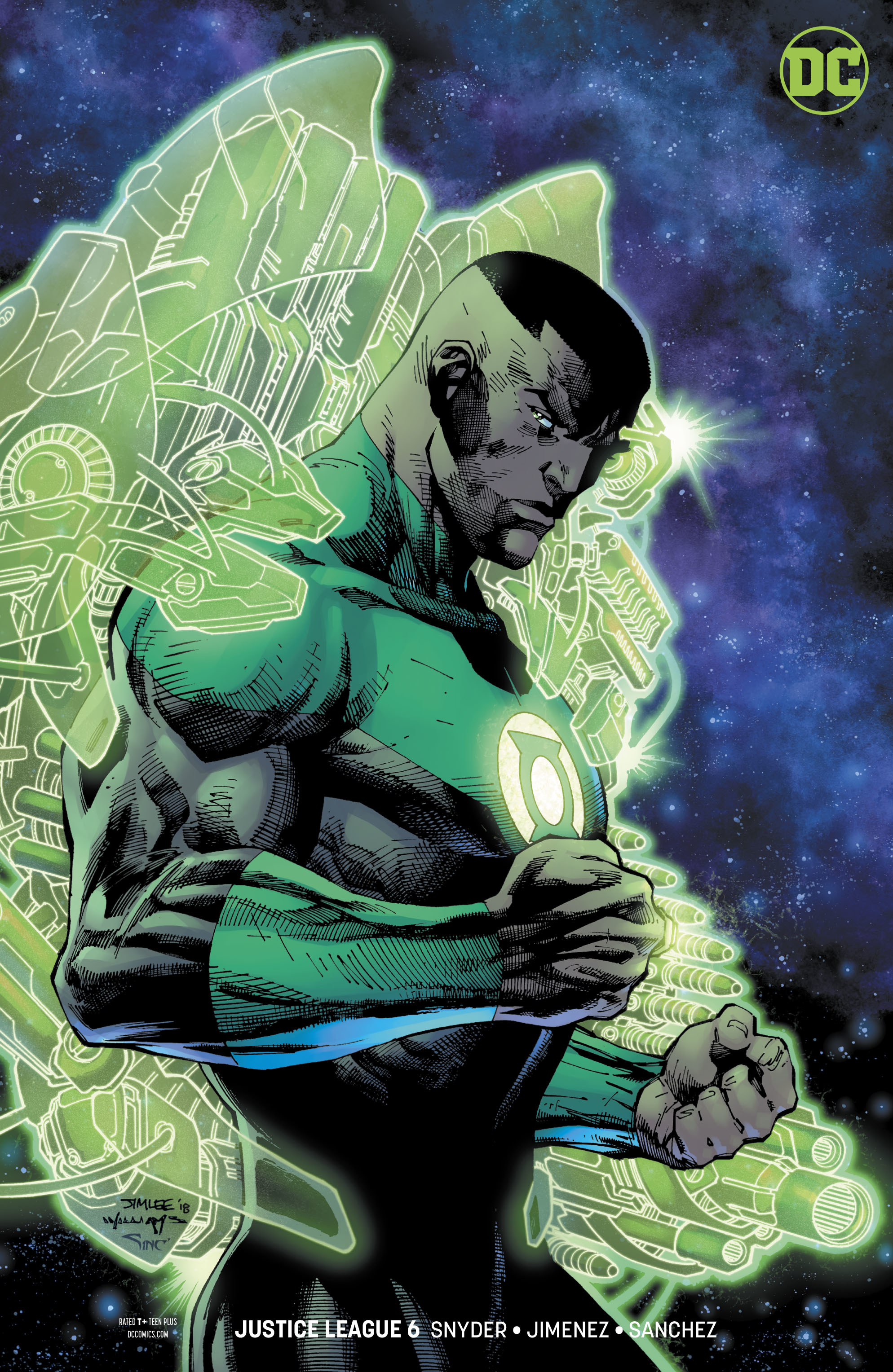 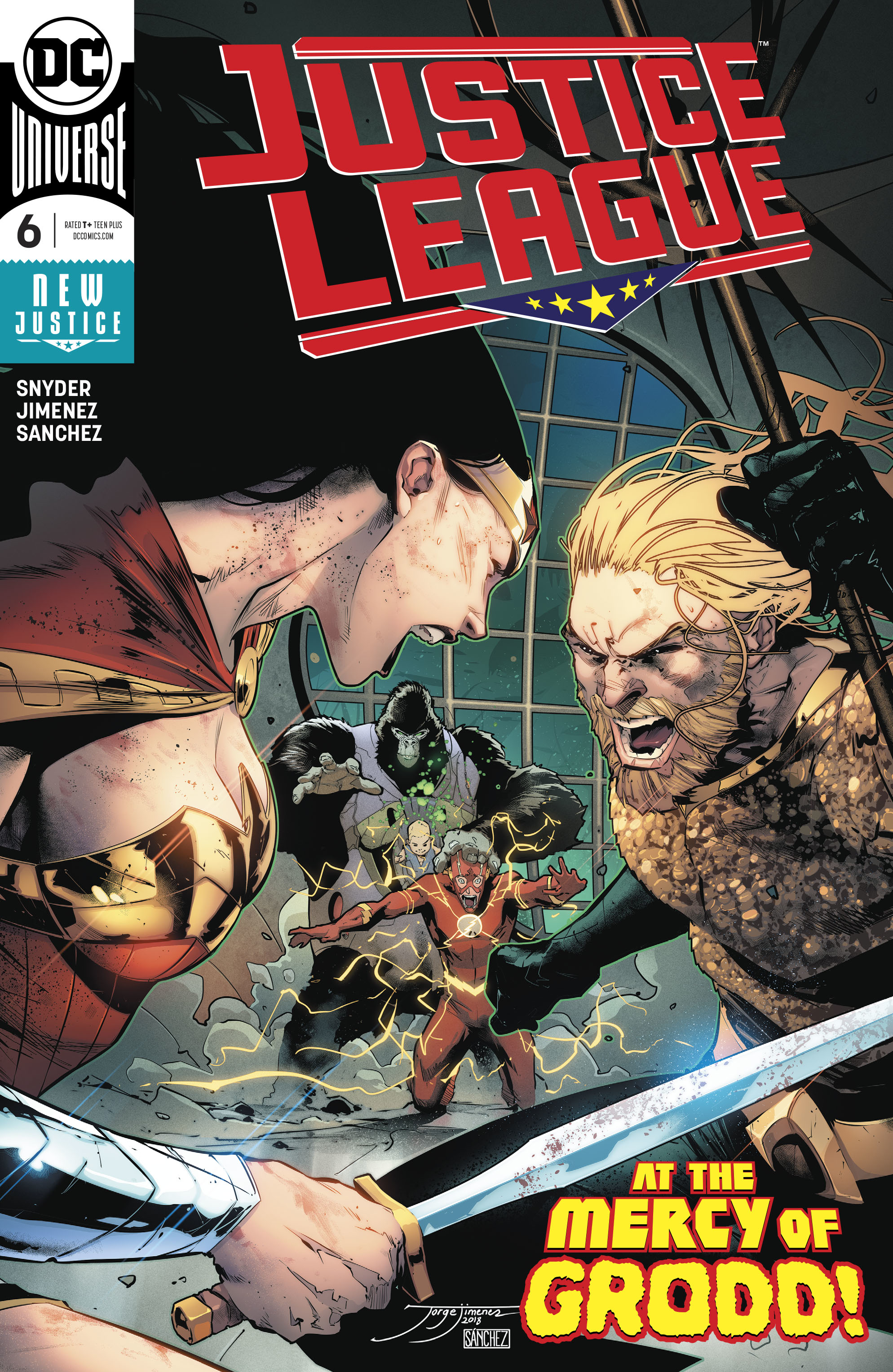 Reviewed by: James Lantz
Click to enlarge
Lex Luthor and the Joker have beaten Batman. Half of Earth's population is part of the Ultraviolet Spectrum. Members of the Legion of Doom are trying to unlock secrets of the multiverse. Yet, in spite all of this, our heroes in the Justice League forge on. Instead of fighting against the powers that either work against them or try to control them, they must embrace them and cooperate with them. John Stewart and J'onn J'onzz show Earth that its people must accept their mistakes, their darkness without being consumed by them. The end result is a planet with the symbol of the Ultraviolet Corps on it for all the universe to see.

Story - 5: While the previous issue really interrupted the pacing of this serial, this is still a pretty solid issue chock full of everything from great character moments to edge of your seat action. This is what I expected from the first couple of chapters in this arc. It also reminded me of the best Star Trek, Twilight Zone, Outer Limits and Doctor Who episodes. This is perhaps the first time I've looked forward to a Scott Snyder comic ever, and I'm surely looking forward to Justice League #7.

Art - 5: This issue is full of superhero action blended with science fiction and horror elements. Some panels look downright creepy, but that's a good thing for me.

Cover Art - 4: This cover looks like it was drawn in a hurry. The image itself is nice, but the rushed feeling of it brings down the quality.

Variant Cover Art - 5: My favorite Green Lantern finally gets a variant cover for this series. Jim Lee out did himself with this one.