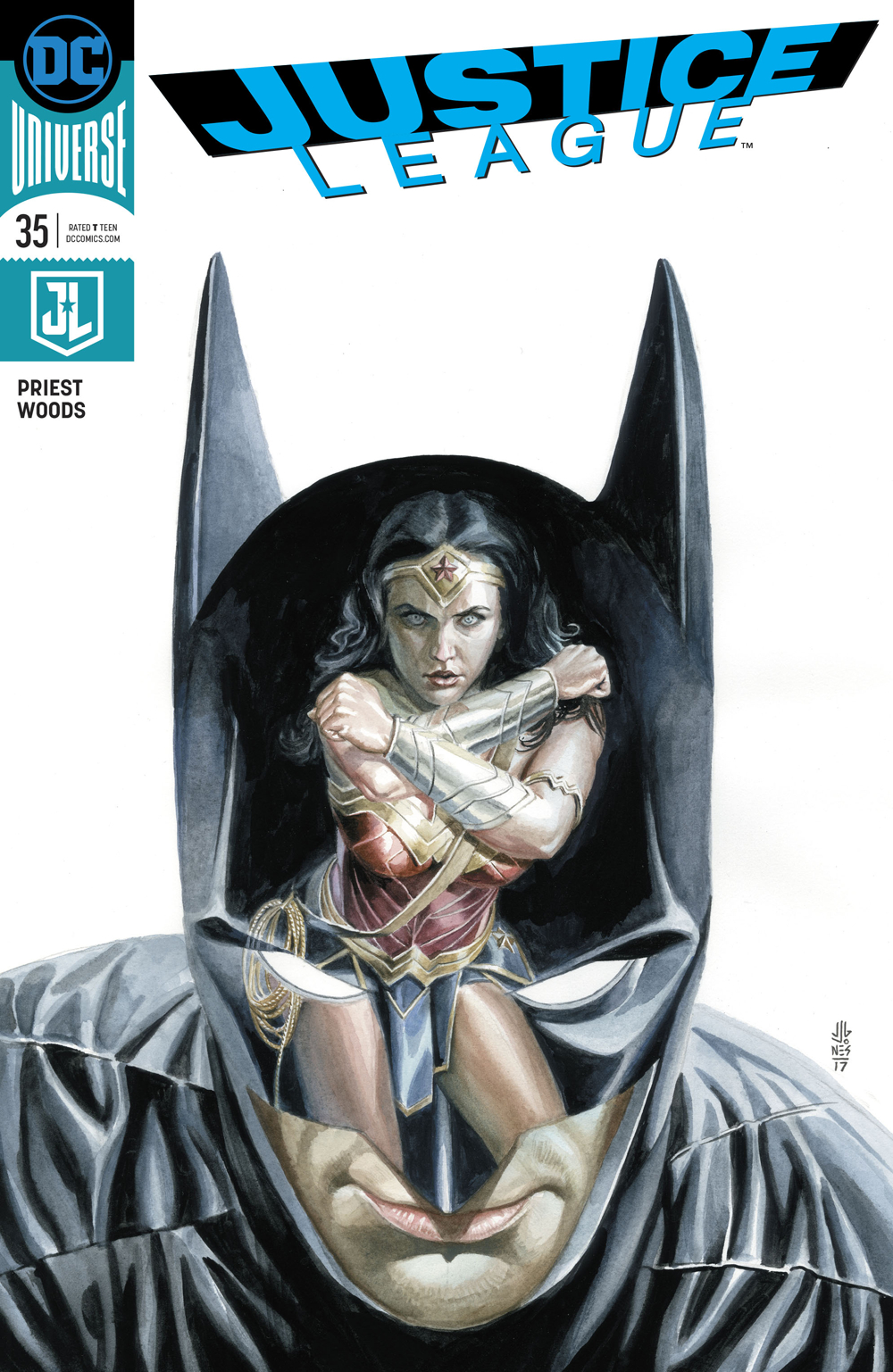 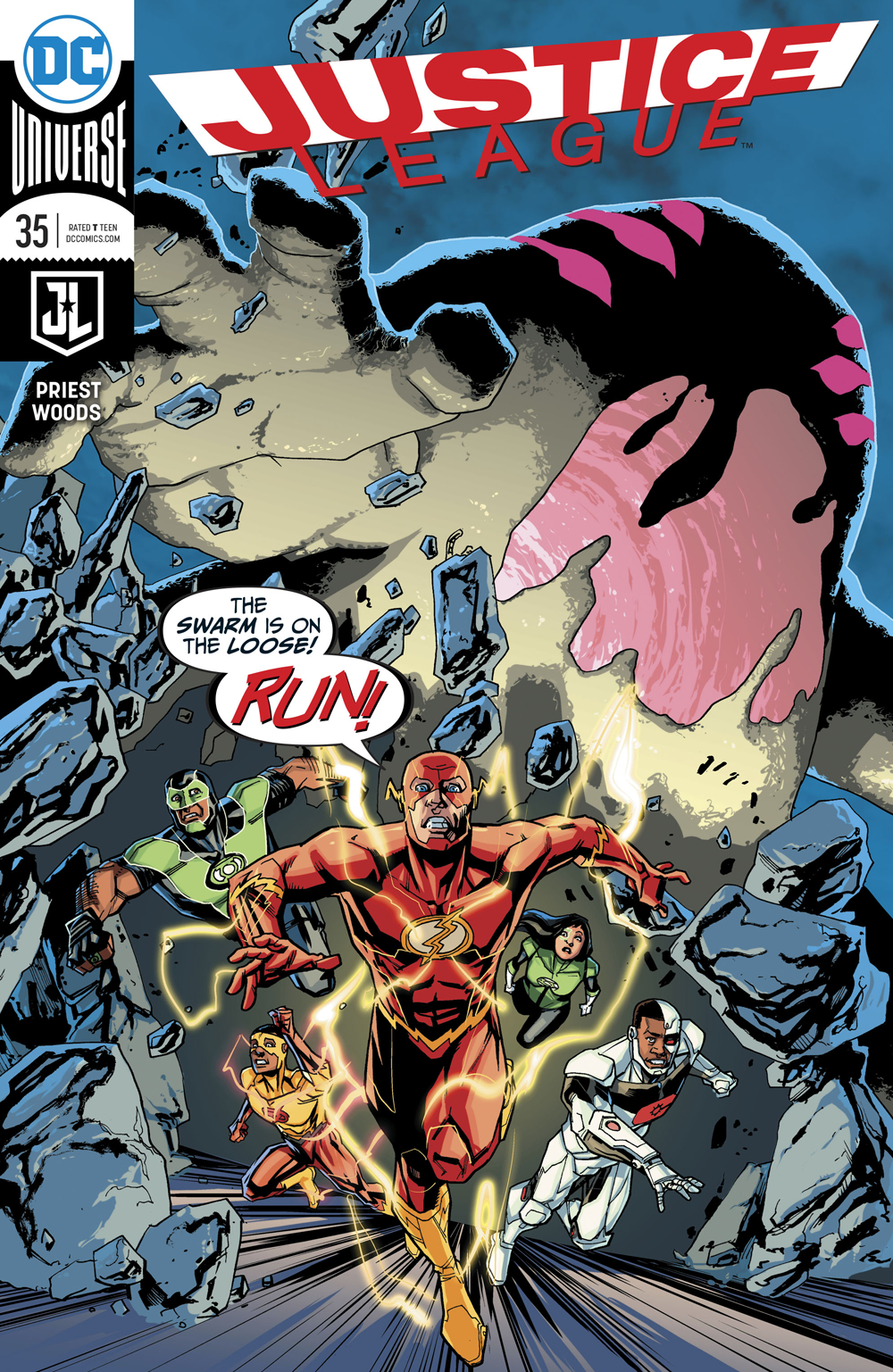 "The People vs Justice League" - Part 2

Because of the events in the last issue, Diana is answering questions about her involvement in El Dominigo, in particular how a nun died by her sword which is now in evidence. Back on the Watchtower, someone named Glenn Gammeron breaks into the Watchtower and after a brief battle with Jessica Cruz, he makes his intentions known, he is looking for John Jones, he needs help. It seems he lost an alien cockroach but not an ordinary one, but one that can duplicate and eat through anything. Flash and Kid Flash are running around the city, looking for this bug when they come across a swarm of them.

Back at the Watchtower, Superman asks Diana and Bruce if they should join the fight, when Diana questions why did she decide to come to the world of man, she wanted to bring Peace, Compassion, Joy, and Love, but all she has done is use her fists. Superman tells Diana plans change and Batman says she blames me and my plan but won't admit it.

With some pretty solid teamwork the team defeats the cockroach problem. And the main bug has been recaptured for transport. Things for the League seem to be looking up when breaking news video footage of the events in El Dominigo, the extremist grabbing Wonder Woman's sword and killing the nun. Within seconds the video goes viral.

Next Issue: The Revenge of the Social Network.

Story - 4: First of all let me apologize for missing the most important scene in the last issue, of the death of the Nun by Wonder Woman's sword. Now onto this issue. If you gave up on Justice League during the first 33 issues, do yourself a favor and grab last issue #34 and this week's #35, Priest has breathed new life into the title. While the rogue bug took up the majority of the issue, it is the doubt that is going through the various members first Batman, and now Wonder Woman. In two issues, you can see that Priest is building a story of many layers. This is shaping up to be the Justice League many have wanted from the start of Rebirth.

Art - 4: Same artist as last week, I mentioned that it was okay, but it has started to grow on me. While still not up to the standards of previous issues, I liked the art slightly better than last issue. Maybe it's growing on me, or maybe the story is so good it elevates the art.

Cover Art - 3: Depicting what's in the issue on the cover is always a plus for me. I would still like a little more detail on our heroes, but the cover is good enough to get a passing grade.

Variant Cover Art - 4: Stunning image of Batman and Wonder Woman, and while not directly a depiction of the action in this book, you can feel the tension between these two characters and that is backed up by Bruce beating himself up over his error in judgement last issue.