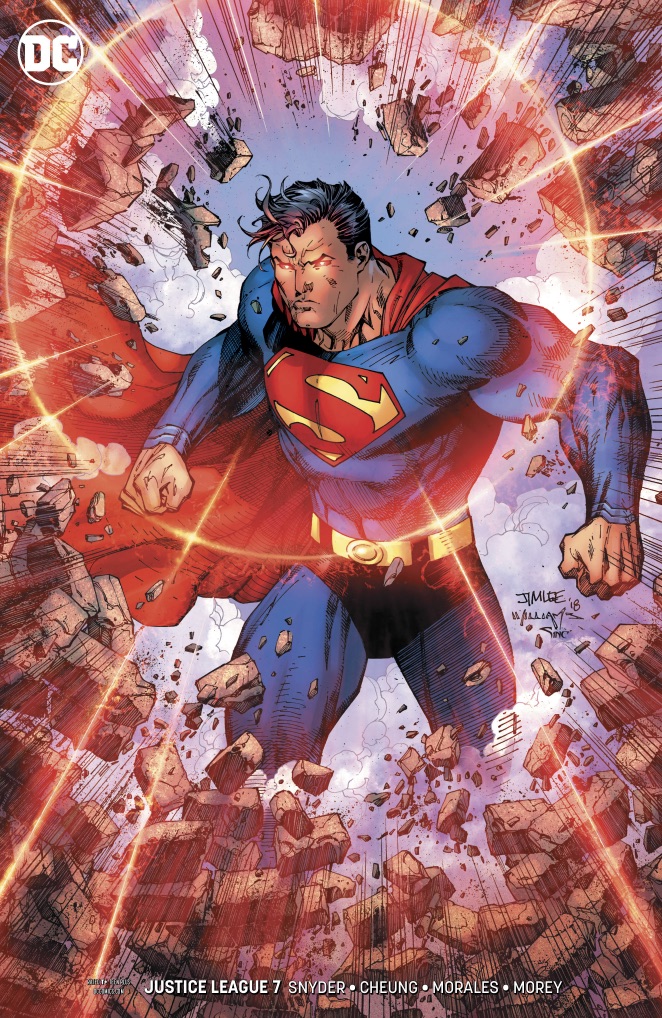 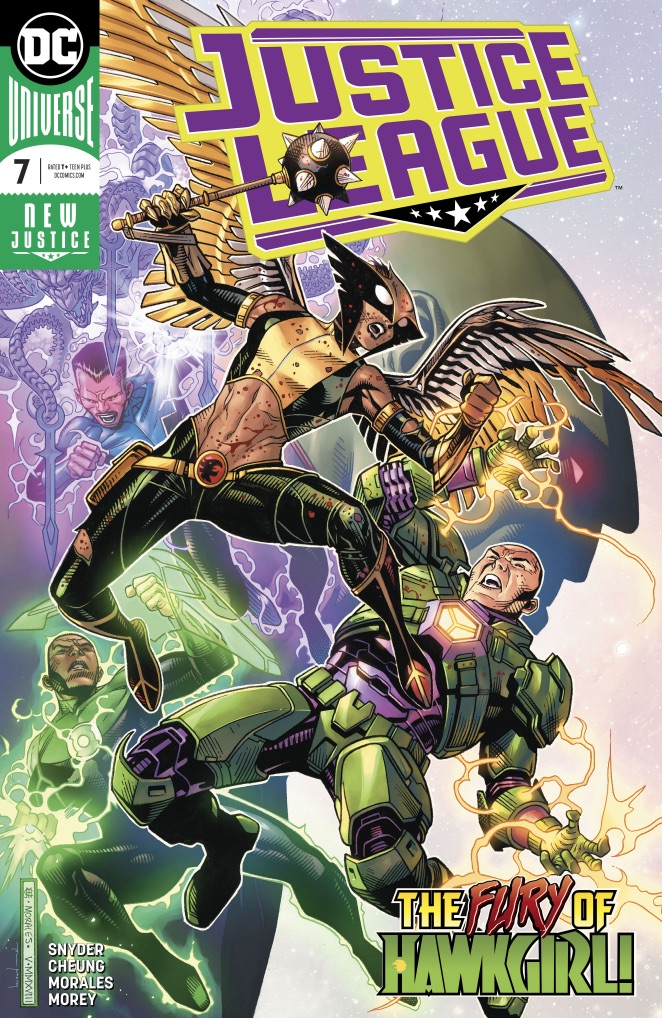 Scheduled to arrive in stores: September 5, 2018

Reviewed by: James Lantz
Click to enlarge
With Hawkgirl battling Lex Luthor, John Stewart and Martian Manhunter show humanity its best and its worst as the planet Earth is about to become a White Lantern planet despite Umbrax's presence. Aquaman and Wonder Woman must distract their foes while The Flash attempts to close the door from which the Still Force and Totality entered. He succeeds, but Luthor has gone with the Totality seeking its power while the rest of the Legion of Doom retreats. The Justice league sees Earth and their universe return to normal. Yet, the multiverse is dying. The Justice League will do all it can to save it, even if it means using energy from the Totality.

John Stewart and Martian Manhunter have not forgiven themselves for the deaths of the Xanshi. Hawkgirl ponders her role in recent events. While they rest of the league share their hopes and fears for what may come next when a Starman from the past alerts them that three of their own must die to receive the answers they seek to the quest they have. Meanwhile, Lex Luthor, not willing to accept defeat, needs help, and he may get it from an extremely mad BatJoker.

Story - 5: I'm left with more questions than answers. However, I will eagerly await the next issue and all the ones after that in hopes that I get the responses and a satisfying conclusion to what has been a darn good serial so far. Sure, there were some bumps in the road along the way, but once this title took off, it did so like the Enterprise at maximum warp. This, as well as previous issues from #3 on have especially been well crafted stories full of action, great character moments and a blend of the superhero, science fiction and horror genres. Scott Snyder has finally made me a fan of his with his run on Justice League. Maybe I'll give his Superman Unchained and Batman a chance now.

Art - 5: While it looks rushed in spots, the creepy as -BLEEP- factor of this issue's last page skyrocketed the art's rating. Jim Cheung should really be working on more horror comics even his superhero stuff is good too.

Cover Art - 4: This cover looks as if too many characters were put in into this cover in spite of being a beautiful image. I realize it's Justice League, but Hawkgirl and Lex Luthor just needed a little more space than they were given in the foreground.

Variant Cover Art - 5: Jim Lee's Superman is still one of my all-time favorites, which probably colors my opinion of this variant. Lee did an amazing job on this piece.