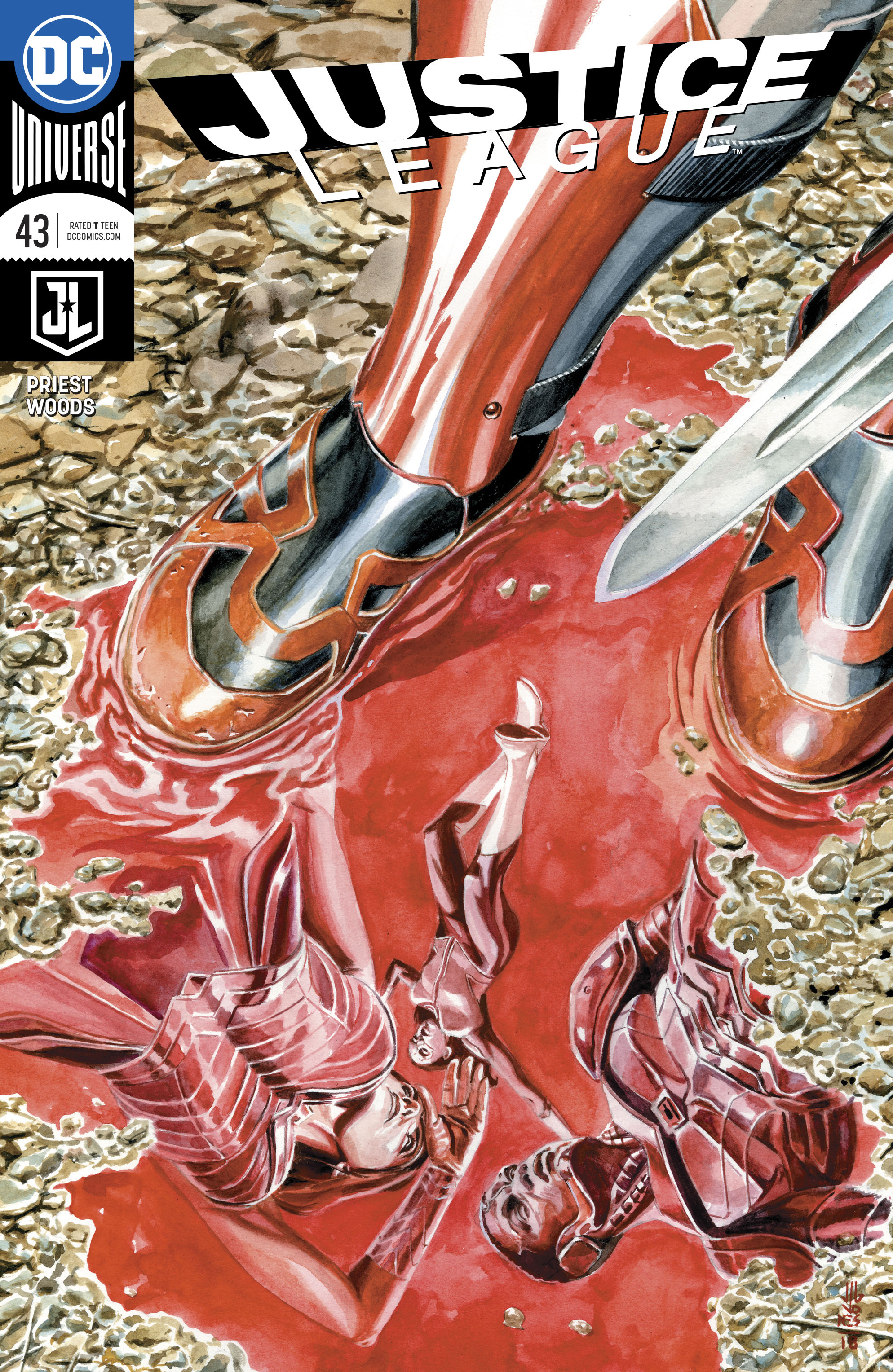 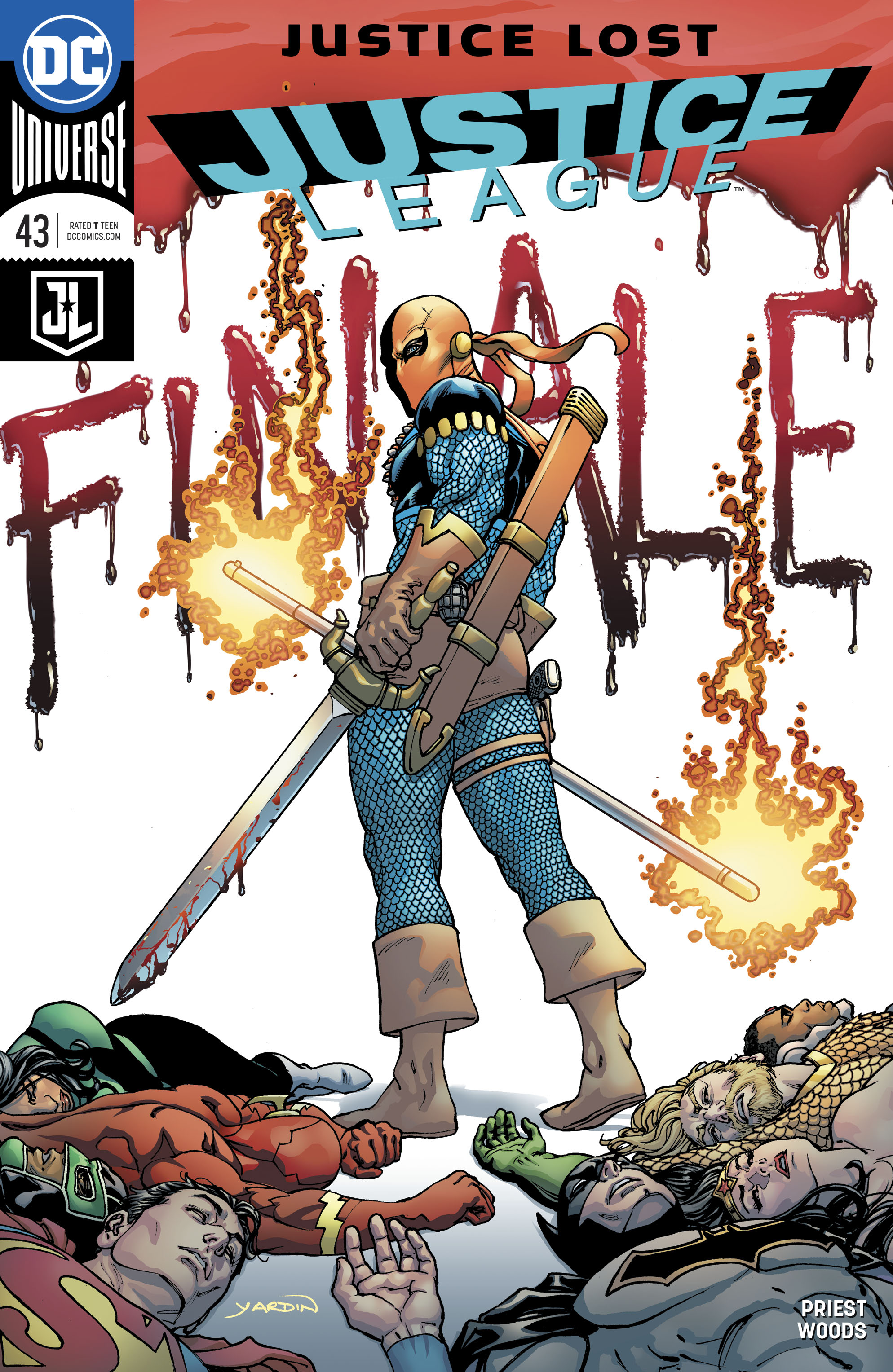 The League confronts Deathstroke over his actions in the last issue, while Raven helps Wonder Woman with her pain. After a brief inner struggle, Wonder Woman awakens and ignores everyone's advice and heads back to join her fellow Justice League members. Deathstroke takes out the League and then turns to the rioting locals and they all scatter. Wonder Woman arrives and, seeing all of her teammates taken out, attacks Deathstroke. Just then the League jumps up and tells her to stop as it was all just a ruse to disperse the locals.

Days later Baz finally meets Clark for lunch and is so paranoid that bad news is coming he flips out and leaves before ordering, Clark casually orders the salmon. Meanwhile Jessica heads to Wayne manor to apologize to Bruce for the kiss, but Selina Kyle answeres the door and says she knows and invites her inside to watch tv.

Cyborg meets with Batman and tells him this job is impossible. He tells Cyborg, "That is why I chose you, to push you to your full potential." A few members are at the new Justice League building when Martian Manhunter, along with the rest of the new line up, appear and says, "A new crisis has arrived. Will you help us?"

To Be Continued in "Justice League: No Justice"...

Story - 2: First off let me say this rating is probably not fair. I am not sure if Priest thought his run on this title would be longer than it actually was. This issue sure feels that way. A rushed ending with plot lines that are still out there. From the public's perception of the League, the various pending lawsuits, the trial of Batman for murder, the female lawyer who was working with The Fan, and possibly more that I am just not remembering. The actual story was not bad, but the fact this issue seemed very rushed kept me from giving it a higher rating.

Art - 3: By now you all know I am not the biggest fan of Pete Woods, however this issue is not as bad as the previous issues. In fact there are some pages that look quite nice. But overall the book is still to inconsistent to warrant a higher rating.

Cover Art - 4: This is a nice cover. While misleading, this actually happens in the book which makes for an intriguing cover. The "Finale" written in blood is a nice touch.

Variant Cover Art - 4: Simplistic in design but still gets the point across. JG Jones gives us another fantastic cover.