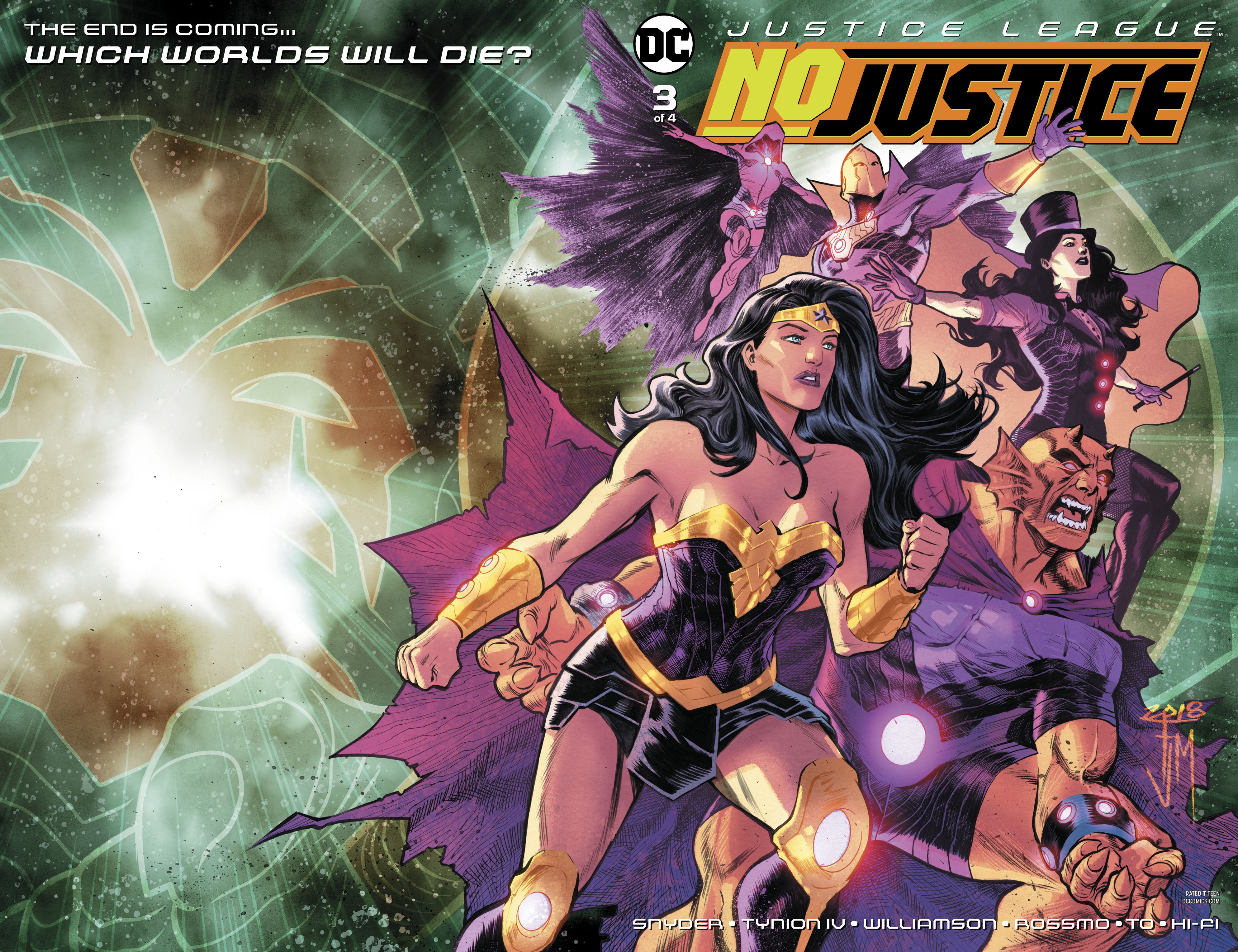 Our four groups of heroes and their unlikely teammates are still trying to figure out what needs to be done to save Colu, because if Colu falls, Earth is next. Vril Dox tells Batman's team that his father's plan was to use them all, and still finally take over the planet. Back on Earth, Amanda Waller and Oliver Queen continue to argue over the next best logical step. Waller wants to drop a nuclear bomb on the seed they discovered in the arctic. Back on Colu, Wonder Woman's team successfully brings their Tree of Wonder back from the dead. However, it is not enough as the Omega Titans destroy Colu. Back on Earth, the seed sprouts as do three others. The Omega Titans are Earth bound, welcome to the end of the world.

Story - 4: This story has been solid from issue #1. In last week's issue I wondered how they were going to wrap this storyline up with two issues left, but this issue moved the plot along quickly. Now off Colu and headed to Earth. The one question I have is where exactly does DC Nation #0 fit into this story, it happened on Colu, but I just can't place it on the timeline. Colu has been destroyed with a good portion of Earth's heroes and villains on it. In a recent podcast interview, Scott Snyder said in the upcoming Justice League title, some heroes will die, could he possibly shock us next issue and pull the trigger in this miniseries first? Either way next week's issue is setting up to be epic.

Art - 2: I have to be honest, the art this week did absolutely nothing for me. Manapul was definitely missed here. While I am sure someone likes this art style, for me, it took me out of the story so much I had to read it a couple of times to fully grasp all that was happening. Even Hi Fi's color couldn't save this book.

Cover Art - 4: Same as last week, same softer colors, however this week it features what could possibly be some of the team for the new up and coming "Justice League Dark" book coming out shortly after this miniseries ends. If only the art looked this good inside.