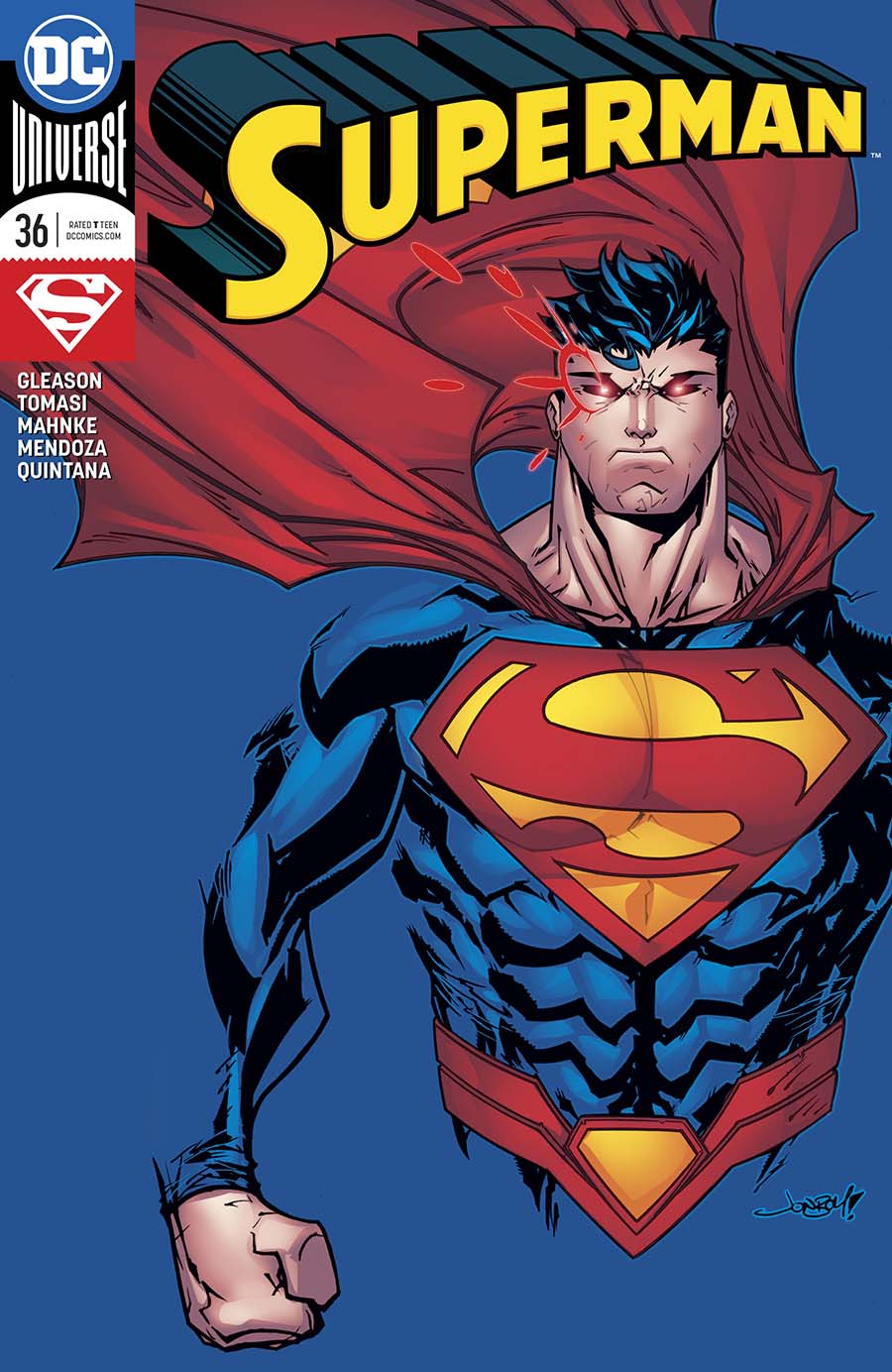 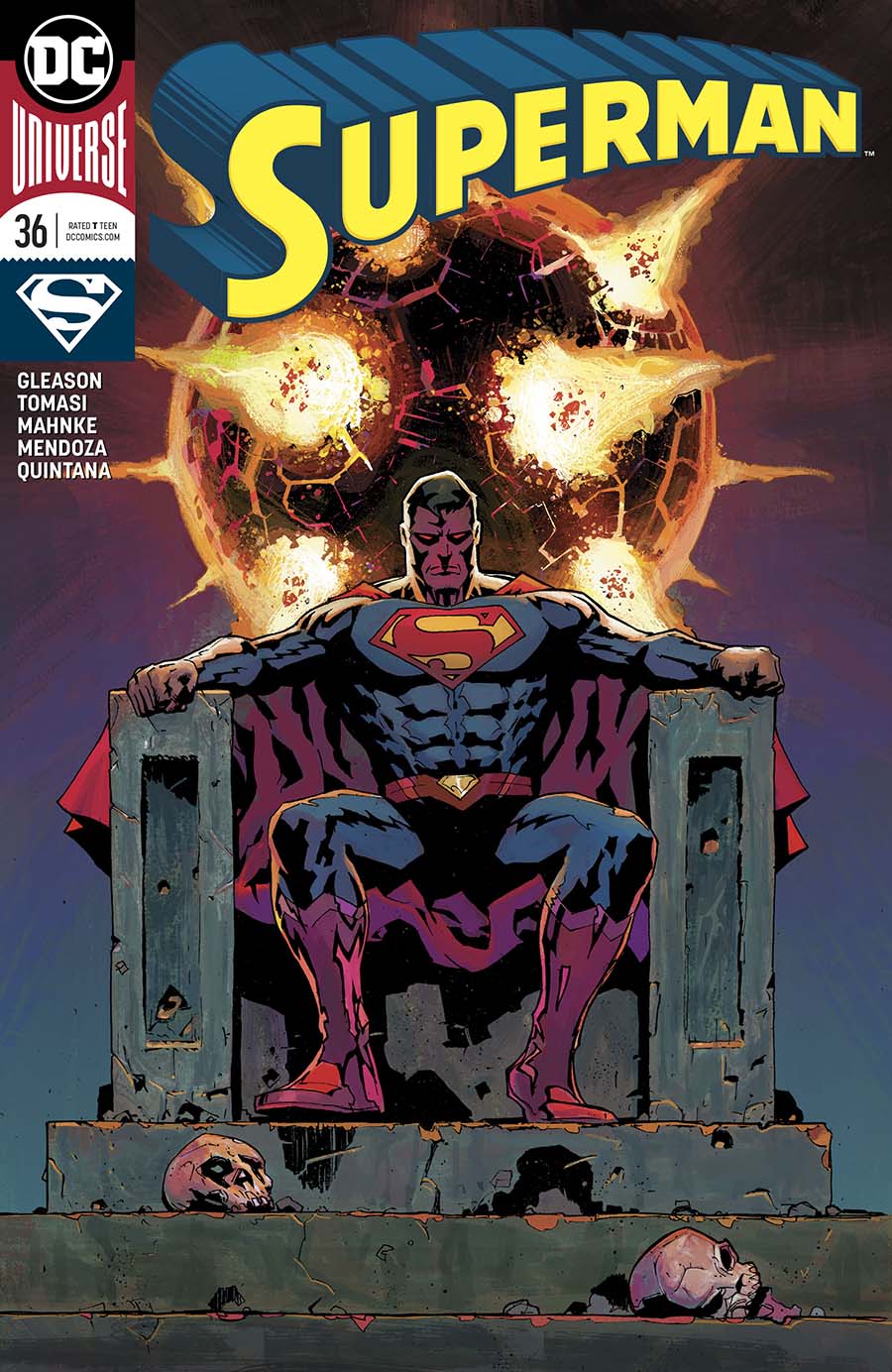 A war breaks out amongst the people of Apokolips as Kalibak wants the life of Lex, the false prophet. Lois leaves the side of the Furies to aid Superman while Jon uses the dogs to try and drive all the warring parties apart. As pandemonium ensues Superman protects an unconscious Lex and convinces everyone to take a breather while he addresses the 'prophecy,' saving the lives of the people. He makes Ardora, a former soldier, a leader of the people in his absence and promises to aid the new hopeful Apokolips whenever they need him. The Kent family return to Earth with Lex while the last of Darkseid's forces are imprisoned.

For the first time ever, the people are free from a dictator's rule, to enjoy freedom and the prospect of peace.

Superman has always suspected Lex was not what he appeared to be. The experiences on Apokolips and witnessing the manipulations perpetrated by Lex to serve his own agenda have given Clark a new perspective. He accuses Lex of being a hypocrite and in retaliation the billionaire makes a vow that changes things forever. Has Superman turned Lex from an ally to a nemesis? Is history about to repeat itself?

Story - 5: Superman is the ruler of Apokolips? Wow, I didn't think that would ever really have been the outcome of this story!

I hope the vow he makes to the Apokoliptians isn't a promise he cannot keep, much like those he made to the Kandorians or even the Phantom Zoners before them. The 'surveillance equipment being erased' was a bit convenient but I can overlook that because developments with Lex in this story blew me away more than Clark taking Darkseid's role. A nice touch is that Superman left a lasting legacy behind with the people who had previously known only a life under a tyrannical thumb. Recently the writers have been revealing Clark and Jon's identity to anyone in earshot. They really need to stop revealing to villains that Lois and Jon are Superman's family. They wrote it out this time but sometimes they are a little slapdash with the secrets.

This was a brilliant conclusion, promising serious ramifications for Superman in the years to come. A fantastic issue, not 100% perfect, but damn close!

Art - 5: Every page is popping with some amazing art. Considering how much is going on Mahnke and Mendoza do a great job and no panel feels neglected in the slightest. A larger page count would have been nicer to allow the art to breath more (as well as giving us more splashes). You know those weird videos on YouTube where you watch someone's reaction to a clip? My jaw was on the floor when I saw the ending.

Cover Art - 5: A spoiler of a cover to be honest but this was one of two revelations that could only have been the issue's showcase. Clark looks oddly like Ozymandias. (No, this issue is nothing to do with "Watchmen" or "Doomsday Clock"). It is at odds with Clark's influence on the planet but it's definitely a very cool and emotive piece. The only thing darker would be if Lois and Jon had been by his side.

Variant Cover Art - 3: A rare misstep for Meyers in my opinion. This cover must have had a kind of theme but it comes across as an unfinished sketch cover. It isn't helped by the color palette but in all fairness how could Quintana have done it any differently?