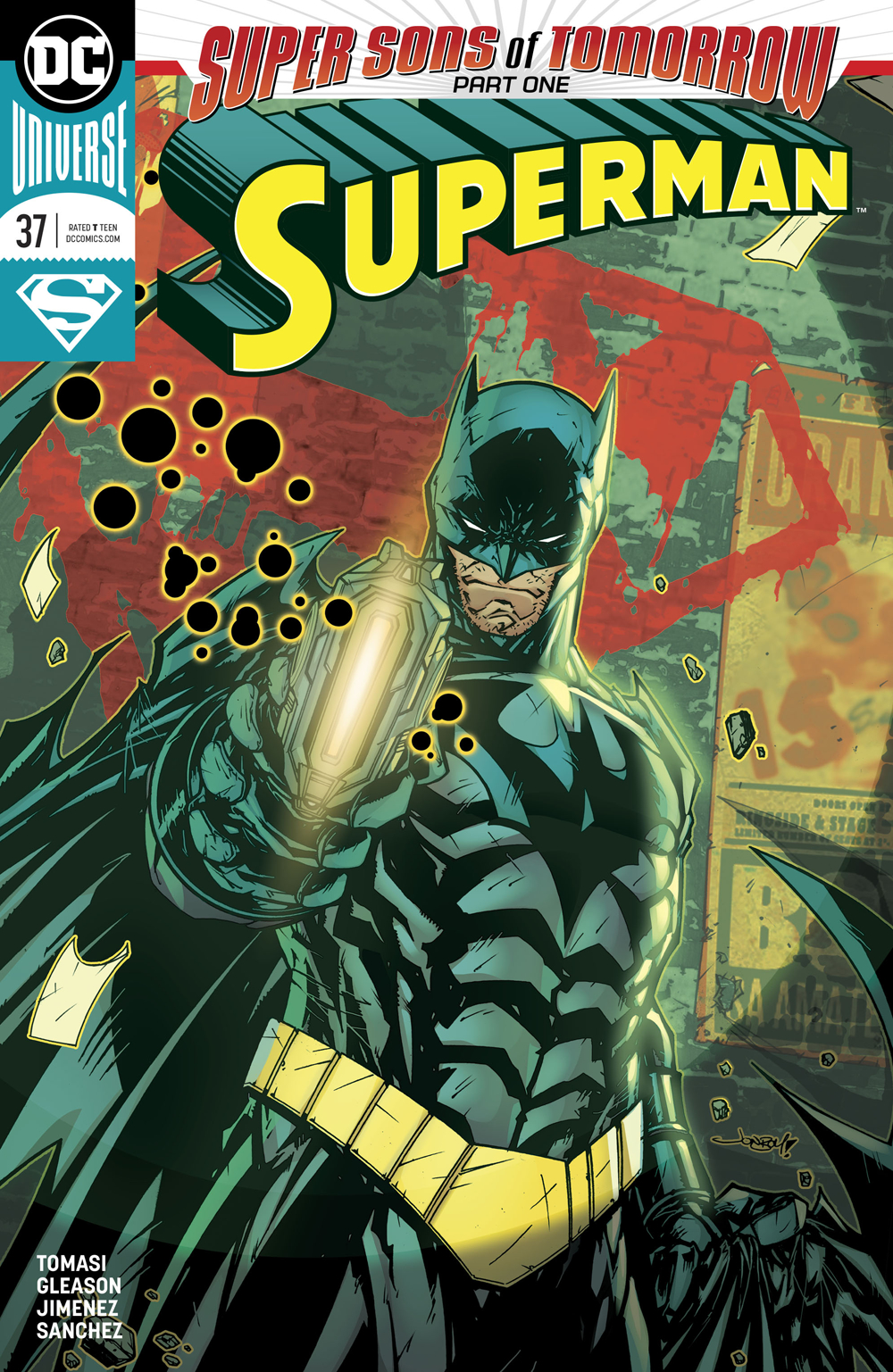 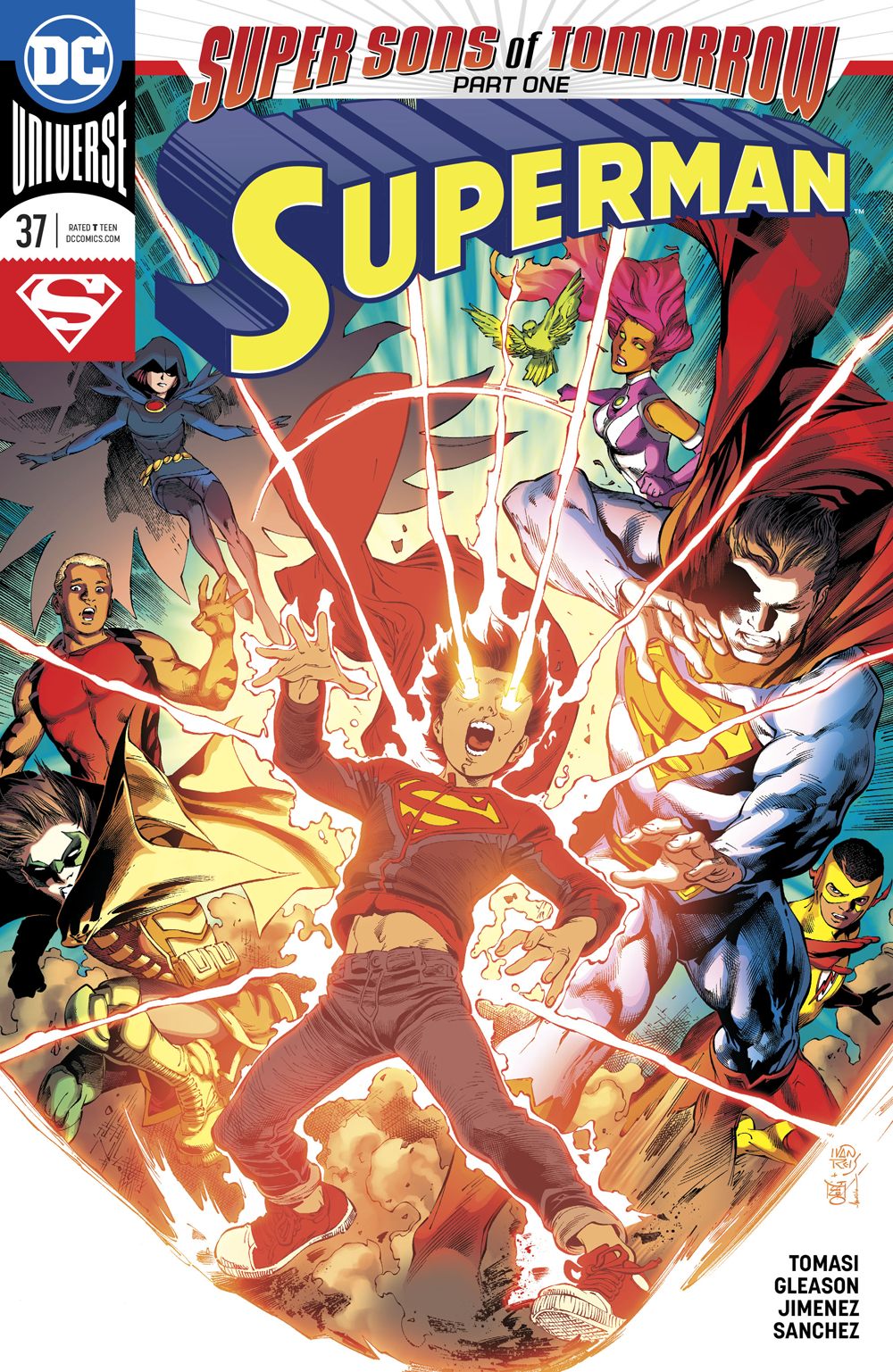 Tim Drake is back. He has returned from Hypertime but considering his recent battles with Batwoman, Bruce is suspicious and a brutal, visceral fight crashes through the Manor. Tim resorts to extreme measures to best his former mentor but defeating Bruce is not the reason he has returned.

Superman is repairing the recent damage to the Fortress as 'Batman' attacks but Superman is not fooled by the intruder. However this Tim Drake has many other tricks up his sleeve and reveals the Superman of his world taught him Kryptonian and how to activate the Fortress Battlesuit. A fight ensues but remarkably the victor is not who you'd think.

What could Tim Drake's mission to save the future be? What does it mean for Jon Kent? Could it be related to the Oz Effect?

Story - 5: There is little story this issue but that is fine because this issue wasn't meant to be laden with unnecessary backstory. In fact if it didn't just jump right into the action I don't think it would be as powerful. As it stands this was reminiscent of the early Superman/Batman issues.

Conner was name dropped here... could Hypertime reveal more to the mystery?

It also allows for Part 2 to expand upon the action.

Art - 5: This issue was all about the visuals. Every panel on every page looked amazing and that was purely down to the fact Jimenez was able to really go to town with the issue. The scenes in Wayne Manor were breathtaking. I'm always surprised by how much of a beating Bruce can take.

Cover Art - 3: This cover really missed the mark for me, mainly because we've been inundated by Jon's struggles on the Super book covers for a while now. I'm just a bit bored of seeing it. The art is great, it's the depiction I'm irked by.