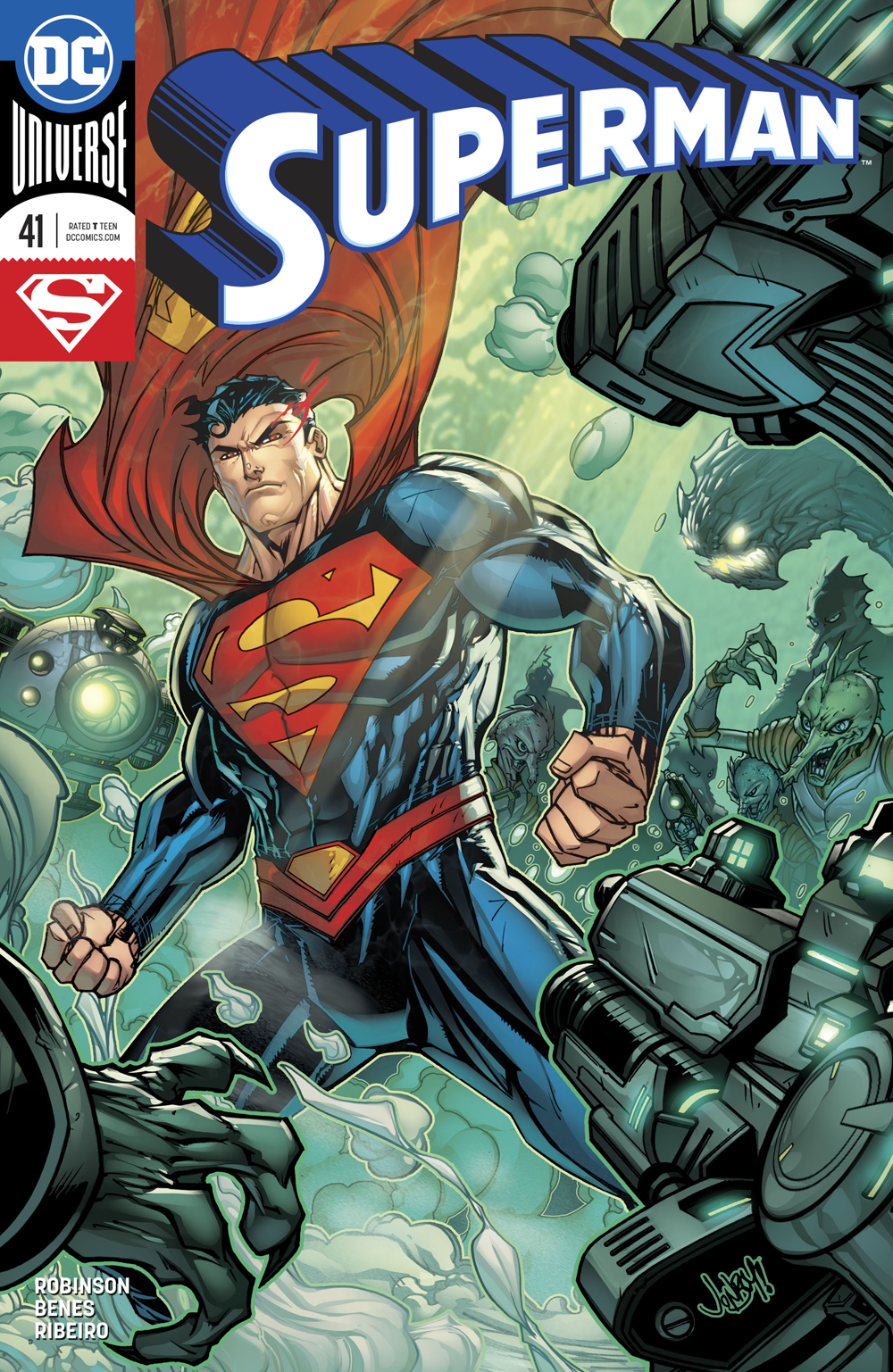 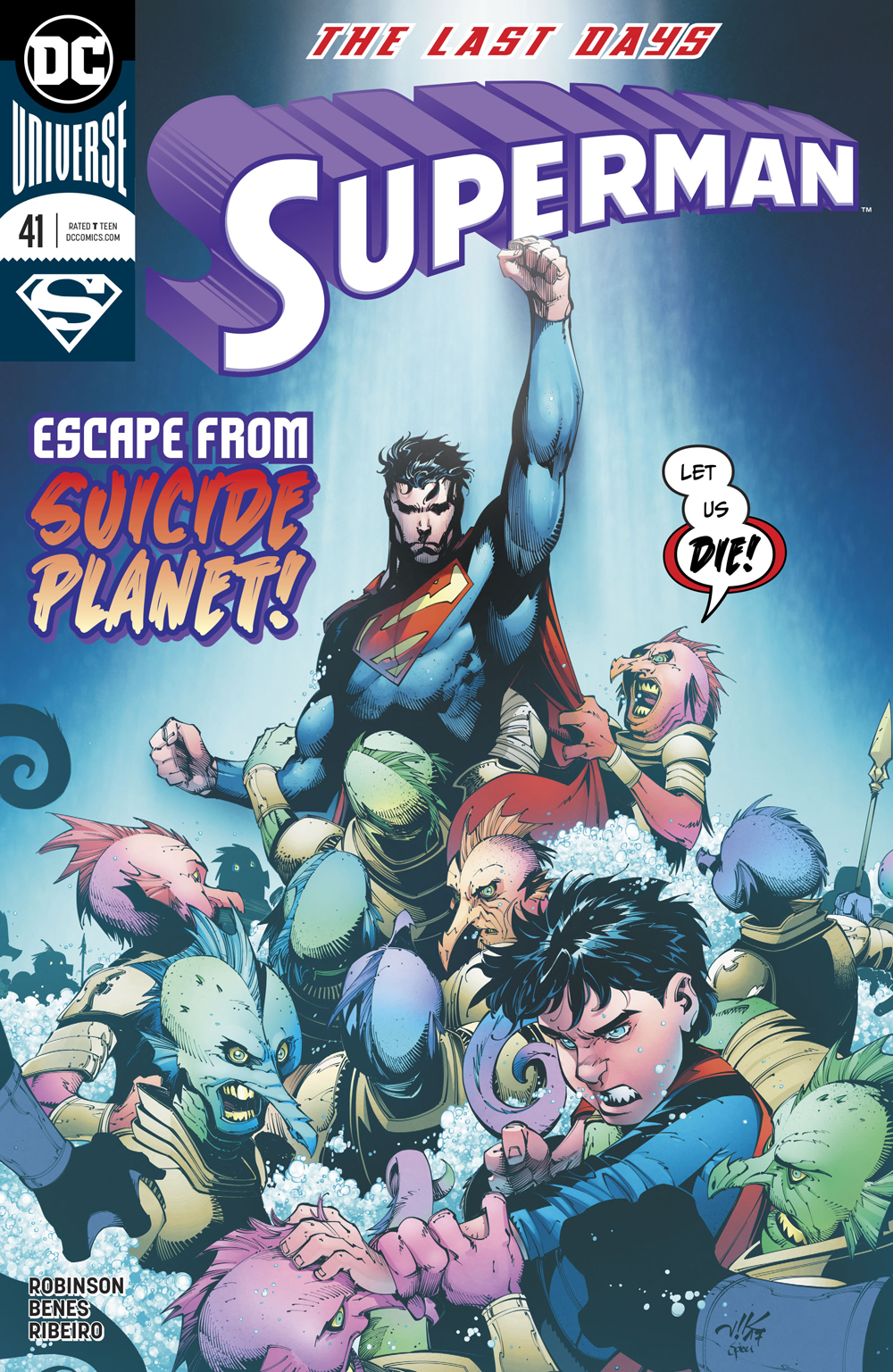 Clark and Jon are on the run with the scientific community of Galymayne. The religious community of the planet have accepted their fate; they are going to die. Superman is determined that on the anniversary of Krypton's death another civilisation will not share its fate, but only the scientists share his hope to save them. Klain tells them that Galymayne is facing certain death, nothing and no one can save it, but the species can survive, even if religious euthanasia is what they want.

Klain reveals to Clark that he has a genetic and knowledge codex encased in an orb and if they can escort him to a nearby solar system he can unlock it and their species will live anew. Prophecy however is against them and the religious faction is determined they die today, and led by Lord Dhermet they succeed in killing Klain.

As Galymayne begins to die their energy dampening tech begins failing, meaning Clark and Jon are super powered once more but now that Superman has heard the argument for science he must hear out Dhermet.

Ultimately Clark and Jon are given a second chance with the Codex surviving and both father and son are faced with a dilemma that leaves them changed forever. Their ideals remain unchanged but their faith is shaken, hope, it seems might not always be the right choice.

Story - 5: Superman and religion are a sore subject for many a reader. It's often been a touchstone for the character to liken him to Christ for example and in this story James Robinson has been determined not to shy away from the subject and instead explore the core of the character, the innocence of his son and his belief system. It's interesting to note Clark doesn't specifically align himself to any faith definitively even after his experiences, nor does he impose them on Jonathan. The first issue of this arc explored loss and this looked at dealing with that loss and the power of hope.

I can't deny I wasn't shaken by it and I welcome your thoughts, but what I take away from it is well written and thought out. The story isn't neatly tied up in a little bow, it raises questions and stays with you hauntingly just as it does Clark. I commend Robinson for tackling such a big issue and on a level many mainstream comics shy away from.

Art - 5: The artwork and themes undeniably influence the over all feel of this story. The line art is quite intricate and elevated by a strong color palette. Thankfully we are not bashed over the head with religious imagery as we are in some of the movies.

I look at Jonathan this issue and the codex and feel a sense of hope that I think only the artwork could have conveyed. Benes has done a great job this issue.

Cover Art - 3: The cover this issue is sending such a conflicting message. Superman looks dark, angry and Jon is fighting with aggression. The message from the people gives an entirely different feel to the entire story and I feel doesn't do the writing justice.

Variant Cover Art - 4: This variant is pretty cool and does depict a scene towards the end of the issue but again pushes a feeling of Superman playing dictator to the people of Galymayne. The religious themes are clearly not at the heart of this variant but despite the wrong direction it leads you to, I can't fault the art, Superman means business and Meyers definitely has him ready for action.