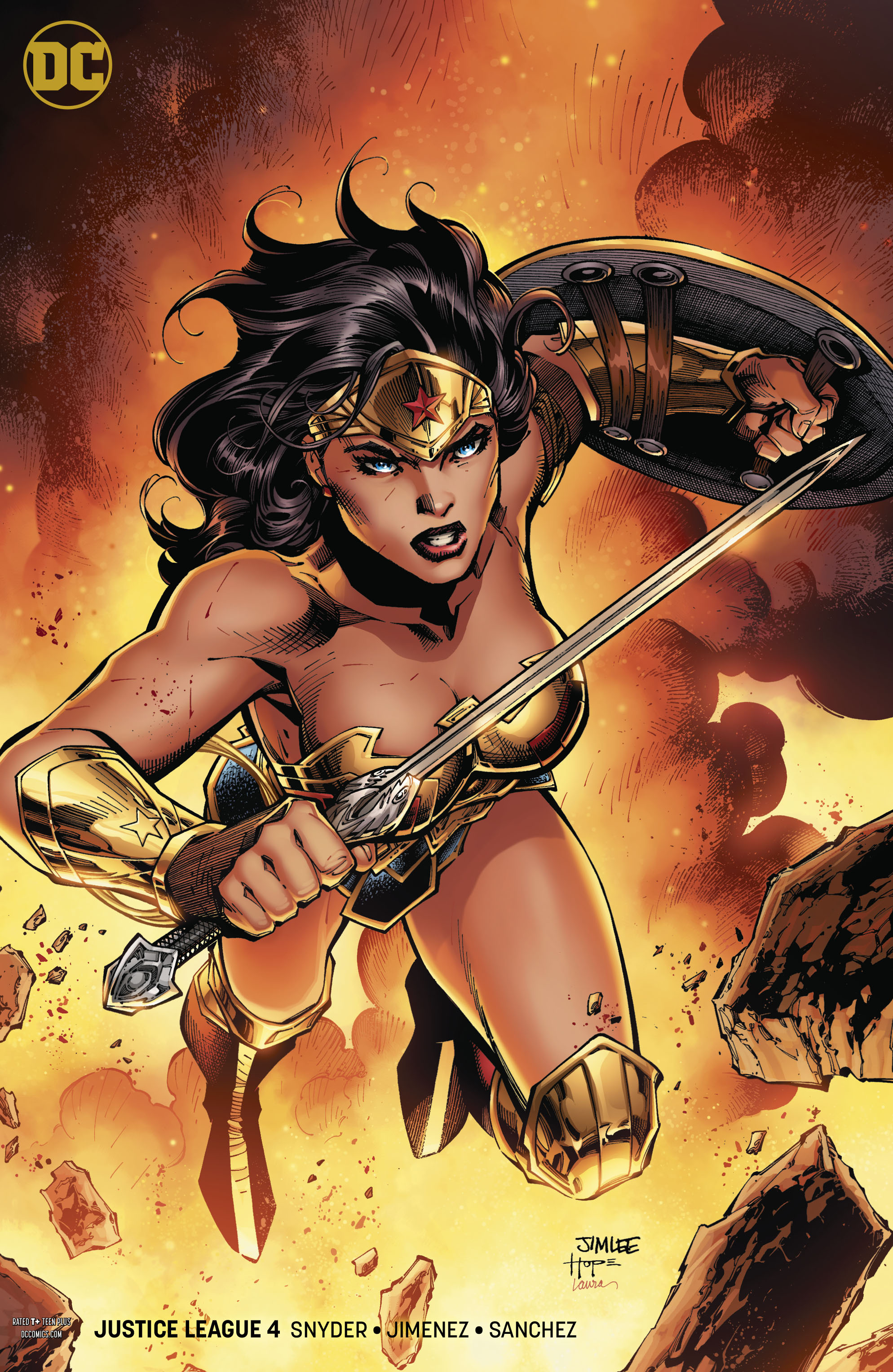 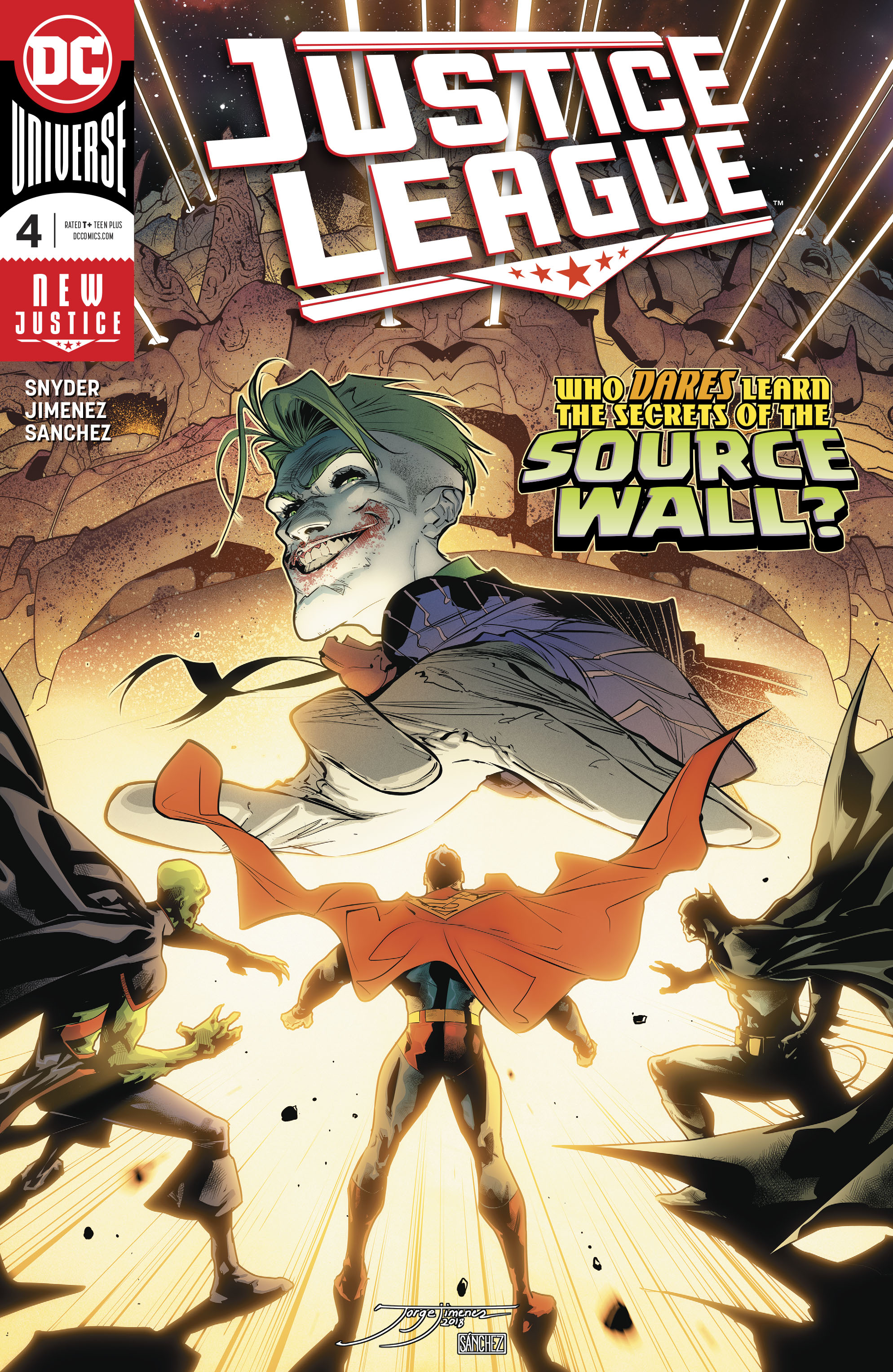 Reviewed by: James Lantz
Click to enlarge
This chapter begins with Gorilla Grodd's childhood in Gorilla City, how he knew he was different from his father, how he proved it, and so on. Meanwhile there are battles on two fronts in the Totality. One within the bodies of Superman and Martian Manhunter, and another between said alien superheroes and some extremely powerful giants. Batman and Hawkgirl are being bested while navigating the cells of their comrades, with the Joker wanted to decapitate the latter. While the Caped Crusader plans his next move, a darkness consumes as Lex Luthor is a step closer to victory. With Hawkgirl, Martian Manhunter, Batman and Superman possibly out of the picture, the Justice League will most likely have their work cut out for them if they are to stop the Totality.

Old foes reunite to settle old scores as Martian Manhunter is attacked by a Luthor-possessed Superman while revealing what really killed his people. Sinestro has fused John Stewart with the ultraviolet spectrum while Wonder Woman, The Flash and Aquaman face Cheetah, Black Manta and Gorilla Grodd in the Pacific Ocean's Veracity Point. Grodd has a baby with him who is revealed to be the Turtle, wielder of the Still Force. At the same time, things aren't looking good as Earth is taken over by Umbrax, its populace becomes part of the Ultraviolet Corps. To top things off both Martian Manhunter and Superman now have an evil within them.

Story - 5: Some wonderful character moments combined with a story featuring an even pace and action moments really show that this series is taking off well. As much as I tend to find flaws in Scott Snyder's earlier DC work, I can't find anything wrong with this one. If future issues are this good, Snyder's run will be one I highly recommend to anyone looking to read Justice League comics. This was a darn great comic, and I'm looking forward to the next one.

Art - 5: After some pretty shaky and sometimes sloppy art in his previous issues, Jorge Jimenez seems to be finally finding his rhythm with this title. The images, while not on the level of someone like, say David Finch, are well done and fit perfectly with the story.

Cover Art - 5: Does this cover mean we'll be getting a Joker with the powers of a god soon? I don't know, but it got me curious. Plus, it is a very good image. 'Nuff said.

Variant Cover Art - 5: Another beautiful rendition of Wonder Woman by Jim Lee. What's not to like about this one?