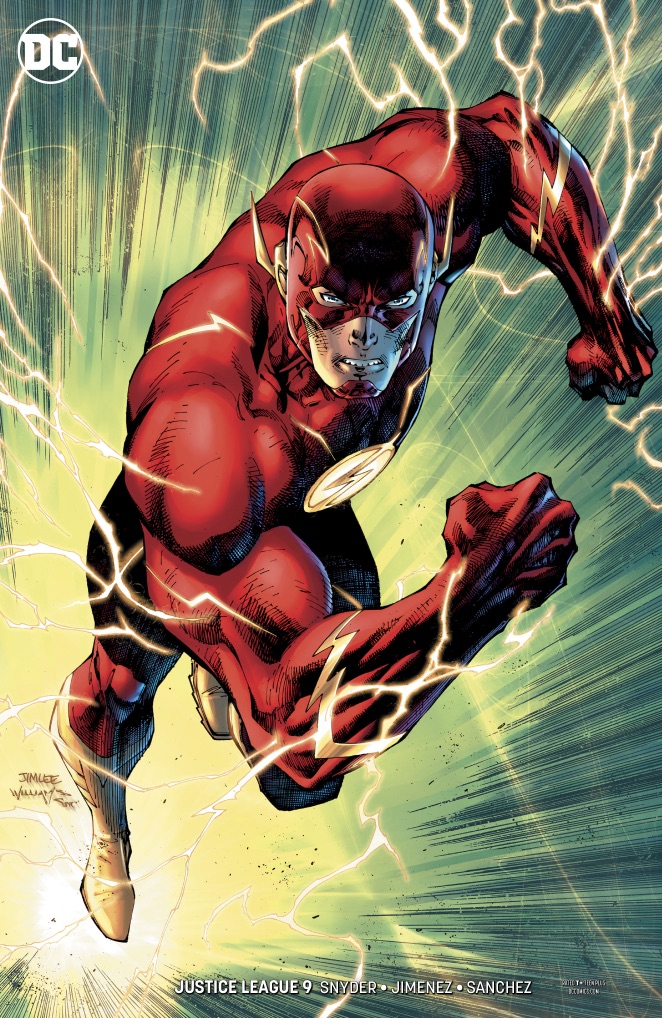 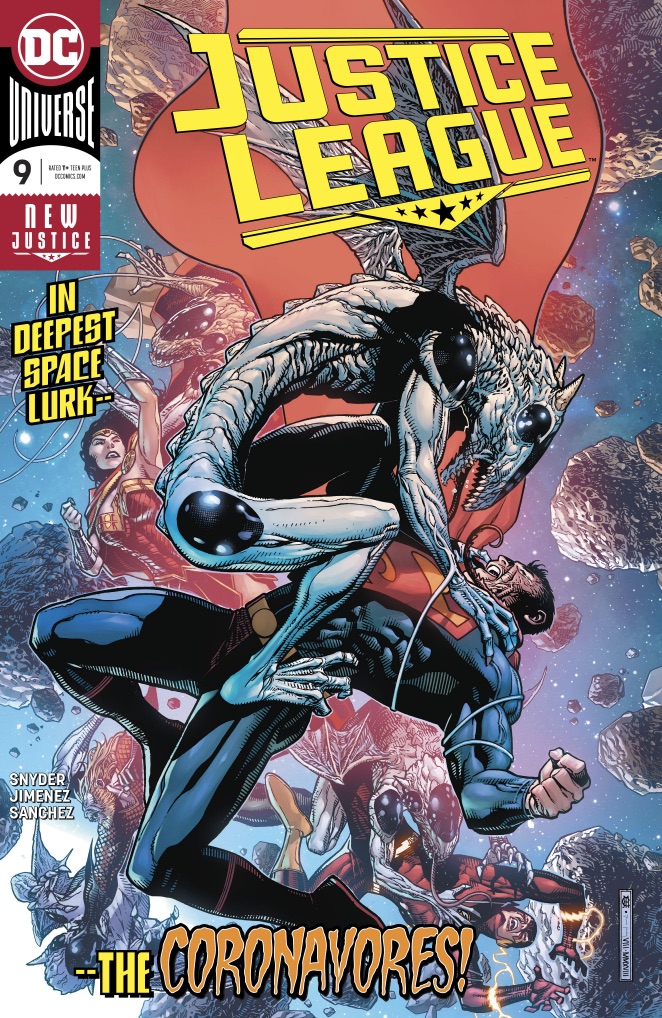 Reviewed by: James Lantz
Click to enlarge
Superman is rebuilding the moon. Batman is in surgery while assisting him via virtual reality. The rest of the Justice League enjoys a bit of down time after recent events. Green Lantern and The Flash have lunch. Aquaman and Wonder Woman discuss living space in the Hall of Justice and life in general. Martian Manhunter trains with Hawkgirl while pondering the unknown that awaits them. Suddenly, a Coronavore attacks Superman, and more, including a Mega, on the way. The Man of Steel will have his hands full if the Justice League can't assist him.

The Source Wall is broken. The Justice League's greatest foes will stop at nothing to use that to gain access to the Totality's secrets. Knowing tactics and humanity must change and prepare for the worst, Batman called the Coronavores. The same signal he used could send them back to where they came from, and Superman knows this. He also knows everyone is scared about what's to come. Yet he also has faith in the Dark Knight. His gut tells him Batman will do what's right. He does, and the Coronavores go away. Another crisis has been averted with yet another on the horizon.

Story - 5: This is a character piece with only a few pages of action at the most. It's a good respite from the cataclysmic events of the previous arc. Scott Snyder is channeling his inner Serling or Roddenberry for this one as it feels like one of the best episodes of The Twilight Zone or Star Trek. Snyder is also perhaps taking a page from Bronze Age comic writers who would do something similar before and/or after a major serial. Bar none, this is the best issue of this series, and it will be difficult to top it in my opinion. However, I'm willing to see Snyder and company try. Is that a challenge I'm giving to Scott Snyder? Maybe. Let's see what happens.

Art - 5: The art feels inspired by the Alien or Predator franchise mixed in with what Doug Mahnke did for the Man of Steel monthly years ago. Jimenez should be doing more science fiction/horror blends in comics. They really work well with the stories in this series.

Cover Art - 4: I knocked a point off the cover for being a bit too much of a spoiler. That art itself is beautifully drawn, but it wouldn't have been my choice for a cover image.

Variant Cover Art - 5: I'm going to admit I'm not big on variant covers. However, I love Jim Lee's art. His variants really work well with the book as a whole.