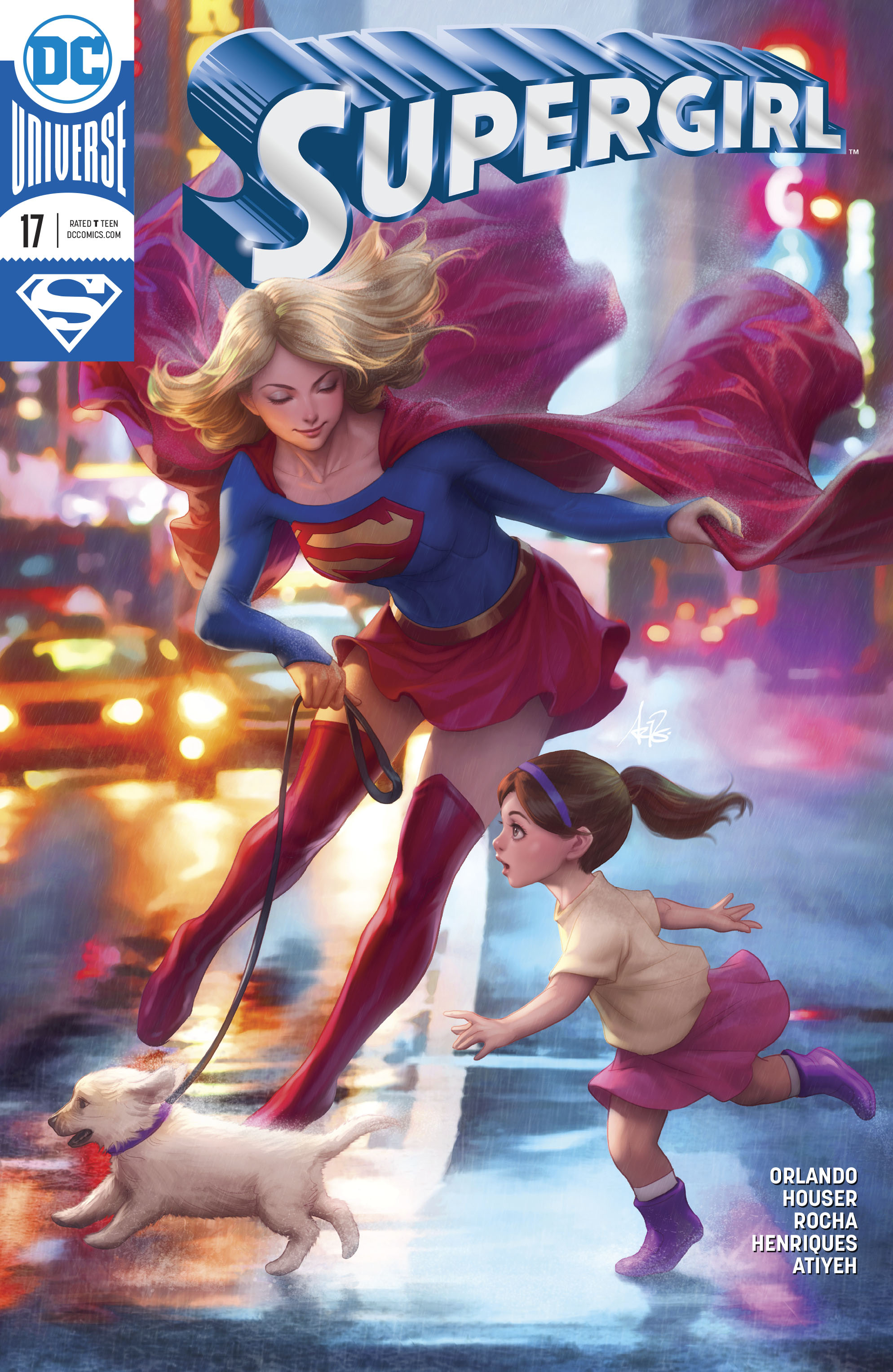 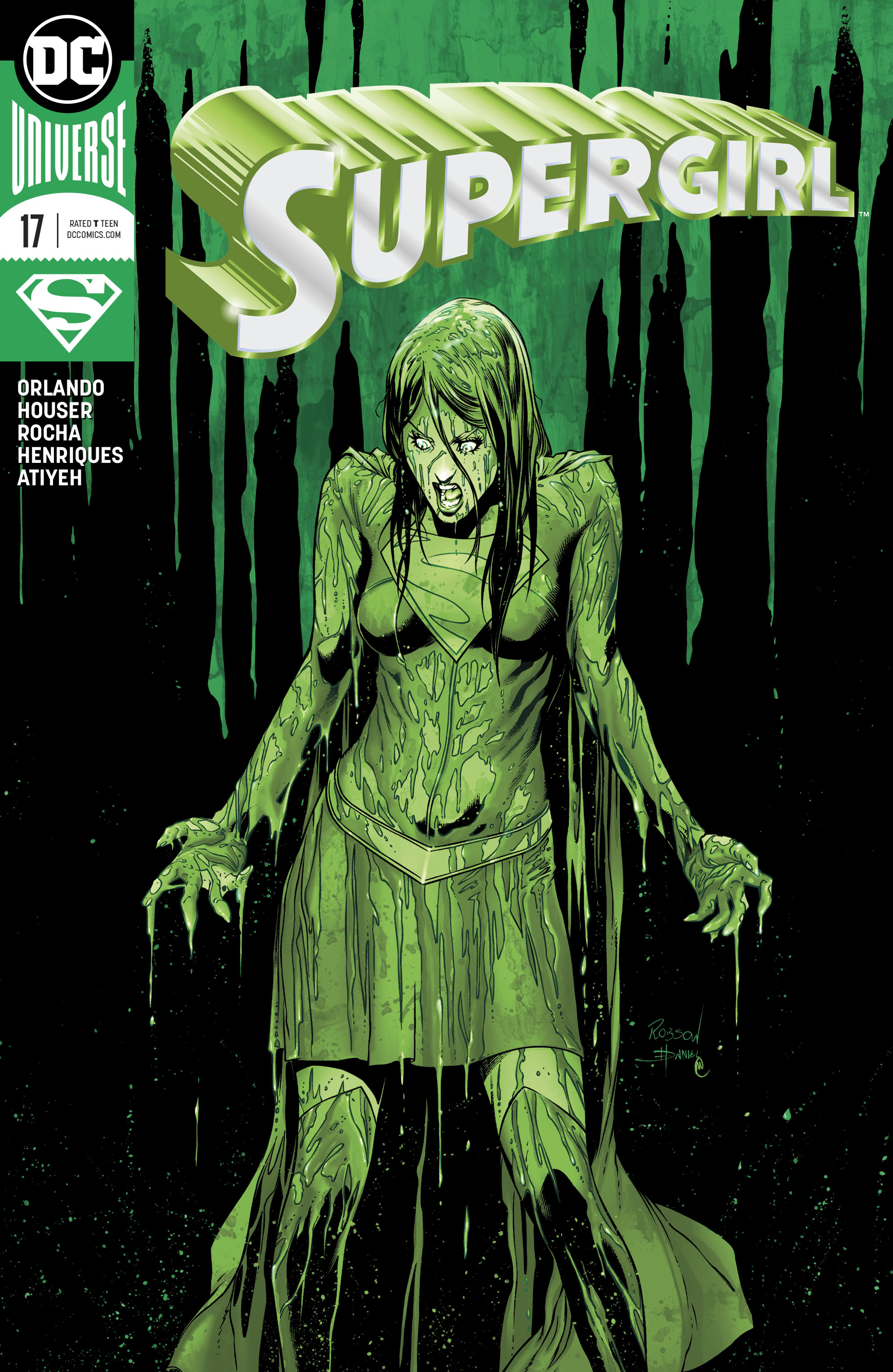 Reviewed by: James Lantz
Click to enlarge
Supergirl versus Starshame, an extraterrestrial female whose world Krasivon's elite ruling class banished for murdering the driver who killed her parents and for being what they considered an abomination because she looked different. Starshame wants to exterminate all high society people on Earth and their children. Kara Zor-El has been unsuccessful in convincing her that she risks becoming a monster like those that exiled her or worse. The Last Daughter of Krypton is going to really need to step up her game if she is to stop her foe before innocent people are hurt.

Doctor Shay Veritas is working secretly with ex-D.E.O. Director Cameron Chase to find out how new Director Bones is corrupting her work on superhuman individuals. It's going to be a race against time for them both, for if they don't succeed, Bones could very well capture and possibly subvert Supergirl for his own nefarious schemes.

Ben Rubel and Kara Danvers' lives are busy with an upcoming dance and working on articles for CatCo. As Kara decides if she should go to the Solstice Semiformal with Ben, D.E.O. Agent Ocampo assigned to monitor National City Technical High School is reporting to Director Bones. She feels some students could be in reality Supergirl in disguise. Bones is not pleased with only possibilities, he wants the Girl of Steel unmasked by any means necessary. Ocampo has a tough choice. Follow orders, or side with Supergirl, who saved her during the Cyborg Superman's attack. Whatever Ocampo decides could change her fate forever.

Kara is going to the school dance after much pondering and advice from Eliza Danvers. Ben Rubel is about to dance with Belinda, who accepted Ben's invitation. However, the night of music and fun is cut short with the arrival of the Anti-Kryptonian Evolutionist. The students of National City Technical High School are in grave danger, and Kara Danvers cannot change into Supergirl without revealing her secret identity to everyone. How can the Teen of Tomorrow stop this new threat without being outed publicly?

Story - 5: This issue is a little slower than previous ones, but that's only very slightly. It really isn't enough to give the book a lower rating. This is still one of the better 'Rebirth' titles outside of the core Superman books. One can see influences of Stan Lee, Roger Stern and many others in the storytelling, and that is just one of the many things that makes this title such an entertaining one.

Art - 4: The art is great, but the style change is a bit too jarring. It would have been better if Julio Ferreira or Robson Rocha drew the entire issue.

Cover Art - 4: It's too over-saturated with green. It would work better if only a little color rained down on Kara.

Variant Cover Art - 5: It's beautifully done and very iconic. I love it.