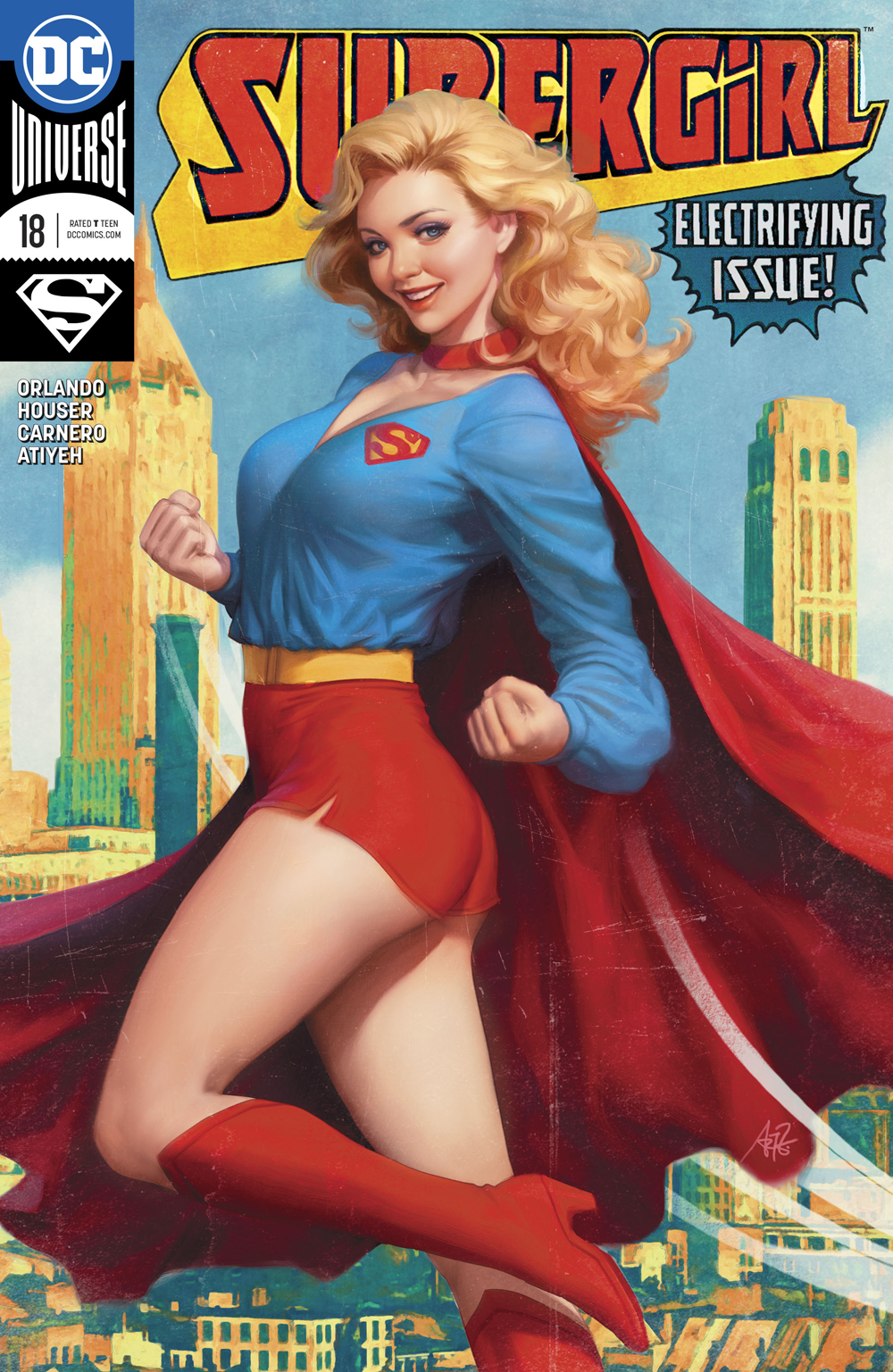 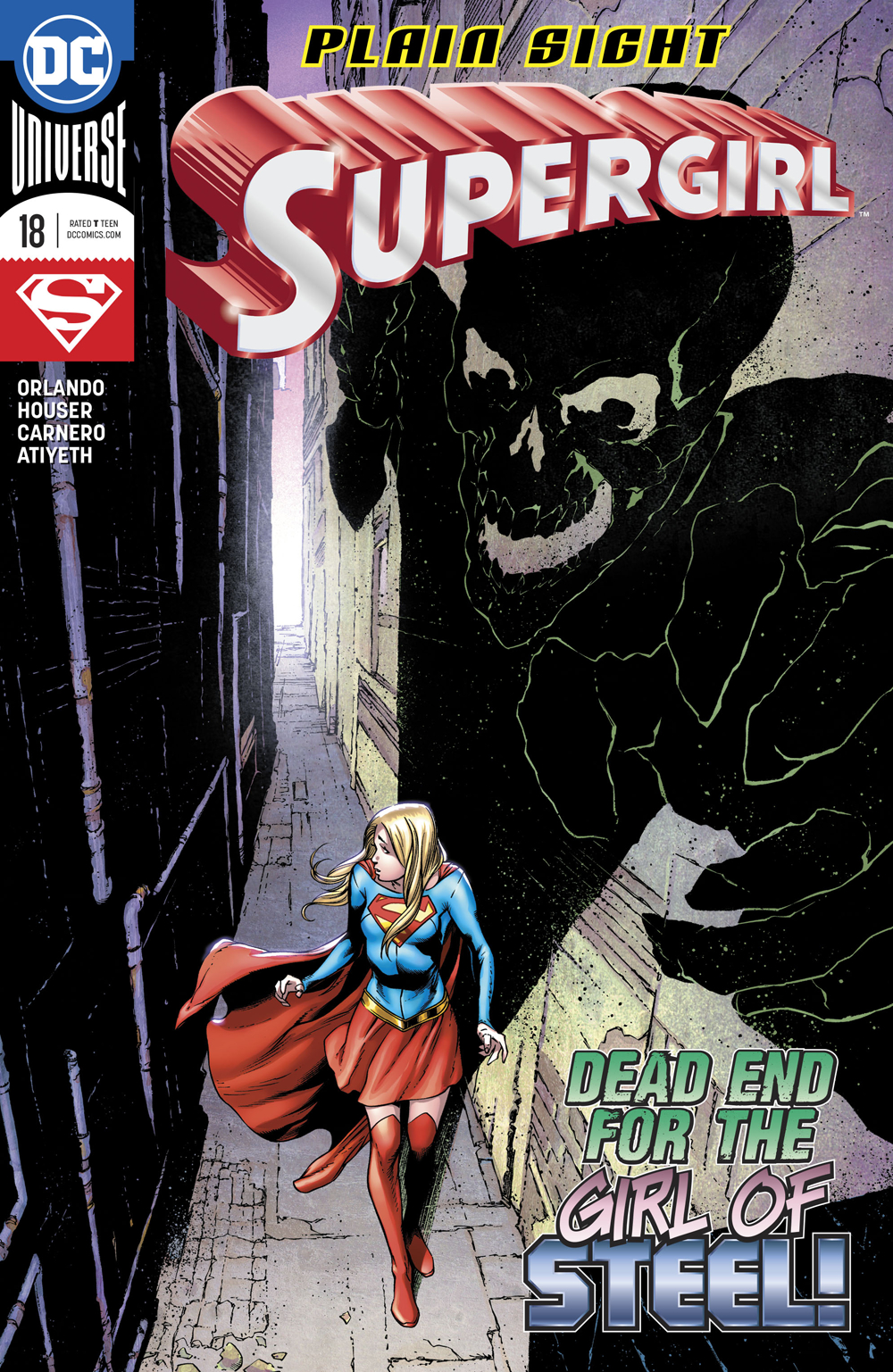 Reviewed by: James Lantz
Click to enlarge
School dances are usually a time of fun, joy and a bundle of nerves for any teenager, but Kara Danvers gets more than she bargains for when the gravity controlling Evolutionist attacks the National City Technical High School Solstice Semiformal. The fight doesn't bode well for Supergirl until the Evolutionist's sharing of her memories gives her the idea to do the same thing. The Last Daughter of Krypton's discussion with the Cyborg Superman from issue #6 makes her foe realize that maybe her line of thinking is wrong. It's something the Evolutionist will consider before she and Supergirl meet again.

Ben Rubel has offered to drive Kara Danvers home after the Evolutionists fight with Supergirl. They stop to admire the night view of Oceanside Memorial Park when Ben reveals that Kara, not Supergirl, inspires him to be his best. They dance and kiss on the beach, with Kara waking up the next morning to cries for help. Upon hearing that the D.E.O. Has things under control, she returns to Ben's arms and slows down to enjoy the moment.

Doctor Shay Veritas is working covertly with Ex-D.E.O. Director Cameron Chase. However, as Veritas edges closer to truth, Director Bones' benefactor, Mokkari of Apokolips, captures her. What does this mean for the D.E.O., Shay and Chase? Is Darkseid involved, or is Mokkari working on his own? Will Supergirl have to go to Apokolips in order to stop the mad Surgeon of Armagetto?

Story - 5: While there is the superhero versus supervillain conflict in this issue, it's full of brilliant character moments throughout its pages. The fact that Kara uses her memories to make the Evolutionist re-think her stance on aliens was well written. Plus, the photo booth scene was a great homage to Superman III. All in all, this was a fun book to read as usual.

Art - 5: The revolving door policy of artists seems to be a part of this title. What does this mean for this title's future? I don't know, but changing artists or writers every issue can be a bad omen if said creators aren't just filling in. The art is great though. Carmen Carnero deserves to be in the spotlight in spite of my misgivings for artistic changes in this story arc.

Cover Art - 4: The cover art itself deserves a perfect score, but the fact the image is misleading knocks a point off it. I was lead to believe there would be a confrontation with Director Bones. Yet, he doesn't even appear in this issue.