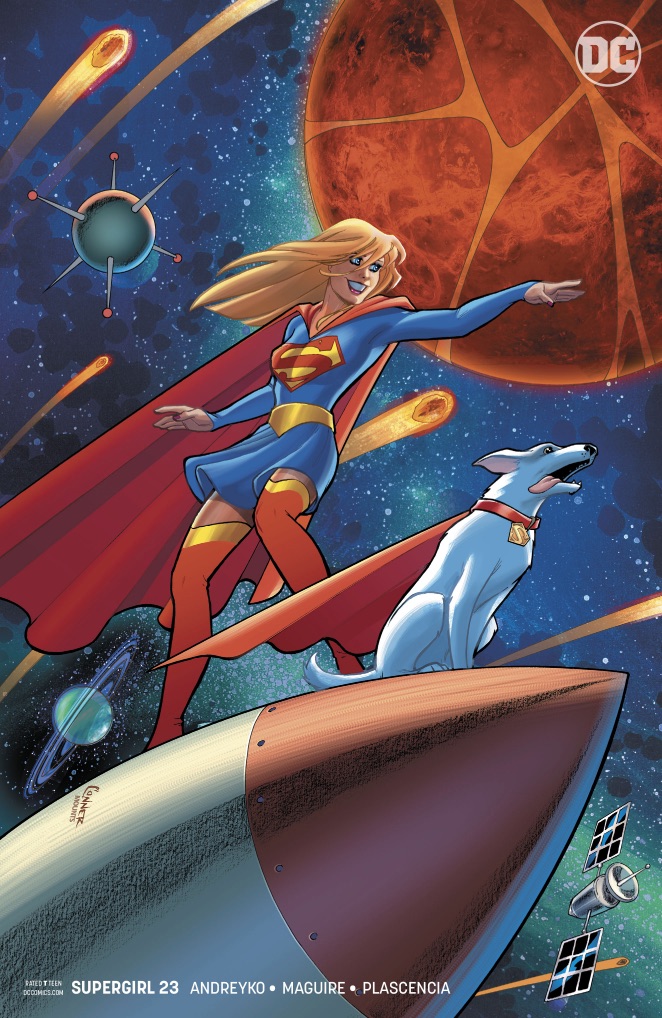 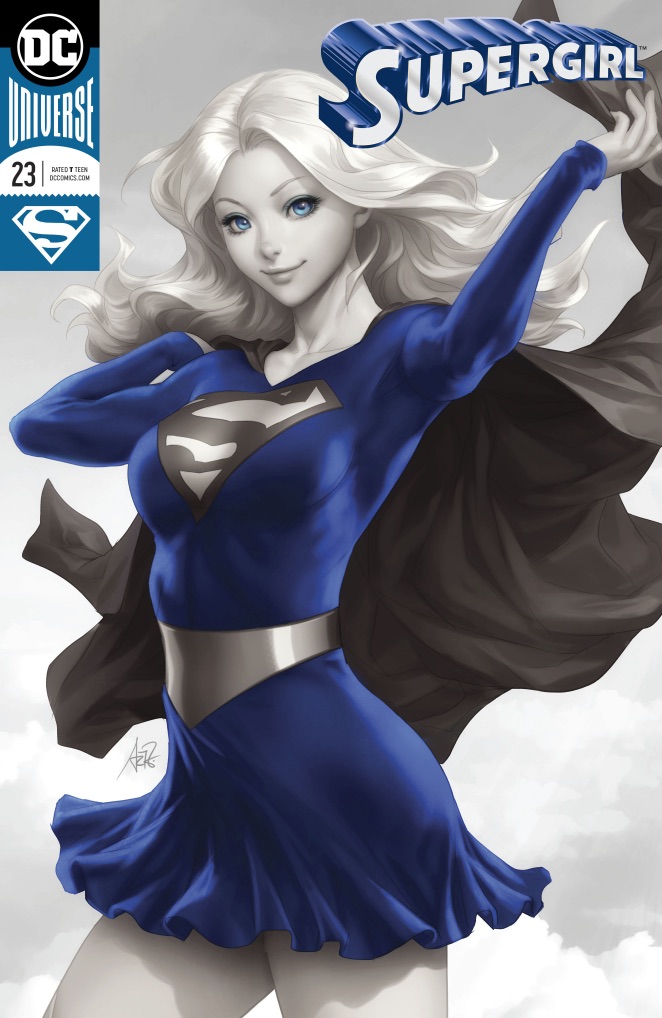 "The Killers of Krypton" - Part Three

Reviewed by: Glen J. Clark
Click to enlarge
Supergirl questions the holographic Guardian, who calls himself Appa Ali Apsa, if he had anything to do with the destruction of her home planet Krypton. He tells her the weapon she is carrying (it belongs to Rogol Zaar) has spilled much blood. He hands her a stone and says his confessions of the past can be found in these stones which are scattered throughout the universe. "Find the other stones and find your truth," he says before dissipating. When the Guardian disappears she finds herself back on Mogo and surrounded by many of the Lantern Corps. They are none to pleased with her breaking into the archives and then attacking them. They ask her to surrender but she makes a run for it, dropping the recently acquired stone. B'DG has the stone and Krypto chases after the squirrel-like Lantern. Jon and Kyle capture Kara, but she makes her escape under the construct. The planet Mogo helps facilitate Kara's escape back to her ship where she finds Krypto holding the stone in his jaw. As she is taking off the panicked little alien from issue #21 tells a being named Gandelo that no files were breached and a tracking device has been placed on her ship. Gandelo replies, "Unlike other members in this circle, I will destroy anyone who dares undo our progress, bring me the spy. He will destroy her."

Story - 4: I am going to continue this streak of giving this a solid 4. Great writing with an interesting plot that makes you want more at the end of every issue. This was close to getting a 5, but the lack of real story progression held the rating back a bit. Personally I feel the last two issues could have been told in one and that this story was stretched out to make it suitable for a trade paperback.

Art - 4: Let me start off by saying I love the costume design in this issue. Maguire continues to amaze me with his simplistic yet stunning work page after page. For whatever reason the lack of facial definition does not bother me here, a usual pet peeve of mine, on the contrary I feel if the facial expressions were defined in more detail, it would take away from the overall style of this book.

Cover Art - 5: It's ArtGerm. It's a special foil cover. Need I say more? After a nice run of covers from a few months back, Artgerm delivers the goods once again. This time reproduced on a brilliant foil cover that makes Supergirl's eyes pop a beautiful shade of blue. While some may complain the cover might be a bit drab, I love it just the way it is, wouldn't change a thing.