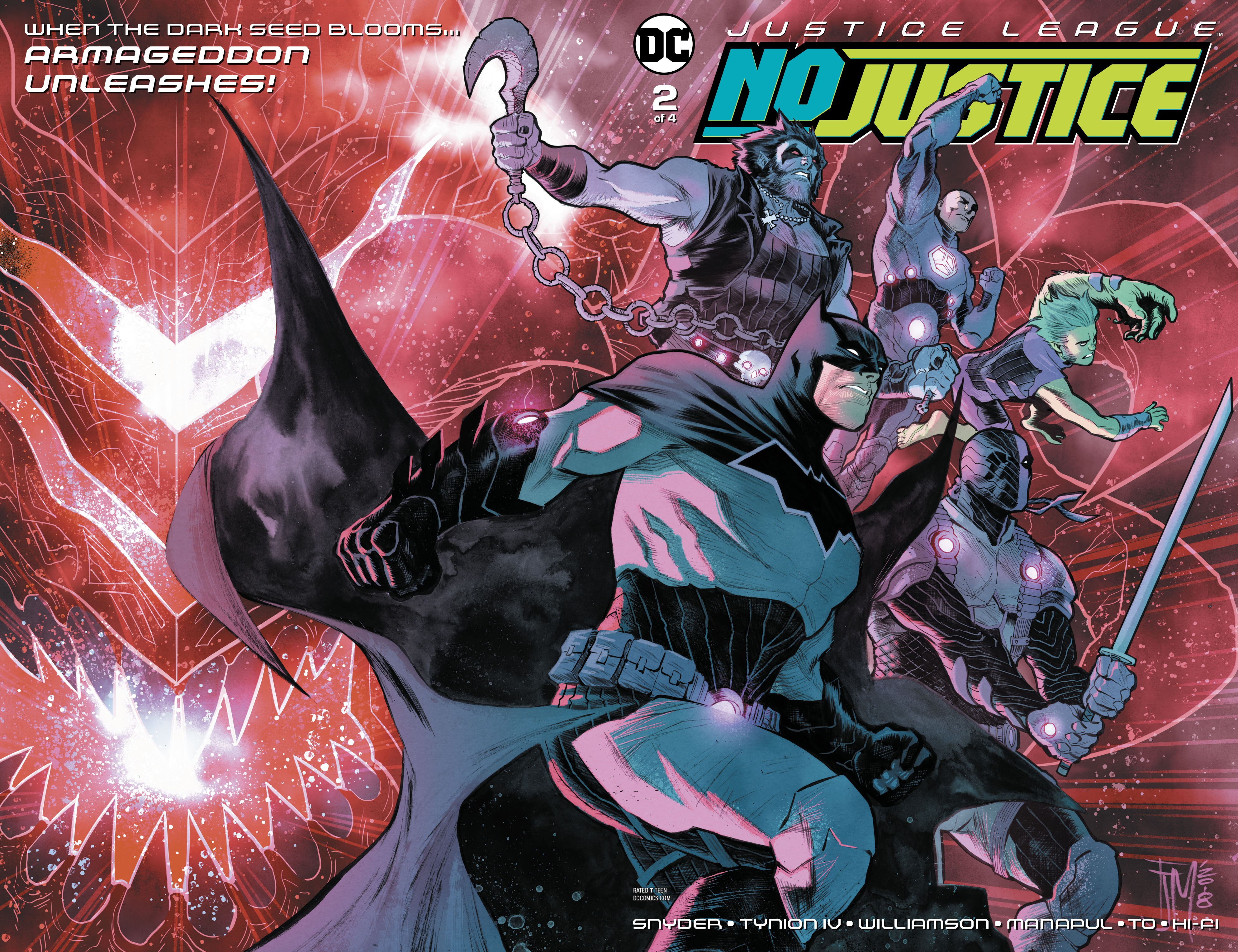 Amanda Waller is in the Arctic Circle, when General Lane tells her to turn around. After a war of words Amanda Waller is given one hour, but a well placed arrow says otherwise as Green Arrow wants to know where is the Justice League? The heroes, and villains, up on Colu agree to split up into the teams the now deceased Brainiac assigned them to. Waller tells Arrow that she has learned that Earth is next on the extinction list and with the majority of our heroes in space and the remaining in some sort of stasis, Earth is left no choice but to dig up its Dormant Cosmic Seed. The four teams head to the four different trees and attempt to solve the mystery each tree holds. After some encouragement from some unlikely allies, at the Tree of Entropy Batman's team uncovers Vril Dox, but you can call him by the name his father gave him Brainiac 2.0.

Story - 4: After a solid first issue of essentially exposition, issue 2 is all out action, which is good considering this is a four issue miniseries. There is a lot that needs to happen in just two more issues. That being said the dialog was great. The strange dynamics of each team makes for some interesting conversations, like Lobo helping Beast Boy find his true beast. It was a nice touch that we are given insight to where the other heroes left on Earth are, putting them in stasis was a great idea, I only hope Snyder and company go back to them before the end and not leave them in limbo like another prolific writer did back in a Bane story arc. Just like the first, this issue reads like an epic Summer blockbuster film. Knowing a little bit of what happens after No Justice, it will be interesting if they can pull it all together with just two issues remaining.

Art - 4: Still solid, but a step back from the first issue. Some pages look really sharp and clean while others look a tad rushed. Once again using a softer color palette, it seemed that as the issue continued, the colors got a bit darker, or maybe it's just my imagination.

Cover Art - 4: Another good cover but nothing spectacular after seeing last week's, next week's should be predictable. Four teams, four covers. I will say I am glad there is only one cover with no variants, I wish that was the case with every book every month.