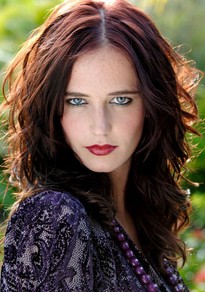 Not too much to report, just small bits of news...

According to the Daily Telegraph newspaper, Eva Green, who has starred in such films as "The Golden Compass" and "Casino Royale", arrived in Sydney last week, and reportedly auditioned for a role in "Justice League of America" for George Miller.

Things are definitely moving forward with this movie, as The Alliance (the union and professional organisation which covers everyone in the media, entertainment, sports and arts industries in Australia) posted on their website last week that they will meet with producers of "Justice League of America" early in the New Year to discuss the engagement of crew to work on the movie.

Lastly, Vivienne To, an Australian illustrator noted on her website that she's working on the Justice League movie.

When asked about his up-coming Justice League of America movie and how he'd treat the comic book franchise, Miller stated, "The Justice League superheroes are in fact related to ancient Greek gods and that will be my reference point."

Reports from the AFI Awards state that the film is expected to showcase a detailed blending of live-action, motion-capture, and CGI animation.