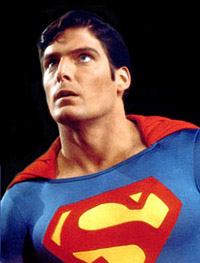 In conjunction with this summer's new exhibition Reflecting Culture: The Evolution of American Comic Book Superheroes, the Montclair Art Museum (MAM) in New Jersey will be presenting Superheroes Under the Stars, the FREE outdoor film series, for all who choose to be a part of the fun. Films to be shown are The Adventures of Captain Marvel (1941) on July 17, Batman: The Movie (1966) on July 31, Superman (1978) on Aug. 14, and Batman Begins (2005) on Aug. 28. All films will begin at 8:30 p.m. and the viewings will take place on MAM's front lawn in front of a large outdoor screen.

Those who attend Superheroes Under the Stars are encouraged to bring whatever they choose in order to make the event as fun and as comfortable as possible. Everything from blankets and chairs to snacks and sodas will make the occasion that much more enjoyable and relaxing. For the occasion MAM will have a popcorn machine and distribute free bags filled with freshly popped popcorn to the audience.

The exhibition Reflecting Culture: The Evolution of American Comic Book Superheroes, is on view July 14 through Jan. 13, 2008. The exhibition displays over 100 original drawings, rare comic books, graphic novels and other ephemera from the Golden Age of comics (1938-1946) to the present, while focusing on the ever-changing superheroes and comic books as being reflective of the social events and attitudes of the times. Many of the never-before-seen pieces on display have generously been lent to MAM from the private collection of Michael Uslan, Executive Producer of Batman and Batman Begins. Specifically for the exhibition, MAM has constructed a movie theater that will offer regular screenings of the film Comic Book Superheroes Unmasked (2003), which further elaborates on the concept of social occurrences' effect on comic books.

The Montclair Art Museum is located at 3 South Mountain Avenue in Montclair, New Jersey. Information and directions are available from the Museum website, www.montclairartmuseum.org, or by calling (973) 746-5555. MAM is open Tuesday through Sunday, 11 a.m. - 5 p.m. Closed Mondays and major holidays. Museum admission is free to members and children under 12; $8 non-member adults, $6 senior citizens and students with I.D. Admission is free to everyone on Fridays from 11 a.m. - 1 p.m.