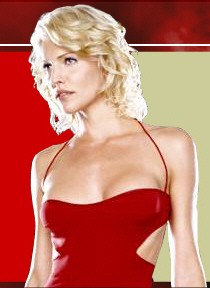 According to a rumor posted over at JoBlo.com, a Supergirl movie may well end up being made after all (with rumors of a new Supergirl movie having died off way back in 2004), with Battlestar Galactica's Tricia Helfer touted as one of the possible women being considered for the lead role.

The Superman Homepage contacted Helfer's management who stated, "We can't confirm anything at this point". So take this as an unconfirmed rumor at this point in time.

Helfer is in her early 30s, but it's unknown if this new attempt at a "Supergirl" movie (if indeed there is one) is still working under the above specifications set out in 2004.

Meanwhile in other movie news, Dark Horizons reports that Tom Welling has signed on to a supporting role in a remake of the Michael J. Fox "Teen Wolf" movie. The original 1985 movie script was written by Jeph Loeb, however the lead role in this new version will be a female character.