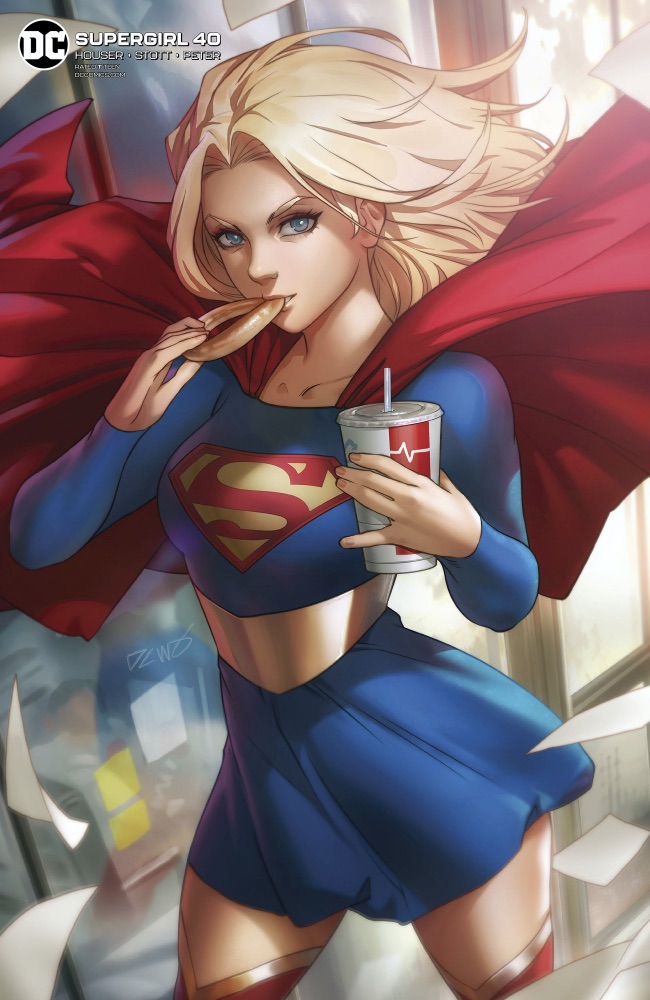 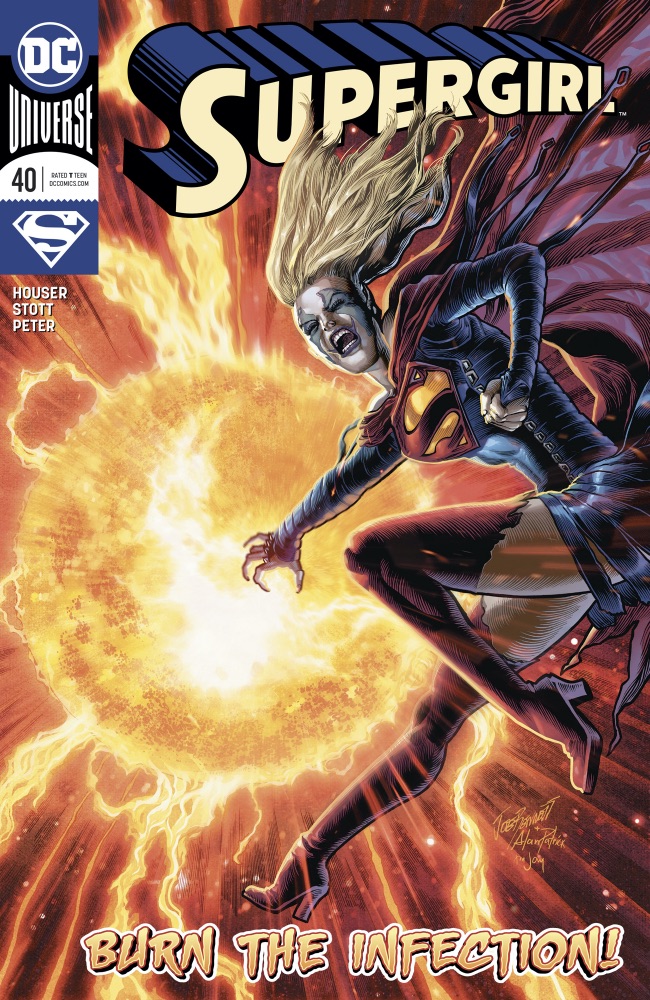 Reviewed by: Adam Dechanel
Click to enlarge
Wonder Woman realizes that the kryptonite from the robots weakened Kara enough for the virus to get a stronger hold on her body. Diana promptly dispatches of the deadly mineral and tries reaching out to Supergirl in between exchange after exchange of blows.

Kara's personality begins to re-emerge but when Diana's words cut too deeply Supergirl almost kills the Amazon. If not for Krypto's intervention Wonder Woman would be no more but Diana makes one last attempt to reach out to Kara.

When Supergirl realizes the people of Smallville hate and fear her new 'evolution' where once they had loved her, she tries to kill the disease.

Saying a tearful farewell Kara launches herself into space and into the warmth of the sun. Hoping to burn the disease out of her doesn't work and the flaring sun forces Kara back to Earth and into the grasp of The Batman Who Laughs...

To Be Continued in Hell Arisen...

Then come back for the two part series finale...

Story - 1: No, you'd be forgiven for that feeling of déjà vu. It's Wonder Woman versus Supergirl... again. And now after seeing this play out for yet another month, we have to buy a tie in title for the resolution. If the intention was to murder this title, congratulations. I doubt many people will even care about the series finale. When this book returned it was consistently better than the Superman books. I'm sad that this series has plummeted in quality to the point where it is unreadable. It has now become so bad the Superman books are better... and that is saying something.

Art - 3: Just like the past few issues, more of the same. The art shines with the fight scenes and with the book being 99% fighting, it was really good to see Stott utilizing the opportunity. The scenes with Krypto were nice but not as emotionally powerful as when they were in space together. Still, Stott illustrates their connection beautifully.

Cover Art - 5: This is a pretty cool cover, where the infected Supergirl actually looks badass attempting to burn the illness out of her. I don't like the diseased Supergirl concept for Kara but this does look good. I really like the way this is coloured and finished, really eye catching.

Variant Cover Art - 5: I love these variant covers. This one more than the others has a more hand drawn anime feel to it. I have really enjoyed these covers as pieces of art and hope, despite the series being cancelled, that we still get to see Chew's take on Supergirl again soon.